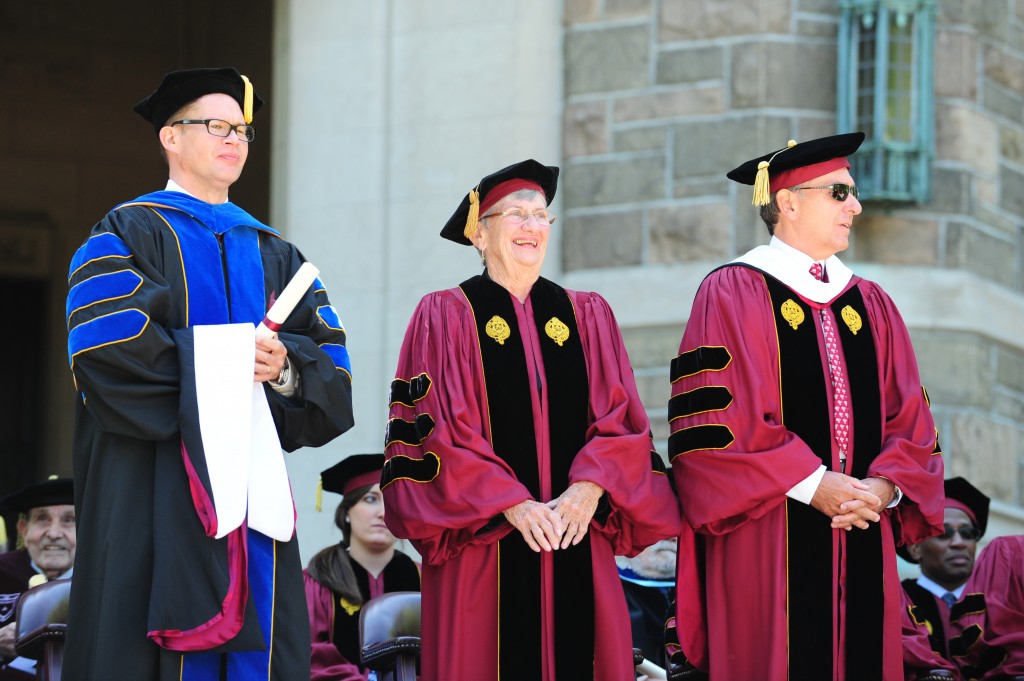 Dominican Sister of Hope Mary Alice Hannan’s vocation began when she was around ten years old. Her father had died, she was ill, her mother was soon to be remarried, and the Dominican Sisters of Newburgh were helpful with all of it. They visited her in the hospital. They helped her catch up in school. They prevented other students from teasing her about her home life. Between their charity and the special feeling she got when receiving the Eucharist, Sister Mary Alice knew that she was being called to religious life.

“I wanted to do for others those little, kind things that others were doing for me,” Sister Mary Alice said.

So, after high school, she entered the convent in Newburgh. However, she quickly learned that the novitiate was not easy. The schedule was heavily regimented, silence was observed, and communication with family was nearly cut off.

“I found those first years very difficult,” Sister Mary Alice said. “I didn’t know what I was getting into.”

Between the cleaning, scrubbing, and praying in Latin, Sister Mary Alice was exhausted. But, she realized that, difficult as it was, the novitiate was only temporary. She remembers: “At some point, halfway through, I said, ‘This is just a chapter. This isn’t the rest of my life. This is something that has a purpose.’”

Within two years, she had a full-time job as a teacher. However, it turned out that teaching wasn’t the best fit for her, either. “I didn’t want to teach. I never wanted to teach, and I joined a teaching order,” she said of her first ministry. “But I never thought of [the sisters] as teachers; I thought of them as good women.”

At nineteen years old, Sister Mary Alice was responsible for teaching seventy-two third-graders. Although it was clear to her that teaching wasn’t her calling, she grew to love the kids. She liked watching their minds. She liked the people and the journey. 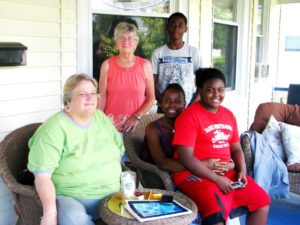 Sister Mary Alice taught for twenty-five years, but her main source of joy was not in the classroom. While teaching, she also began volunteering at Covenant House, a Manhattan shelter for homeless runaways under twenty-one years old.

“I had started volunteering there mainly to keep myself sane,” Sister Mary Alice admitted. “I knew I was maxing out on teaching; [volunteering] kept me alive. It energized me.”

On Wednesdays, when she would have otherwise taught religious education classes, she got permission to go downtown and volunteer instead. She remembers that her students would tell her on Wednesday afternoons, “Go, be happy. You’re happy tomorrow when you come back.”

Eventually, she toyed with the decision to quit teaching and pursue social work full-time. Although it made her an outlier in her teaching community, she knew her heart was in the shelter.

“I don’t know if anybody else in the congregation was [pursuing social work],” said Sister Mary Alice. “That part of my life was ‘What the heck am I doing?’ and ‘Do I fit in?’”

She got a full-time job as the Director of Volunteers at Covenant House, and she immediately fell in love with it.

“A lot of the workers were lay volunteers, and I loved them,” Sister Mary Alice said. “They were such great people. It took on a really interesting framework: I think the original hours were supposed to be eleven to something, but I would be out all crazy hours of the night just to get to know the volunteers.”

While Sister Mary Alice took on this new schedule, she was often unable to make meals with the sisters (strictly at five p.m.) or even communal prayer. But she remained steadfast in her pursuit.

“[I loved] to watch the relationship between the paid volunteers and the executives of the community and see how everyone brought out the best of each other,” she said. “There was something good there. Part of [Covenant House’s] mission is community, and they did it really, really well.”

Twenty-five years after entering the novitiate, Sister Mary Alice Hannan finally found her calling in social work. She earned a Masters in social work from Hunter College. She went on to open two homeless shelters and to serve as a program director for Encore 49 Residence.

In 1996, when she accepted a position as the executive director for Part of the Solution, one of the largest emergency food programs in New York City, Sister found her home.

She describes POTS as “the church at its best:” the community kitchen featured real plates set about on tables of four. When the meal was served, the volunteers, the homeless, and even the executive director all broke bread together. It was, as Sister Mary Alice remembers it, a true community.

“People really cared,” she said. “Whether you were smart, dumb, black, white, green, or purple, it didn’t really matter. We were helping each other and not judging each other, and respecting gifts. I think that’s what church is.”

Altogether, pursuing social work not only made Sister Mary Alice feel more fulfilled as a person, it renewed her mission of being a Dominican sister, as well.

“I really entered [the congregation] on my twenty-fifth anniversary [of being a sister],” she said. “Before that, I wasn’t sure.”

Watch Sister Mary Alice talk about HOPE from her home, Desda’s Grate, in the video below:

Although her schedules and job titles haven’t matched those of the congregation, it was good that she had the courage to quit teaching and pursue something new in her forties. For others considering a mid-life career change, she says that the switch is all about doing what God wants you to do, rather than remaining fearful of others’ reactions or standards.

For instance, once Sister Mary Alice learned that the congregation didn’t want her to follow the crowd, but rather to do what was best for her, she was able to find her true calling. Contrary to her fears, the congregation was “very genuine and very good” about her move from teaching to social work.

“I probably spent a lot of years worrying about fitting in and doing what they wanted,” she said. “The reality was they just wanted you to do what God wanted you to do.”

Now nearly sixty years after she first entered the convent, Sister Mary Alice is happy she stayed. In 1999 Sister Mary Alice retired from her job at POTS, and, along with a Board of Directors, she purchased a two-family house in New Rochelle. They chose the property because it is close to good schools, colleges, hospitals, and public transportation, but also because the structure feels like “home.”

In 2000, the space opened as a homeless shelter for homeless, single moms. Sister Mary Alice now lives and works full-time in the shelter, which is called Desda’s Grate. In 2014, Sister received an honorary Doctorate from Fordham University for her work with the Bronx and Greater NYC community.

In the end, her choice to pursue social work was difficult, but she has no regrets about the result.

“I love every second of it,” Sister Mary Alice says. “You know when something’s right.”