A Sister on a Mission 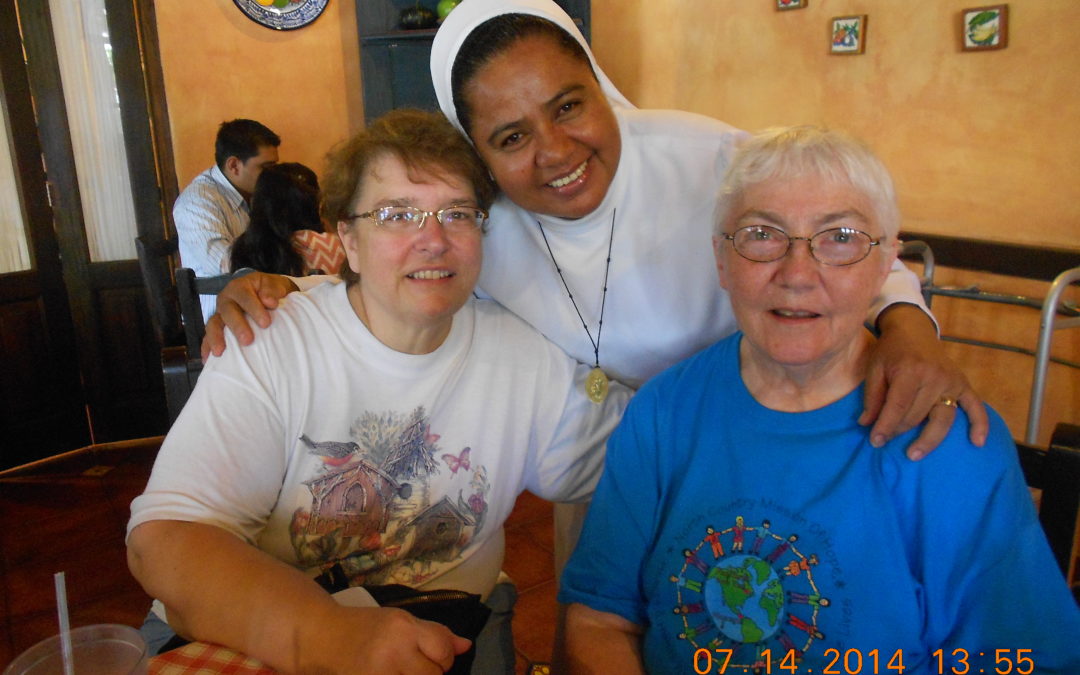 Fast forward forty years, and Sister Debbie is the Executive Director and Co-Founder of North Country Mission of Hope, an organization that provides education, healthcare, community development, and ecological sustainability in the poorest parts of Nicaragua. She’s been to the country sixty times over the past seventeen years, but she wasn’t always as eager to go. 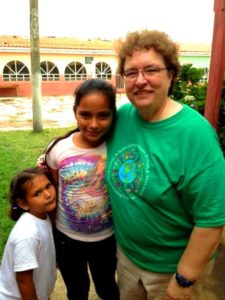 In fact, she tried hard to get out of her first mission trip.

In 1998, Sister Debbie had made up her mind that she was not going on a trip to Nicaragua that February. She was then the Campus Minister and Scripture Teacher at Seton Catholic High School in Plattsburgh, NY, and, although fellow Dominican Sister of Hope Stephanie Frenette planned to go, Sister Debbie resolved not to join. She was scared of flying, terrified of spiders and snakes, and she had a job to do back in the States, anyway.

Then she won an all-expense-paid trip to Orlando for a vacation. Immediately, the guilt set in.

“How can I not go to Nicaragua if I’m willing to go to Florida?” Sister recalls questioning.

She did some fast footwork. 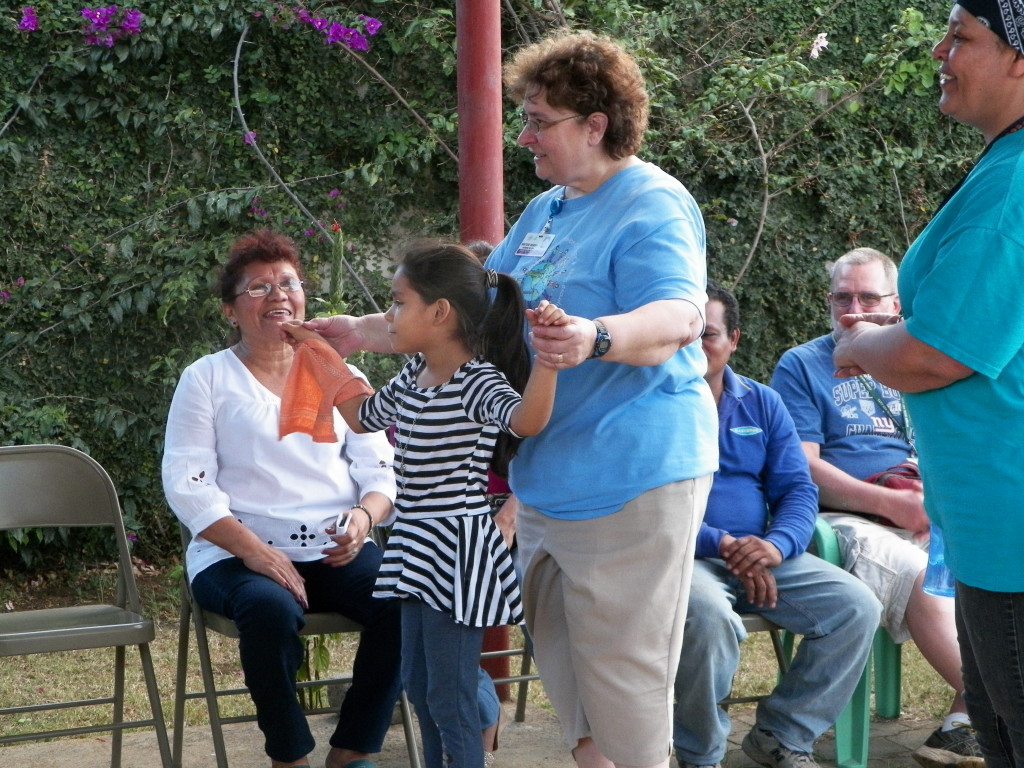 When she inquired about getting a passport –figuring it would be much too late to receive it in time for the trip—the girl at the desk, who happened to be a former student, offered to expedite it at the woman’s expense.

Sister Debbie then called the local health department with the suspicion that, with less than a month before the trip’s departure, it was far too last-minute to get the necessary shots. They had an opening for her that afternoon.

A call to the travel agent was the final straw; the going and returning flights had open seats.

Reluctantly, Sister Debbie put her name on them.

Such began her first voyage to Nicaragua, nearly in spite of herself.

“This was something bigger than me,” Sister Debbie says. “It was not something I controlled.”

Once she went, she was hooked.

Sister Debbie saw first-hand the poverty of the country: she saw villages destroyed by natural disasters, families without access to education and healthcare, and homes without electricity and water. But, amidst the need, she discovered a gift. She became grateful for all that she had, and felt empowered to enter into a mutually giving relationship with the people she met. 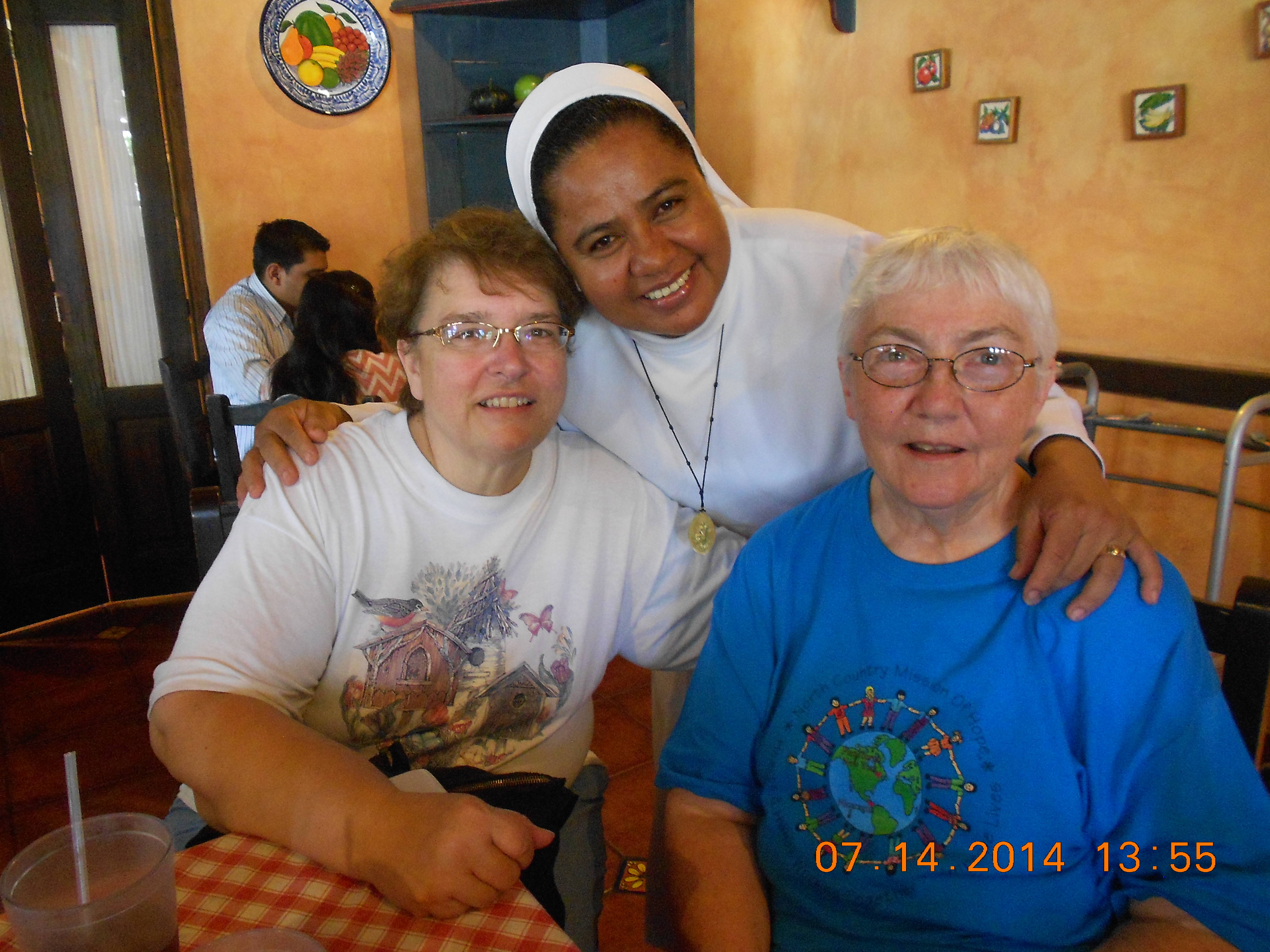 Sr. Ligia Rivas, Sr. Stephanie and Sr. Debbie. Sr. Ligia is a San Jose Sister who lives and works in Central and South America Sr. Ligia and The Mission have been working together for years, providing healthcare to extremely rural folks who do not have access to healthcare.

“Gratitude empowers,” Sister Debbie explains. “It’s an empowerment that allows you to share your blessings. Because you’re grateful, you are moved to action.”

Indeed, Sister Debbie was moved to action. Believing, as one of her students expressed to her, that never returning to Nicaragua would be the “greatest sin,” she began fundraising for the people, and encouraging others to go with her.

Seventeen years later, Sister Debbie has taken over 1700 people from sixteen states and twelve countries to Nicaragua via the North Country Mission of Hope, which she co-founded in 1998. 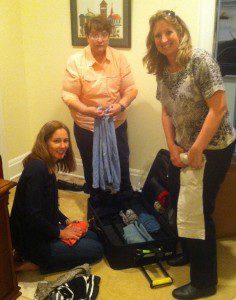 Carol and Holly pack suitcases full of supplies headed for Nicaragua with the next North Country Mission Trip!

North Country Mission of Hope, or “The Mission,” as she calls it, brings education, healthcare, community development, and ecological sustainability to Nicaragua. People can become involved by donating, sponsoring a child, building home shelters, buying water filters….or attending a trip.

At the moment, Sister Debbie is preparing for her July trip, and for facilitating a clinic in June, with twelve dentists from Loma Linda University that will see a minimum of forty patients per day.

According to Sister Debbie, this is a chance to provide dental care, without which many people die.

“The deeper you go into it, the more you see need,” Sister Debbie says. “You say, ‘I thought we had this level of poverty taken care of,’ and then you peel off another layer.”

The dental clinic comes on the tail of three food grants (a total of more than 750,000 meals to serve somewhere around 4000-5000 children in more than 8-9 schools) and a successful WeRaise fundraiser to provide tables, chairs, storage containers, vats of oil and chicken broth and red beans, as well.

“The harsh reality of course, is that there are many more hungry children in our barrios and schools that are undernourished and malnourished and in need of a daily meal,” Sister Debbie says. However, in her next breath, she notes that these developments are a “modern-day miracle.” A miracle that, she notes, is all about hope.

“People say I co-founded The Mission,” Sister Debbie says. “I really believe the Mission found me. It was a no-brainer; it is so consistent with the mission of the Dominican Sisters of Hope.”

“We bring hope, share hope, and receive hope,” Sister Debbie says of The Mission. “Those are what modern-day miracles are all about. That’s what hope is all about.”

The sixty-first mission of the North Country mission of Hope heads to Nicaragua this July. There will be 37 people from 5 states and 2 countries who will journey (along with Sister Debbie) for a life-changing experience. Among their tasks will be the construction of 10 home shelters, medical outreach, renovating a hospital and assisting in the preparations and necessary construction to accommodate the shipments of food that will soon arrive to feed the hungry.

Even now, all these years later, Sister Debbie remains passionate and committed to sharing HOPE with those living without in the developing country of Nicaragua. Even now, Sister Debbie is well aware that the integrity of the Mission of Hope and its Mission statement are the focal points of all that they do in service to the poor. And yes, indeed, even now, the Mission of Hope remains committed to changing lives, both in Nicaragua and here in the U.S. as well. This Mission of Hope truly understands, as does its Executive Director and Co-Founder, that “we are all called to act justly, love tenderly and walk humbly”* with God and with one another in HOPE!