“But I say to you, love your enemies” 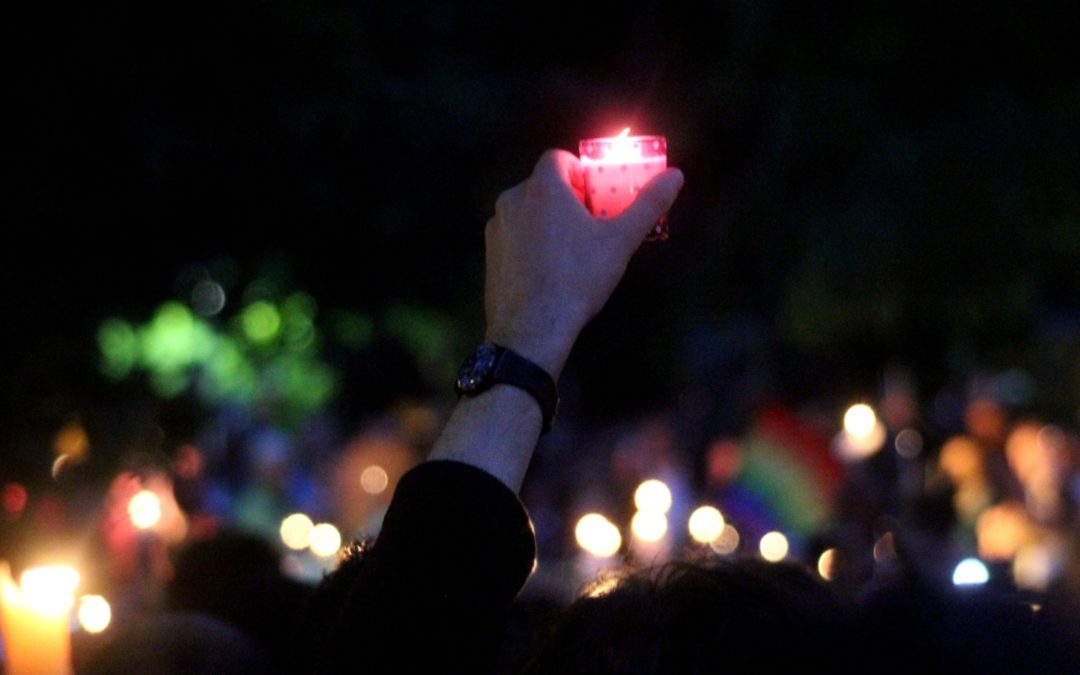 In her recent article, Behold, the Body of Christ, Sister Nancy Sylvester describes two images:  (1) a First Communion scene of happy 7- and 8-year-old girls and boys and (2) a TIME photo of 7- and 8-year-old girls and boys being used as Boko Haram suicide bombers (alongside their mothers, grandmothers and infant sisters being brutally raped and assaulted by soldiers in South Sudan). She makes the point that both groups of children are members of the Body of Christ.

Of course they are. But not only the children. Not only “our” people. She continues:

“Today I believe we bring all those who perpetrate violence as well as all the victims to our communion table. We stand in communion with them, for them.”

All those who perpetrate violence? We bring them to the communion table?  We stand in communion with them? And, if we are using the word “all,” we need to include the Boko Haram and the ISIL believers who murder people indiscriminately.  And the white police who are quick to kill blacks and the young blacks who target whites. And the damaged souls who just need to kill.

I don’t know how to think about this. No one but God can judge, but how can we avoid judging?  I understand love the sinner, hate the sin but lately the distinction seems to blur.

No, I don’t know how to think about truly loving our enemies but I do know that it’s true. We do need to stand in communion with all humanity.  All  humanity.  Right from our first communions, Sister Nancy says, “we are setting ourselves on a path toward wholeness or holiness which will invite us to embrace the brutal realities that are part of our world and the remnants of such violence that live within us. We are committing ourselves to live in communion with all life. . .”

I don’t think it’s a digression to include the Bible here. Whether or not scriptural stories are factually or figuratively true, their message, on one level at least, is certainly one of violence and hatred.  Cain kills his brother very early in our Holy Book.

The contexts for these subjects were eliminated when the Lectionary was compiled and “the net result is that large numbers of devout, Bible-reading, church-going believers have not been given the opportunity to dwell with Scripture where many moments of Scripture dwell: trauma.”

She tells us that trauma means wound and that “to adhere to a canon of Scripture, as Christianity does, means adhering to all of it, not just the parts that are easier to understand or that fit into our preferred theologies. In the spirit of Dietrich Bonhoeffer, who argued against ‘cheap grace,’ readers of the Bible should not be seduced by the temptation toward reading ‘cheap Scripture,’” cherry-picking the happy stories, ignoring the wounds.

We need to read Scripture because we need to discover who we are, together, as wounded inhabitants of a wounded Earth, creatures of a God who meets us where we are. “We are in process,” says Ms. Guerrero. “We have suffered traumas. We participate directly and indirectly in the traumatic experiences of others. We carry those traumas forward with us.”

Although often hidden, God’s healing exists within each moment of pain that comprises our ongoing salvation history, a history lived in relationship with those who hate and those who love.  A relationship that only God understands.

As Teilhard de Chardin, cited by Sister Nancy, says, “God’s desire is nothing less than the growth of the world borne ever onwards in the stream of universal becoming. . . . a desire, irresistible, hallowing, which makes us cry out, believer and unbeliever alike: ‘Lord, make us one.'”