Easter in Iraq, a Letter from our Dominican Sisters in Erbil 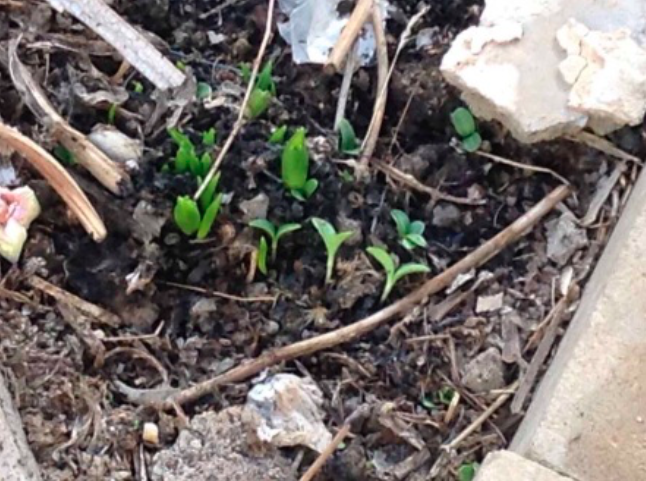 John 20: 14-16 tells us that Mary went to the tomb to look for the body of Christ. In her search, she turns first but does not recognize the Lord; she keeps searching. Only, when He calls her name, she turned again, and knew it was the Lord who was speaking to her.

Mary is worried. She feels that the lord is not with her. At this point, with Mary, in our search for the Lord, in perplexity, we keep turning around ourselves searching for the face of the Lord; and question ourselves in everything we do. Which one is right? Those who returned to the Plain of Nineveh? Those who remain in the exile? Those who left the country?

In general, people who returned see future in their children going to schools, they see future in the rebuilding of the town, and they see future when the roads are cleared and repaired. However, there is still so much to be done. And, apparently, people have the good will to work hard and hope for the future, but there is something that is slowing down their journey. Deep down, people, and the sisters with them, ask: how long will this time of quietness last? Every morning we start a new day, but at the end of the day we wonder if what we have done has any meaning, since our presence is so threatened by the terrorists. Our government’s weak position and its lack of serious action toward what is happening in the Plain of Nineveh, and in the country in general, makes people think whether returning or even staying in Iraq is the right decision to make. At this time, there are so many promises by the government, but we realize that this is because of the upcoming election in May 2018.

As for those who retuned, they still see the ruins left by ISIS every single day. People still hear the sound of mines and explosive devices in some places (like Qaraqosh and Bashiqa). But they still go on with their life. In our journey, we know that the risen Lord is there even if the fog caused by war prevents us to see Him. Maybe we need to understand that the Lord is calling us to a new sense of being where we have to embrace all the paradoxes of our reality and move on, trusting that, with Him what we do has a salvific meaning.

As a community, we share with our people the joy of returning and starting new life, but also share the worries about tomorrow. Our work at the primary school and at two kindergartens that we run in Qaraqosh and Telusquf, as well as our pastoral work together with the local priests, helps us to hopefully direct ourselves and our people to turn to the right way in our search for the Lord. Of course, for those who returned, the exile geographically ended, but everyone knows that we all need to return to God. People’s alienation from their towns for some years, caused the spiritual alienation from their traditions, churches, and themselves.

As for those who did not return to the Plain of Nineveh, we are still serving them in the school and two kindergartens. There is no clear idea about what they will do next year, but we have been hearing that schools belonging to the central government in Kurdistan will be closed.

In the midst of all that, we see the hand of the risen Lord working through all people of good will and humanitarian organizations who have not only been helping us rebuild but also, have been very supportive in our ministries. May the Lord bless every effort they make to help the afflicted people. Know that what you do helps restore human before restoring buildings.

We trust that one day we will be able to recognize the voice of the Lord and turn to Him, so that we may go to our community and proclaim, “I have seen the Lord!”

Have a blessed Easter.

Yours in the Risen Lord,