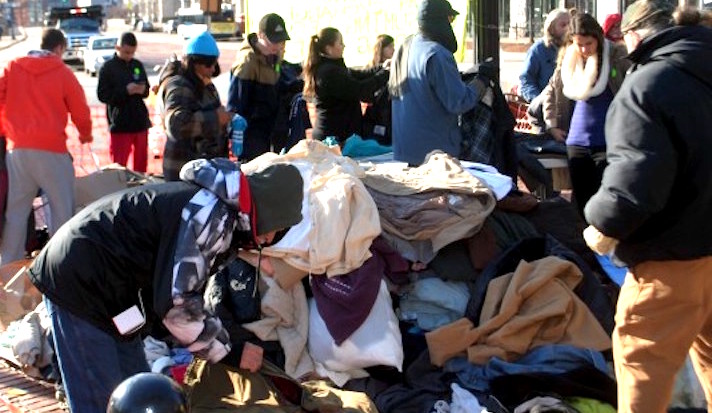 Sometimes, helping others means starting a nonprofit or teaching students everyday for thirty-five years. But, what would our world look like if helping simply meant passing on stuff that you don’t want or need anymore? 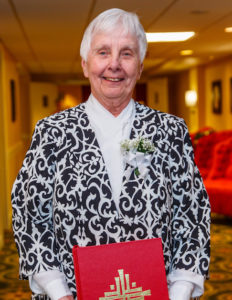 Dominican Sister of Hope Joann Boneski, OP knows this simple –but powerful– ministry well. When a friend of Sister Joann passed away four years ago, her friend gave her bags upon bags of clothing, undergarments, and handbags, for starters. Her friend was a shopper, and Sister was the lucky recipient of her goods.

Sister Joann didn’t keep the clothing for herself. Instead, she loaded up her car, drove to downtown Newburgh, and let people on the street help themselves to the goods in her trunk. What happened next astounded her.

“People who were out on their stoops started coming up to me and asking, ‘How much does this cost?’” Sister recalls. “I answered, ‘This has been given to me. I’m going to share it with you.’” 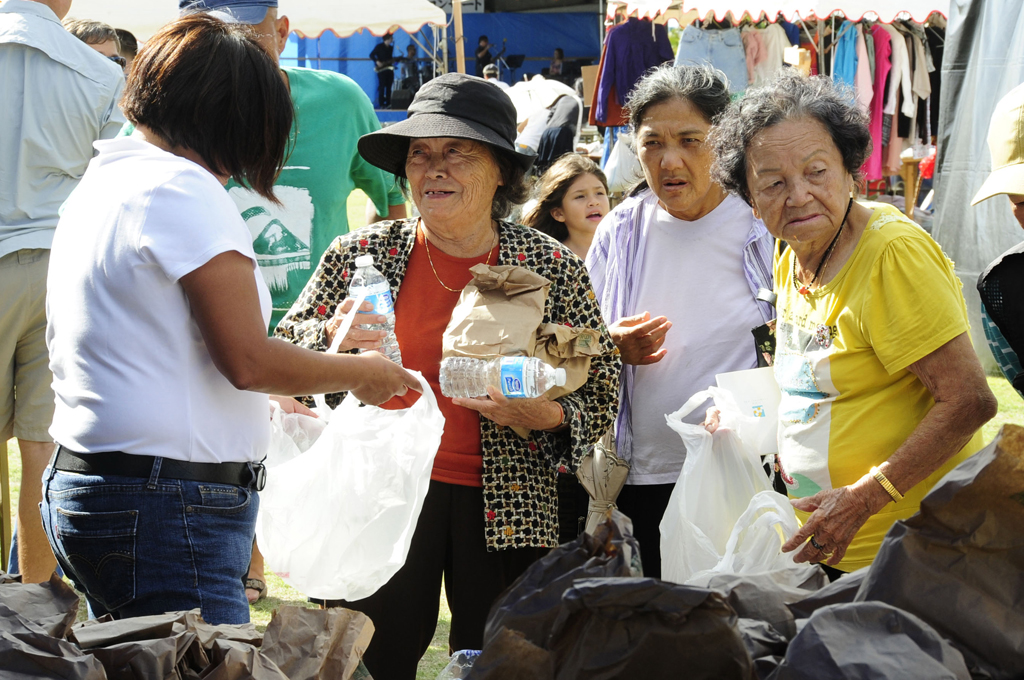 Veronica Gibson, Department of Defense Education Activity teacher on Kadena Air Base, hands a bag to local community members to hold their food during the Kadena Chapel Outreach Ministry Mission Oct. 19, 2013, in Naha City, Okinawa, Japan. The chapel organized an event to give back to the community by collecting donated food and local clothing for the homeless and community members. (U.S. Air Force photo by Staff Sgt. Darnell T. Cannady)

So began her relationship with the poor of Newburgh. Sister started talking with the people and began visiting them. She saw their living spaces, and was moved by how little many of them have (some people, she says, have little more than “a lightbulb hanging from the ceiling”).

As she’s gotten to know the people, Sister Joann has become in-tune with their needs. Sometimes, a family doesn’t have enough to provide breakfast in the morning, so she brings cereal. Sometimes, she brings muffins and just offers to chat. One on occasion, she was able to help a family get bedding and a mattress.

“When I visit these places and there’s a need, I find someone who can help me supply that need,” Sister Joann says. “I have no problem asking for pots, pans, or what have you! That’s what God wants us to do: He wants us to be there for whoever He puts in our path.”

Oftentimes, the needs that Sister Joann helps fill are small but vital. Sister asked friends for donations and thereby helped one woman in a wheelchair obtain a nightgown. She’s helped others by simply providing umbrellas. 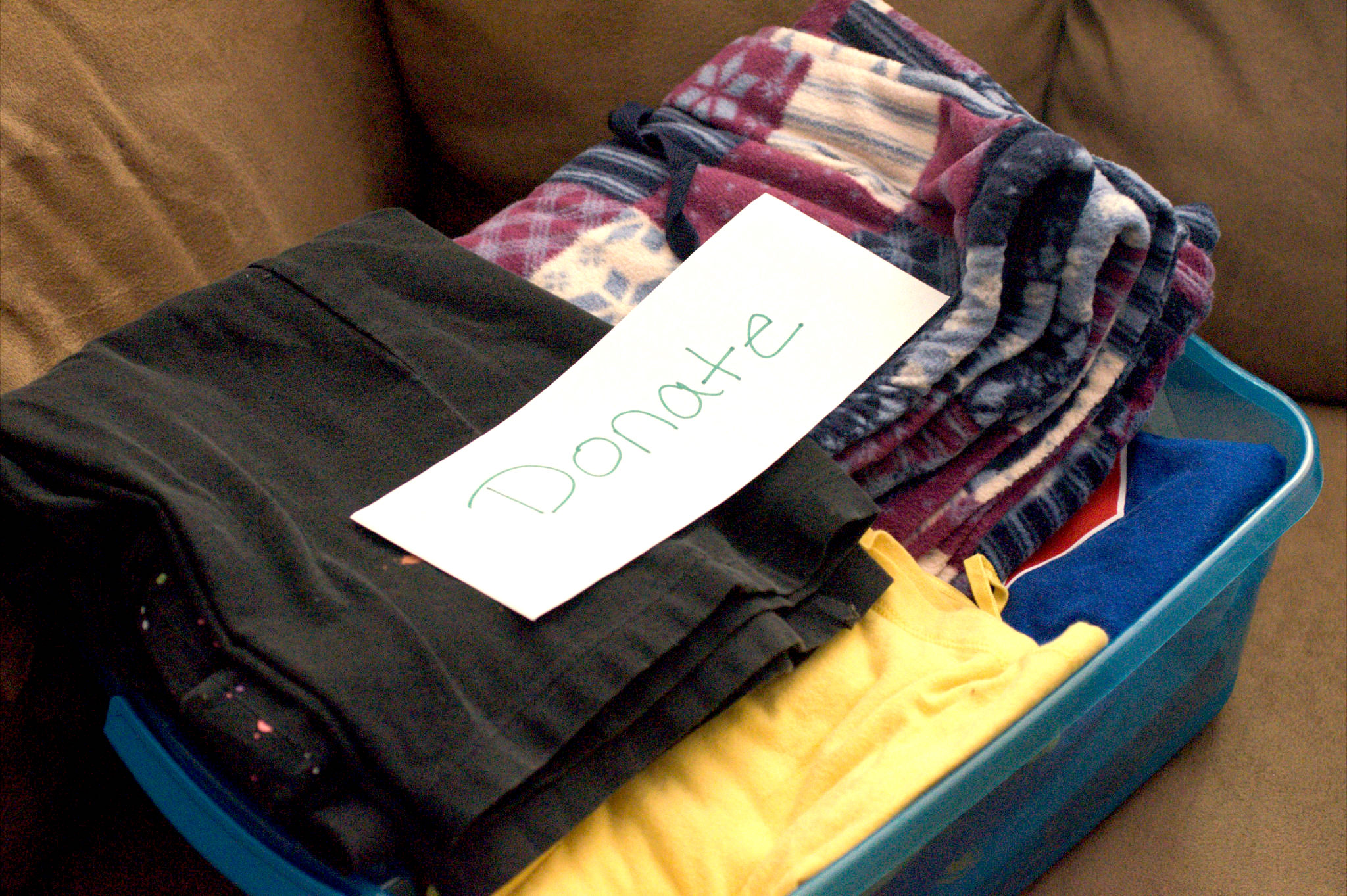 “Our needs and our wants are met,” Sister says. “They don’t have any of that. They can’t just go into a store and buy an umbrella because it’s raining. You give somebody an umbrella, they think you gave them a million dollars.”

Four years after her initial visit, Sister Joann regularly visits downtown Newburgh with a carful of goods. She has no intention of slowing down any time soon.

“I do what I do because I feel that God calls me to be whatever I can for other people,” Sister Joann reflects. “Somebody’s blessings become a blessing for somebody else. I am able to help these people who have so little because others have so much in abundance.”

As the season for spring cleaning rolls around, what do you have in abundance?

Do you have unopened packs of socks or extra toothbrushes from the dentist? Do you have time to spare? Do you have the willingness to bake a batch of cookies or lend someone your ear? As we celebrate both the Easter season and Pope Francis’s Year of Mercy, consider what blessings you might be able to share with those in need, no matter how small the gift.