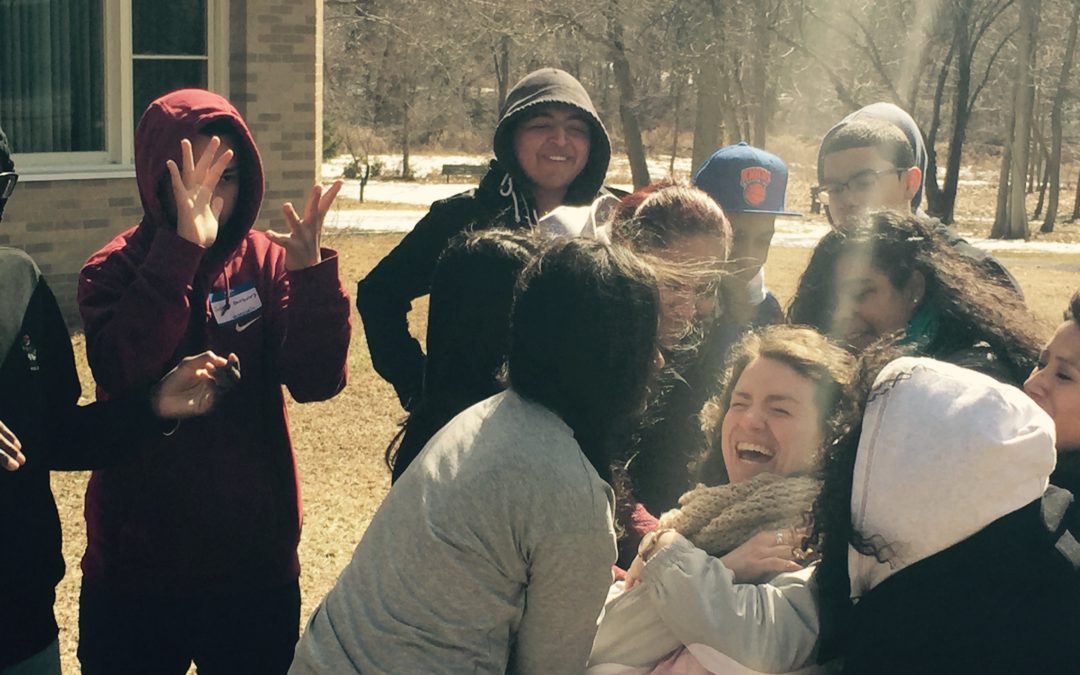 Last Wednesday, one hundred and three freshmen, and twenty-five of their peer mentors and faculty leaders, came to Mariandale Retreat and Conference Center from Cristo Rey New York High School to pray, reflect, and unite as one class. 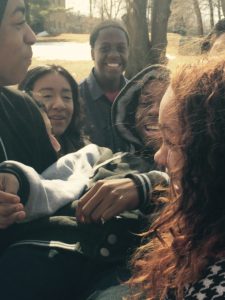 According to the Cristo Rey New York High School (CRNYHS) website, CRNYHS “provides an affordable alternativefor urban families who seek a small, Catholic, college-preparatory school for their sons and daughters.”

Like its twenty-five sister schools in the Cristo Rey Network, CRNYHS offers students from low-income families a quality education and real-life work experience that are designed to prepare them for college and successful careers thereafter.

Students spend one day per week working in out-of-school jobs to pay off their tuition, and they spend the rest of the week in academic classes. Thus far, one hundred percent of students from CRNYHS have been accepted into college.

CRNYHS is a collaborative project of lay men and women, and representatives of three religious congregations: the Sisters of the Holy Child Jesus, the De La Salle Christian Brothers, and the Jesuits.

However, the day-long retreat at Mariandale was led by a Pastor in the United Church of Christ, Reverend Jennifer Wilder. 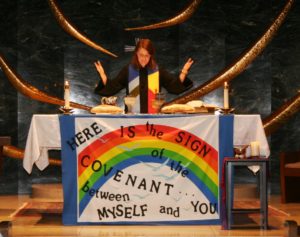 Young and exuberant, Reverend Jennifer serves as the campus minister and religion teacher at CRNYHS. After coming to Mariandale as a spiritual director and on retreats herself, she identified it as the ideal place to bring the freshmen class for a day of “unity and community.”

She says that she wanted to take the students “somewhere beautiful,” and that she saw Mariandale as the perfect place to create “openness and [a healthy] vulnerability.”

“I wanted to get them out of their element,” she says of her students. “Standing over the Hudson River, the chapel, the space at Mariandale lends itself to depth and reflection.”

It’s no coincidence that contemplation is a core value of the Dominican Sisters of Hope, and is therefore implemented at Mariandale, which is a sponsored ministry of the sisters. 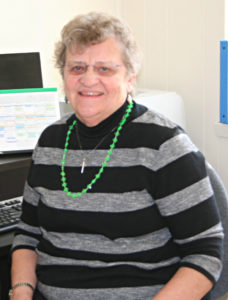 Sister Lois is serving as the Interim Director of Operations at Mariandale, which is to say she books incoming groups and coordinates hospitality for them. According to her, Mariandale embodies the Dominican Sisters of Hope by offering the public a peaceful space to get away and be with God.

Throughout teachings on faith and justive, a prayer service, team-building exercises, mini-olympics, and a boisterous lunch break, CRNYHS students seemed to enjoy their time at the Center. As Reverend Jennifer puts it, if the day spurred cohesion among the students and deeper thinking among them, it was a success.

Those aren’t easy questions for high school freshmen to consider. But Mariandale, under the auspices of the Dominican Sisters of Hope, might be the ideal place to start.