Why I Marched for our Lives, as told by a Catholic Sister 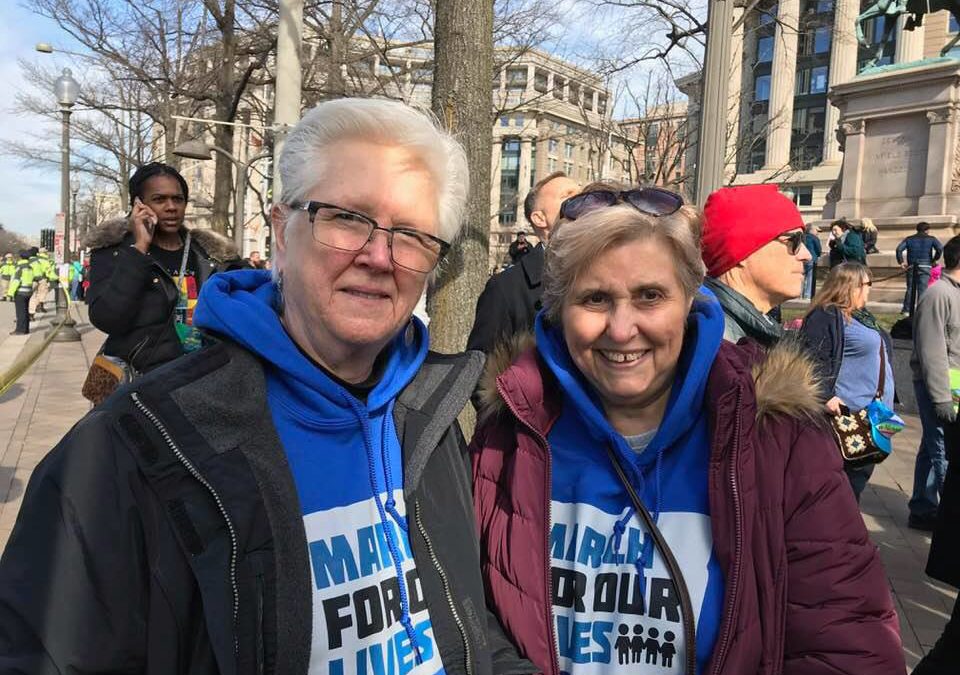 Earlier this month, when Dominican Sister of Hope Mary Feigen, O.P. decided to attend the March for Our Lives, her first instinct was to charter a bus to D.C. and fill it with as many sisters as possible.

As the march drew closer, though, it became clear that the cost of transportation plus asking a driver to wait all day, or even two, while the crowd demonstrated, was unaffordable. By the time mid-March came, Sister Mary and four Dominican Sisters from other congregations had settled on going in a small group. Although she was aware of “sister” marches closer to her home in New York, Sister Mary felt compelled to join the main demonstration in the capital.

“I felt that it was a matter of justice to attend the march,” she says. “It was a sign of preaching through action, but my participation went beyond my identity as a Catholic; it’s important to do it as a person,” she says. “It’s part of our humanity; we’re all one and connected.”

By Saturday afternoon, she and her companions quickly realized that there was no way they could have gotten a busload of people to the center of the march. Even though the five sisters showed up two hours early, the crowd was so packed it was at a standstill; reports estimate that the march had 200,000 to 800,000 attendees.

Yet, on the ground, Sister Mary saw kindness. Under a sunny, clear sky, families and young children banded together. Strangers chatted and made fast friends. Even though the streets were “full of energy,” there was no pushing or shoving. 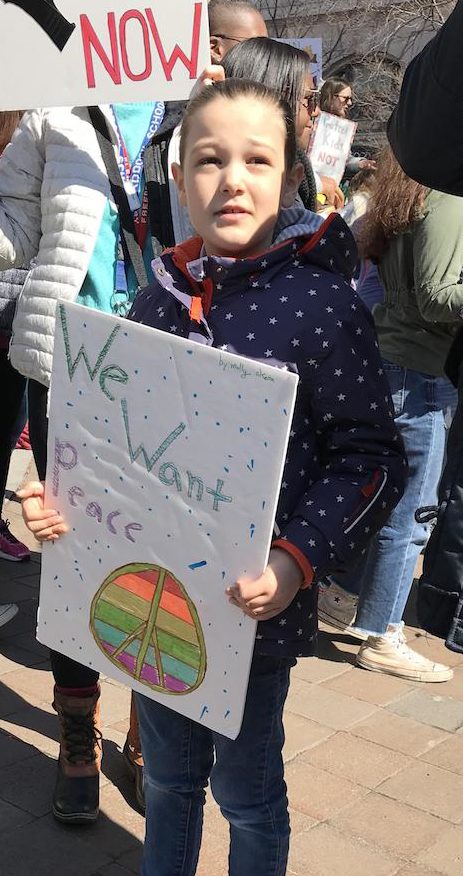 To Sister Mary, the atmosphere of the march around her epitomized the message she hoped to spread: unity, common sense, and care of all of creation.

“I agree with the Second Amendment right to bear arms,” she says. “I marched to protest the lack of background checks, the age at which guns can be bought, and also the kinds of weapons available, which are weapons of war not necessary for self protection.”

“People should be allowed to bear arms, but only responsible people,” she adds. “Not people who are exhibiting signs of mental illness. We have to be better aware of how to detect and control gun purchases.” 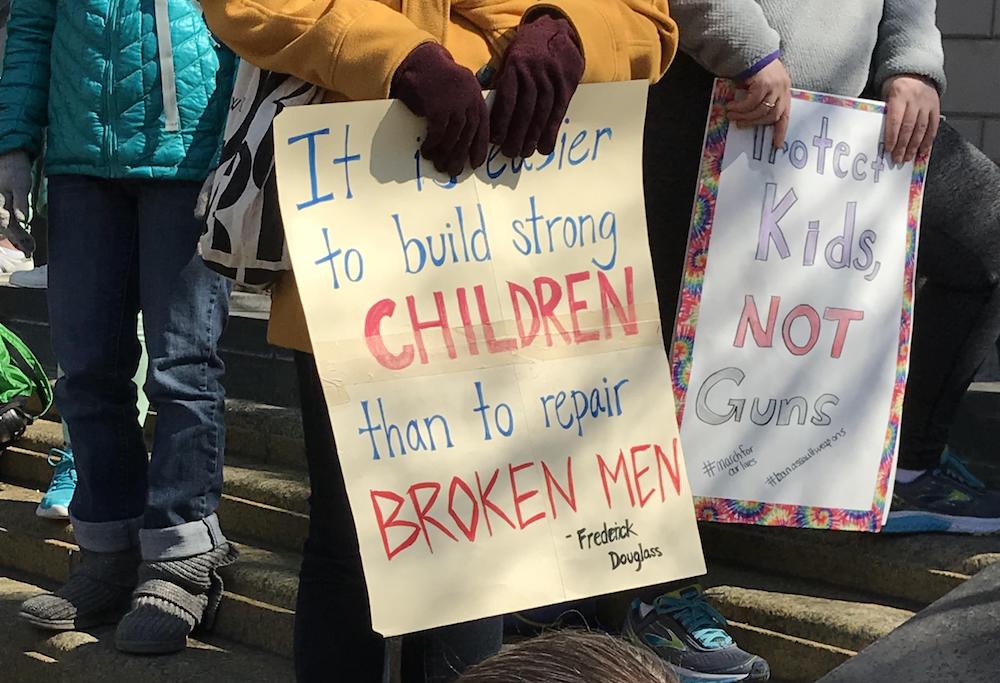 Her words echo those of Parkland student Emma González in her op-ed for Harper’s Bazaar:

“We don’t want people to have their guns taken away. We just want the people to be more responsible. We want civilians to have to go through more rolls of red tape to get what they want because…that tape can stop those who shouldn’t own a gun from owning a gun.”

According to Sister Mary, the experience of watching Emma and her peers speak at the march was one of hope. 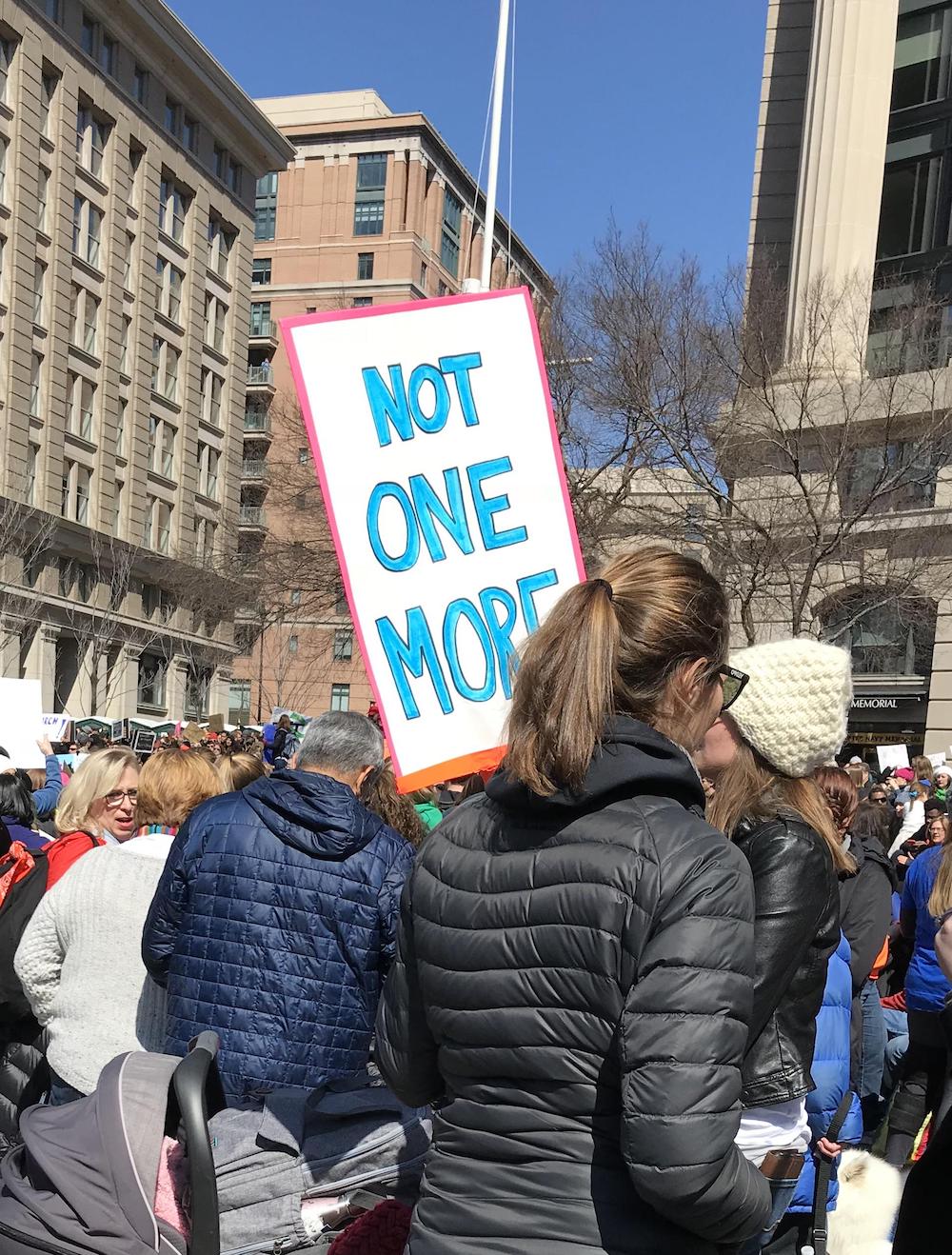 In addition to her desire to advocate for more thorough gun safety, Sister Mary, a career schoolteacher, also wanted to support the teenagers at the heart of the movement. (She encourages anyone who has not seen the Parkland victims speak to watch coverage of their speeches.)

“The march was full of hope,” she adds, “hope for a better world.” 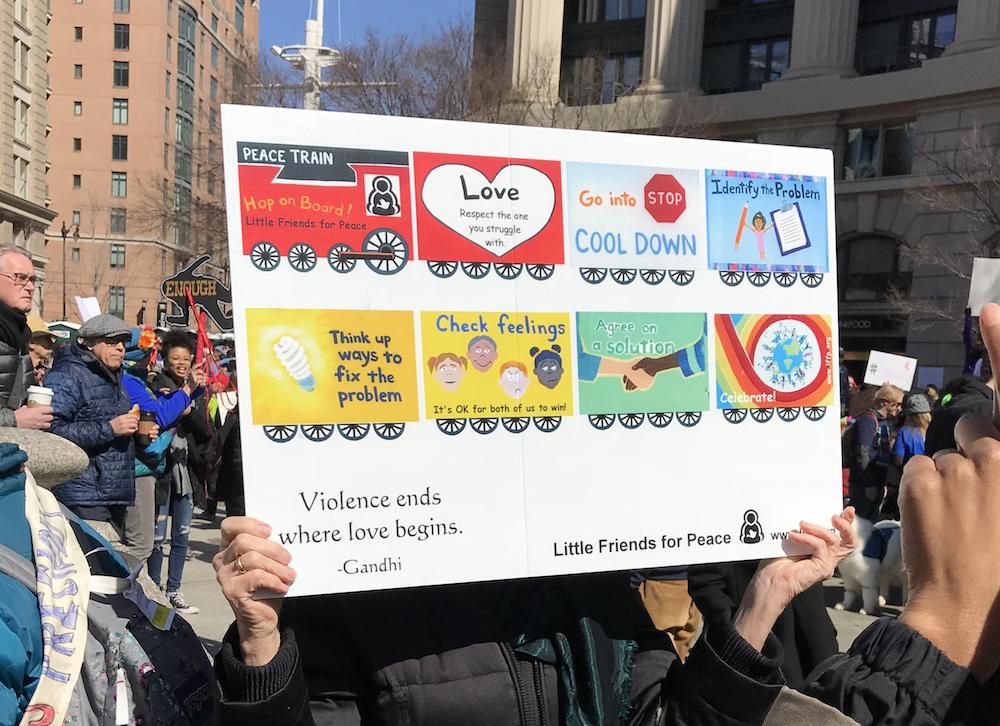 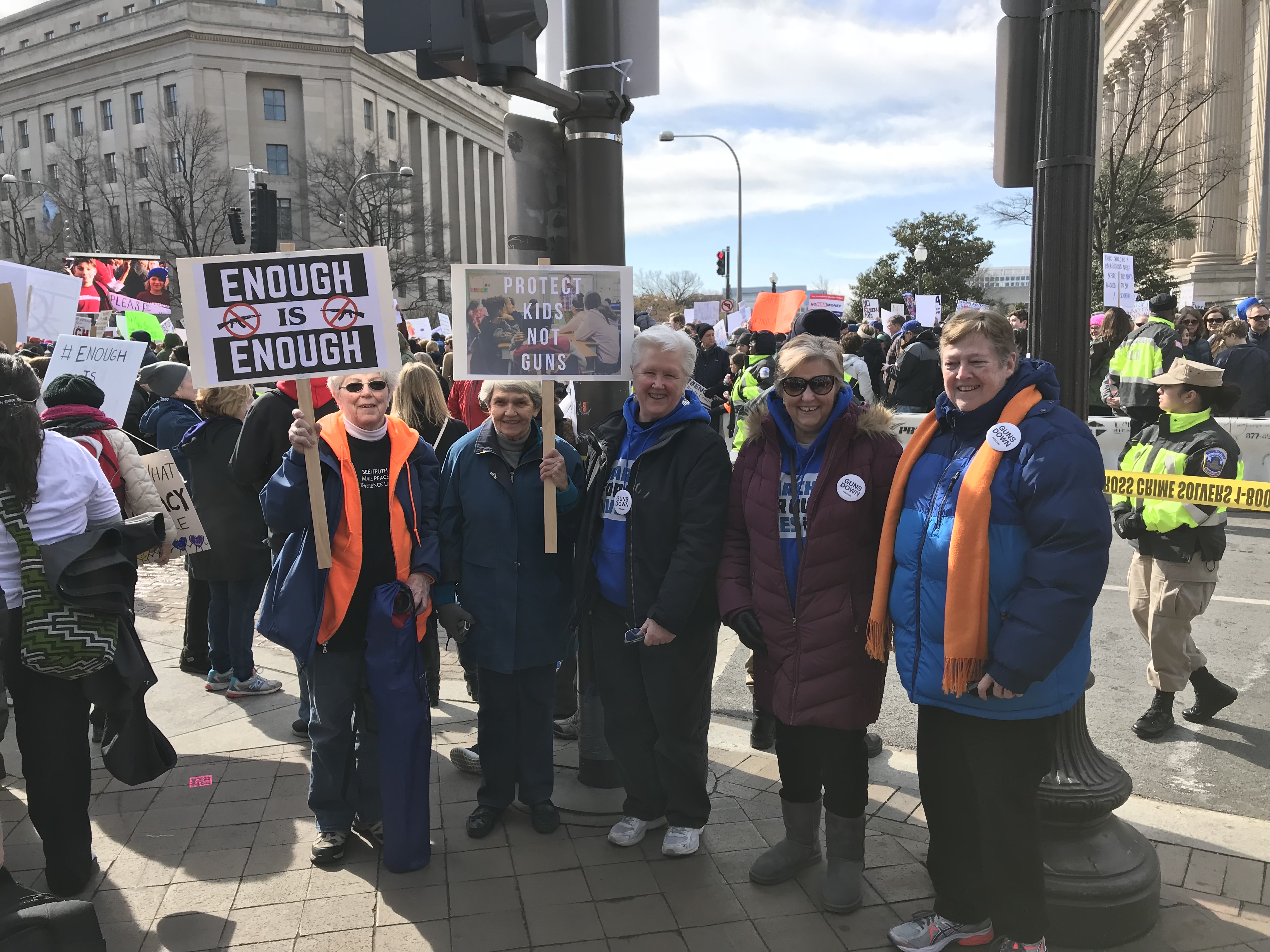 The group of Dominican Sisters present