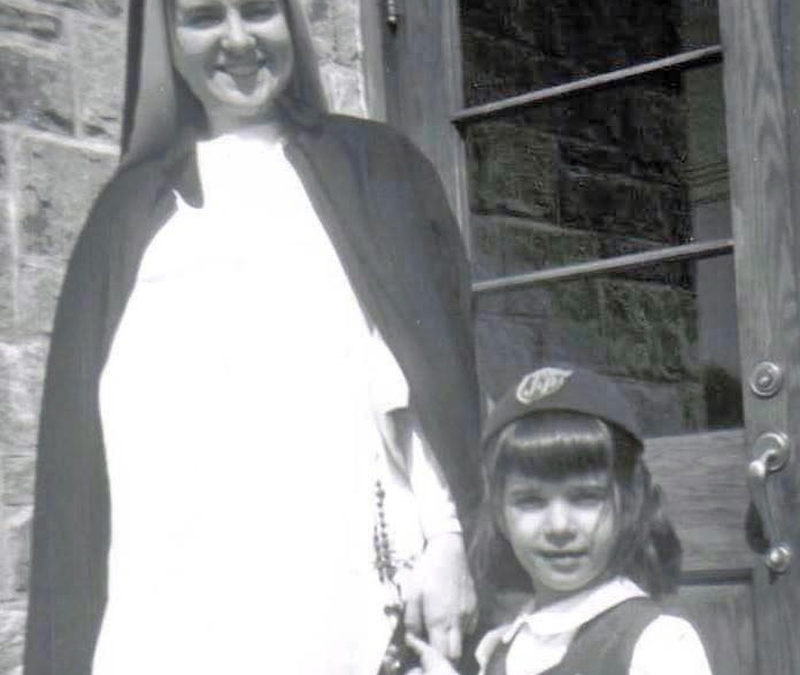 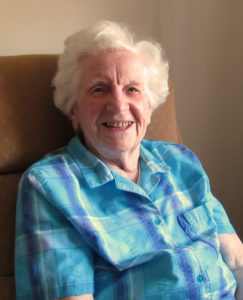 Dominican Sister of Hope Estelle (Maris Stella) Kilpatrick knew that she had a vocation when she was in high school. In September 1938, after her high school graduation, she entered the novitiate of the Dominican Sisters of Newburgh, New York. By 1941, she was teaching at Casa San Jose in Newburgh while earning her Bachelors in Elementary Education.

“The Casa was almost a continuation of what I had been doing teaching religious education,” Sister says. “The only difference was that I had been a layperson before!”

Then, she got some unexpected news.

“I was told that I would open Saints John and Paul School in Larchmont,” Sister recalls.

She was to be the founding principal of the brand-new school. 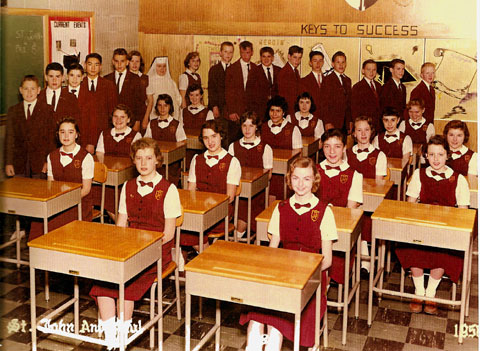 Although she admits to feeling nervous in the beginning, Sister Estelle says that the anxiety dissipated soon enough. She prepared thoroughly for the school’s opening: she purchased furniture and books, helped hire teachers, met with the pastor about plans for the school.

“You were kind of anxious, hoping that things would go alright, and meeting the parents and all.” Sister Estelle shares. “It’s like opening a house, really. But it was fun! By the first month, everything was going along smoothly. There were no real complaints.”

When Saints John and Paul School opened on September 8, 1952, the school included two classes each of kindergarten, first, second and third grades. It wasn’t long before Sister began to see her hard work coming to fruition: in each year that followed, two classes of a new grade were added. Six years later, Sister found herself preparing for the eighth-grade graduation; the school finally hosted kindergarten through eighth grade.

It wasn’t Sister Estelle’s first graduation ceremony nor was it her last, but it was perhaps her most joyful.

“That graduation felt good, really good!” Sister recalls. “And the kids were good. They were just as proud of being the first graduates as I was of them.” 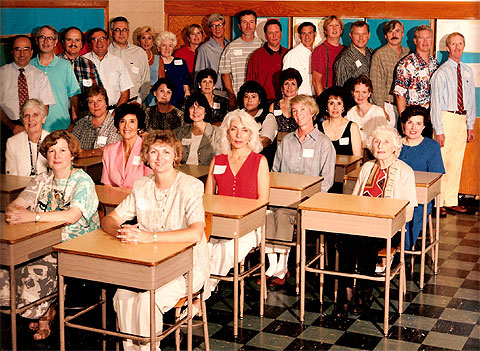 The 1996 reunion had classmates and spouses re-enact their 1958 class photo with Sr. Estelle in the back. Photo c/o David Gironda

From that graduation, Sister Estelle was elated to watch students go on to high schools of their choice. It was rewarding for her to see that they were prepared well enough to get accepted into prestigious schools, and she was proud of the reputation that it afforded the new school.

After serving as principal for nine years, Sister Estelle went on to earn her doctorate in education at Columbia University. She then continued to teach, including twenty years as a professor at Mount Saint Mary College in Newburgh, New York.

Yet, as her ministry took her to a series of schools, and then college, she never forgot the school in Larchmont where she was principal first.

“I hoped that the school would continue after I left, that nothing would interfere with the work,” Sister shares.

Indeed Saints John and Paul has continued: more than fifty years after its opening, Saints John and Paul School is now the academic home to approximately three-hundred students. Moreover, the legacy that Sister Estelle began lives on: the school continues to do well by its students by preparing them for a promising future.

This, after all, is just what Sister Estelle wanted. After stressing that she’s “so happy” that the school continues –and adding that she “really” misses the kids—Sister notes that her biggest hope is that Saints John and Paul gives students a solid elementary education that will serve as a foundation for the rest of their lives. She hopes that the legacy of moving on to even bigger and better schools will continue to inspire the student body, just as it did in the beginning.

“There’s a firehouse across the street from the school, and, when I was there, the kids all wanted to be firemen,” Sister Estelle says. “Now, firemen are important. But I want my students to be more than firemen.”