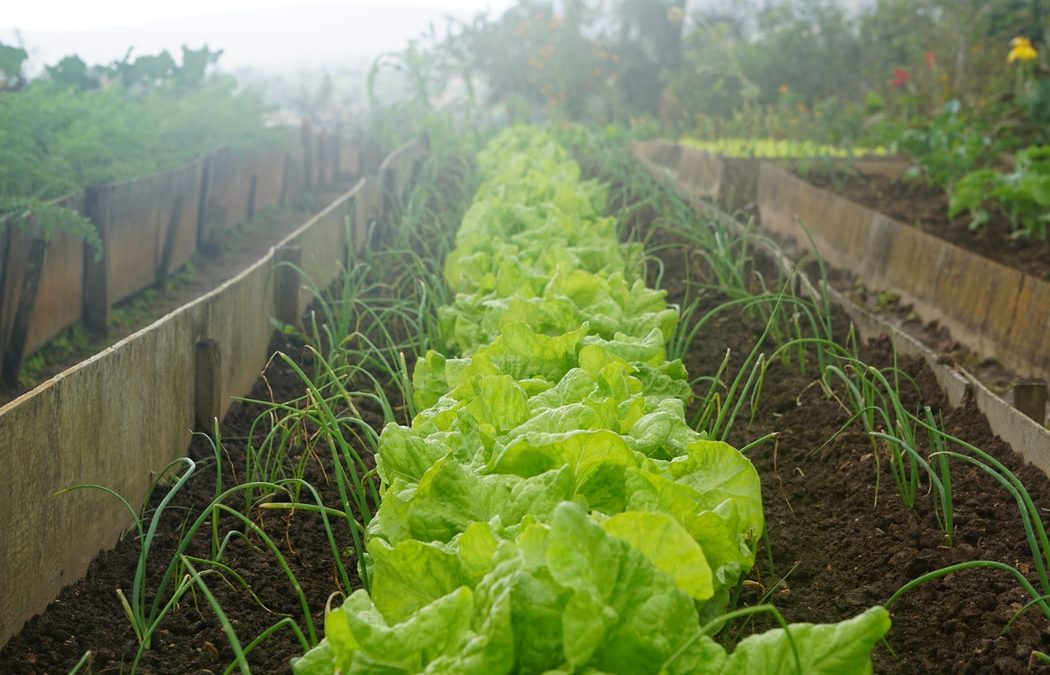 What a surprise to see an episode recently on CBS-TV’s Sunday Morning about our 21st century versions of Victory Gardens. For those too young to remember, the idea of Victory Gardens was born as World War II approached, to urge people to grow rather than to buy food, particularly fruits and vegetables. The CBS program focused on the gardens created by many people today as ways to cope, emotionally and spiritually, with the isolation forced on us by COVID-19, and to see them as signs of Hope.

This is quite a coincidence in my life. It links the present with an ever-living memory of my grandmother, Ma, and of her mission all those years ago.

As a 19th century child, Ma traveled from Cork to the U.S. as what Immigration called a “laborer,” which probably meant a housemaid. She worked in Boston for quite a few years, eventually moving and marrying, and in the late 1930’s she lived with us in the upstate New York country just before World War II changed our lives.

Ma was probably in her late 60s or older when she heard about creating Victory Gardens. She recognized the job immediately as what she had to do. And that’s when she brought wonder into my life.

We weren’t farmers. We had a shovel and a rake mostly because my mother favored a few flowers, but nothing like a tractor or a plow and, since Ma was only eight when she left Ireland, she hardly had a background in agriculture. But she was full of what I later learned to call Hope. Creating our backyard into a vegetable garden became her mission. She didn’t question it.

It was a big job. People must have helped her, but that was no surprise. (She had gotten to know the older people in our country neighborhood almost as soon as she moved in with us. I remember the times the two of us walked down the road—there were no sidewalks—to the Community House, where Ma made us members and where we often enjoyed the neighborhood suppers.)

“I can live on vegetables,” she said often, and she made it true for all of us. I can still visualize the lettuce, green beans, celery, beets, radishes, cucumbers, tomatoes, carrots, and peas, each vegetable in its own garden section displaying its seed envelope to identify it. We were the weeders and we hated it but we loved the garden.

Years later, I discovered Gerard Manley Hopkins’ poem God’s Grandeur with its brilliant line: “There lives the dearest freshness deep down things.” This freshness was Ma’s garden for me. This place was where her Hope lived.

In the beginning as the garden grew, I saw only the shapes and colors of the vegetables, but later on, Ma taught me that the roots are what make growing happen. I learned to see them as determined things that burrow into the soil, finding moisture and sending it up through stems into leaves, until each beautiful vegetable is born. It’s the roots that carry the miracle. They work hard, grow life in a tough way. Like Ma. Like Hope.

I’ve never thought of Hope as a wish list (as in “I hope the weather is good tomorrow.”) No, Hope is holy root energy, grace planted here on Earth, grounded as we are and reaching for the light. It works with whatever time brings to each of us as it connects our Earth-selves to the Christ-life. It makes each of our moments into a sacrament if we work at it. . . moments of following an invitation to a strange and wonderful activity, like creating a vegetable garden or hearing a Christ-call, moments when we understand that relationships, maybe at Community House suppers, are everything. . . moments of sacred opportunity in the life of each person which transform us into whoever we were born to become as members of the Hope-filled Christ-life.

Remembering Ma’s saying “I can live on vegetables,” I think of what it means to take into ourselves what nurtures us. About what makes us live. Did Ma ever think of it as a Eucharistic statement? Not consciously, I’m sure. But in the holy environment of Hope, it doesn’t seem too fantastic to see her garden—her mission—as an Incarnational metaphor where divinity joins humanity and “the dearest freshness lives deep down things.”

Then and now and all the way home.

At 3 pm on July 20, 1995 the Dominican Sisters of Hope were founded. On July 20, 2019, we began our 25th year since our founding. We declare a YEAR OF HOPE! In celebration, we will share a reflection on the 20th of every month. This is the ninth reflection in this series. Read all reflections here.

Dominican Sister of Hope Marianne Watts, OP was a teacher for more than 20 years. She then transitioned from teaching into drug and alcohol counseling administration. She founded (and was the administrator of) Maxtrain, an alcoholism counselor training program, at The Maxwell Institute in Tuckahoe, NY. Sister Marianne is a writer and she preaches online at word.op.org. Sister now lives in Asbury Tower, a senior residence in Asbury Park, NJ.