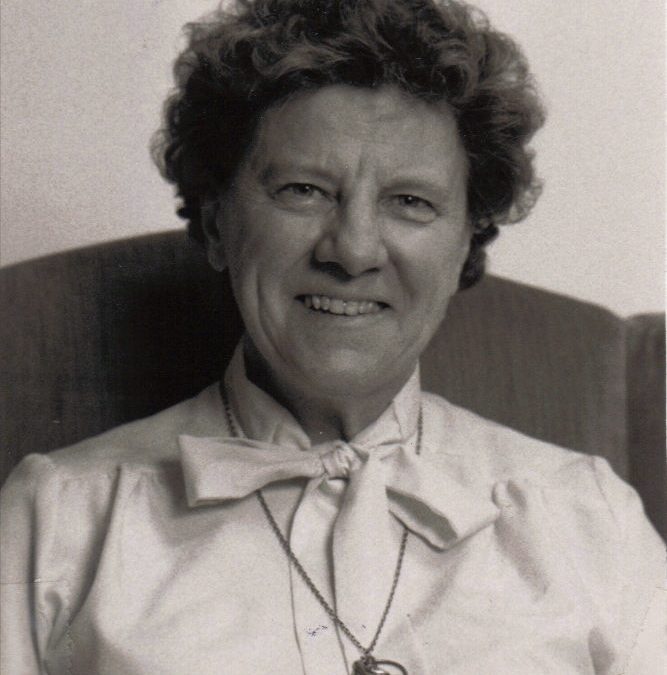 Sister Ann William Berberich, OP of the Dominican Sisters of Hope, died in Denver, Colorado on October 10, 2019. She was 90 years of age.

The daughter of the late William Henry and Anna Marie Beck Berberich, she was born January 16, 1929 in Covington, Kentucky.

Sister Ann William’s ministry of nursing and health care has taken her to a number of locations throughout the country including Denver, Colorado; Minneapolis, Minnesota; Bronx, New York; Dayton and Springfield, Ohio; and Detroit, Michigan. Among the capacities in which she has served are Nursing Supervisor, Critical Care Nurse, Administrator of the Glendale Clinic.. She has served in the Denver area since 1968. Her roles there included nursing supervisor, critical care nurse, and adult nurse practitioner. She also was the tenant relations director for GAO Maes Low Income Housing.

In addition to her parents, Sister Ann William was predeceased by her brothers Donald, Edward, Gregory, Joseph, Raymond, Robert and Wilfred as well as her sister Thelma Mosier. Sister is survived by her nieces and nephews.

A Mass of Christian Burial was held at St. Joan of Arc Parish in Arvada on Wednesday, October 16 at 11:00 a.m. Funeral arrangements were under the direction of Horan & McConaty Funeral Home, Denver, Colorado.