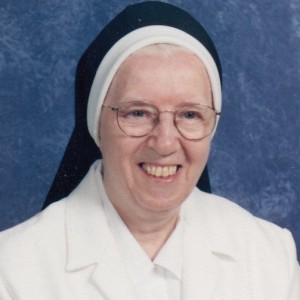 Sister Anna Veronica taught at Cathedral Elementary School in Raleigh, NC (1952-1959 and 1968-1973) and at Annunciation School in Crestwood, NY (1959-1968). She taught at Guardian Angel School in New York City (1973-2004). Sister retired, and moved to the Center of Hope in Newburgh, NY until it closed in 2007. While at the Center of Hope she volunteered in the Development Office, and later in the Archives Office.

Sister Anna gave several workshops for beginning teachers in the Archdiocese of New York. In its early stages, she was also asked to work on religion exams for the Archdiocese of New York. Before coming to the Center of Hope, after her retirement from Guardian Angel School, Sister did substitute teaching as well as workshops for the Guardian Angel teachers.