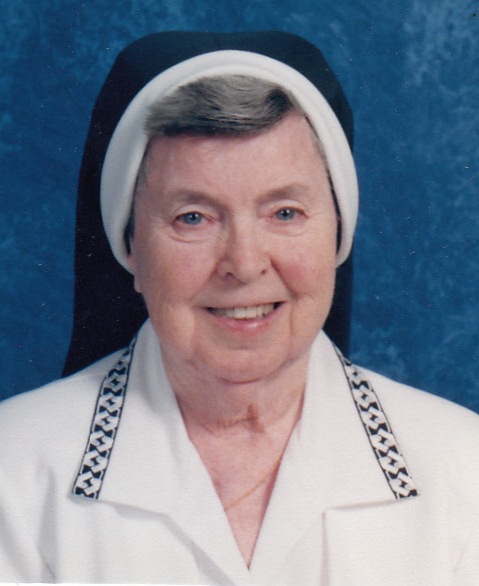 The daughter of the late Daniel Patrick and Catherine Anderson McNally, she was born May 21, 1926, in Jersey City, New Jersey.

Sister Anne Francis McNally began her teaching ministry at Saint Joseph Day Nursery in 1947 in Manhattan, New York. This ministry spanned over 43 years. Not only did Sister have a long teaching career, but one that was geographically diverse. She was assigned to Cathedral Elementary School in Raleigh, NC, Sacred Heart School in Camden, NJ, Our Lady of Victory School in Mount Vernon, NY, Saint Joseph Elementary School in Toms River, NJ, Saint Boniface School in Paterson, NJ, Saint Mary School in Passaic, NJ, Saint Paul School, Jersey City, NJ, Saint Lawrence School, Lindenwold NJ, Assumption School, Emerson NJ, and Saint Mary School in Ocean, NJ. In 1989, Sister retired from school ministry and volunteered in the infirmary at Mount St. Mary Convent, Newburgh, New York and served in various capacities in the Congregation as a volunteer in the Development Office.

In 2009 Sister Anne Francis moved to Asbury Tower, Asbury, New Jersey. In 2017 she moved to Saint Catherine of Siena in Caldwell, New Jersey.

Sister is survived by her sister, Ann Sirotnak of Norristown, PA. In addition to her parents she is predeceased by her brother, Daniel and her sister Margaret Letsche. She is also survived by many nieces, nephews, grand-nieces and grand-nephews.

Funeral Arrangements: Sister will be waked on Monday, April 22, beginning at 8:45 a.m. at St. Catherine of Siena Chapel, Caldwell, NJ. The Wake Service will begin at 9:45 a.m. followed by Mass of Christian Burial at 10:30 a.m.

Sister will be buried at the Dominican Sisters’ Cemetery on the grounds of Mt. St. Mary College in Newburgh, NY at 3:00 p.m. that afternoon.

Donations in memory of Sister Anne Francis McNally can be made to the Dominican Sisters of Hope Development Office, 299 North Highland Avenue, Ossining, New York 10562.