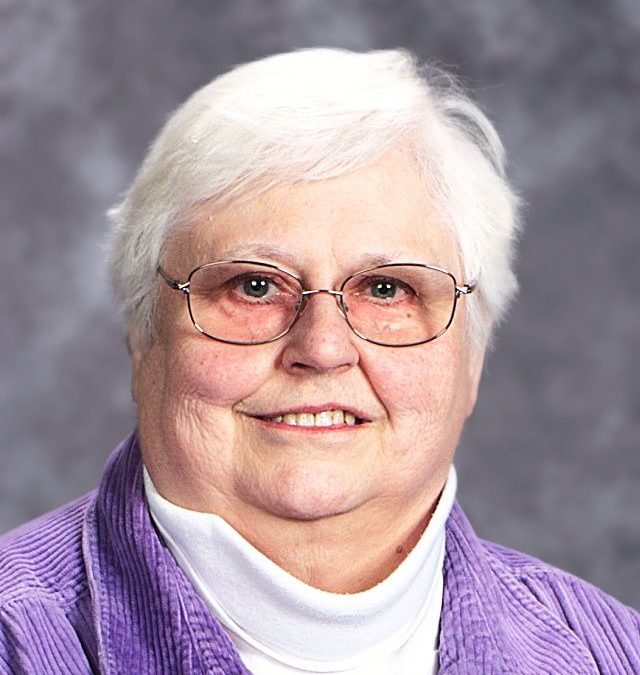 Mary Elizabeth Geiger, an associate with the Dominican Sisters of Hope, was called to her eternal reward August 13, 2020.

Mary truly embodied and lived the Dominican charism, she preached through the service she gave to the congregation and to many others.  In the past she took minutes at Chapters for the Dominican Sisters and has been the secretary of the Associate Core Team since its inception. Mary was also a member of the Third Order of Lay Dominicans.

Mary’s career took her to the Department of Defense where she worked as a civilian auditor for nearly 40 years.  She served on the board of the Newburgh Ministry, a cause very dear to her heart.  She only retired from that position a few years ago.  Mary was an active member of her local community; she was treasurer of the Professional Women’s Association of Sullivan County.  She also enjoyed activities with the Senior Citizen Group of her area.  Mary loved dogs, especially her dear Iris and her beloved Maysey. She was actively involved in the American Kennel Club.  Mary truly had a full and active live.

Mary is survived by her two sisters Ann and Leonora; her two brothers James and “Gerry”; and their spouses. Mary was the Aunt of Lisa, Matthew, Caroline and James; and the great aunt of Andrew, Ethan, Paige, Fin, Jackson, and Raelyn.