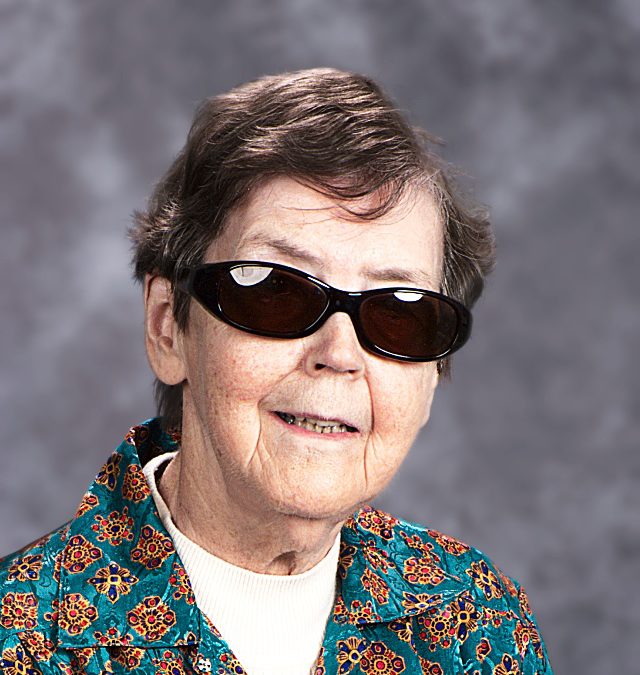 Sister Kathleen Sullivan, OP, formerly known as Sister James Francis, of the Dominican Sisters of Hope, died April 3, 2014 at the Wartburg, Mt. Vernon, NY. She was 83 years of age.

The daughter of the late Francis Patrick and Katherine Reilly Sullivan, she was born January 29, 1931 in New York City.

French was the love of S. Kathleen’s professional life. She completed post-graduate work in France at the Sorbonne in Paris, in Angers and in Avignon.  She spent a summer at Laval University in Quebec. She loved to travel and was an enthusiast for music, theater, ballet and opera (usually courtesy of PBS).

Sister Kathleen was a life-long educator; 10 years in elementary education at Ss. John and Paul School in Larchmont, NY and 39 years in secondary education as a teacher of French and Latin at both St. Mary’s High School in Paterson, NJ for 7 years and the remaining years at Msgr. Donovan High School in Toms River, NJ.  In 1996 she left the formal classroom but continued at Msgr. Donovan High School as assistant Campus Minister and a tutor. For 23 of those teaching years she was Chair of the Foreign Language Department.  She started the International Dinner for students and parents, developed curriculum for the French/Spanish mini course and initiated French programs for Academic support students.  She also served as moderator of the National Honor Society and assisted with the school’s International Students program.

At St. Joseph’s Church in Toms River, she served on the Parish Planning and Development Committee for 5 years, in the parish RCIA process for 12 years.  For 5 years she was an ESL instructor for Literacy Volunteers of America.  She was chaplain of the Ladies Auxiliary of the Order of Hibernians for 5 years.

From 2005 to 2009 Kathleen lived as a retired member of the convent and parish community of St. Joseph’s in Toms River.  Each year she spoke in support of the annual Sisters Retirement Collection as well as connecting with parishoners at the 9 a.m. daily Mass.

Sister Kathleen is predeceased by her parents Francis Patrick and Katherine Reilly Sullivan and survived her cousins Kathy Reilly and Joan Minigutti of Dallas, TX and Charles Reilly of California and her sisters in the Dominican Sisters of Hope.

Funeral arrangements are under the direction of Brooks Funeral Home at 481 Gidney Avenue, Newburgh, New York.

Donations in Sister Kathleen’s memory can be made to The Dominican Sisters of Hope, 299 North Highland Avenue, Ossining, New York 10562-2327.