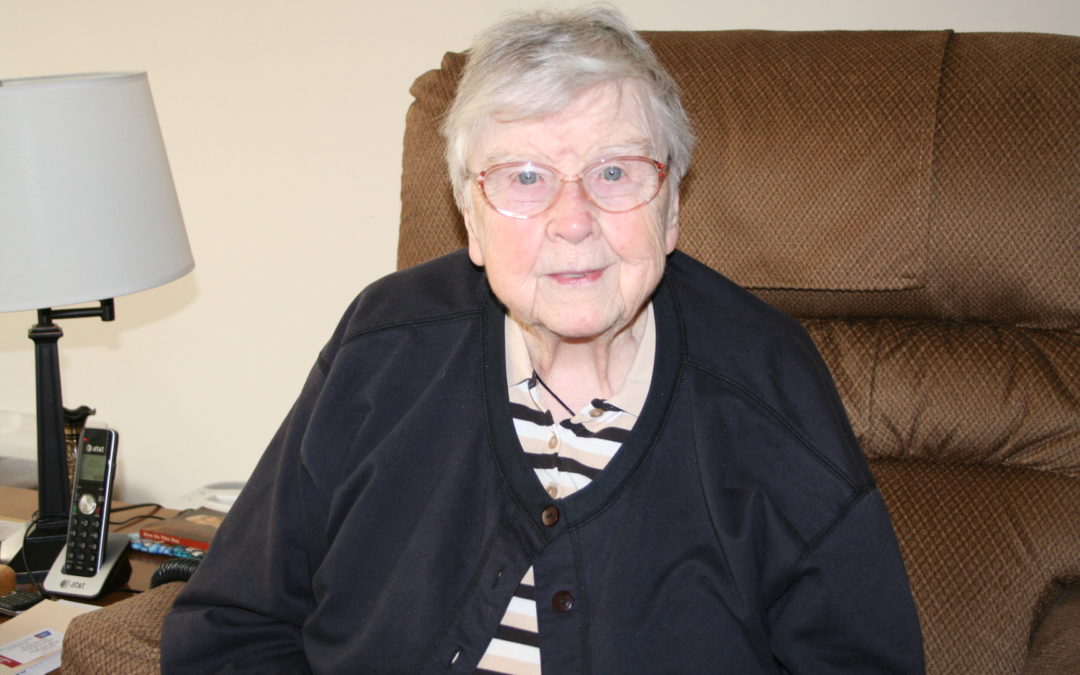 Sister Mary Aquin McDonald, OP of the Dominican Sisters of Hope, died on May 12, 2015 in Hospice Care at Orange Regional Medical Center in Middletown, NY. She was 87 years of age.

The daughter of the late Francis John and Mary Agnes McGrath McDonald, she was born December 29, 1927 in Poughkeepsie, NY.

Sister Mary Aquin entered the novitiate of the Dominican Sisters of Newburgh, NY on September 8, 1945, made her First Profession June 25, 1947, and Final Profession August 26, 1950. Sister earned a BA in Mathematics from Villanova University, an MA in Geography from Catholic University, and an MS in Earth Science from American University in Washington, D.C.

Sister Mary Aquin’s early ministry as an elementary school teacher included: Saint Peter School in Rosendale, NY (1947-49); Bishop Dunn Memorial School in Newburgh, NY (1949-55); Saint Rose School in Haddon Heights, NJ (1955-57); and Christ the King School in Yonkers, NY (1957-58). From 1958-63, Sister taught Math at Our Lady of Lourdes High School in Poughkeepsie, NY. She served as principal at Saint Mary High School in Paterson, NJ from 1966-69 and at Pope Pius XII Regional High School in Passaic, NJ from 1969-83. Sister Mary Aquin was Director of Religious Education at the Church of the Holy Family in Sewell, NJ (1984-2005). She remained in the parish as a part-time associate until 2011. Retired, Sister had recently moved to Braemar Senior Living in Middletown, NY. She celebrated her 70th Jubilee on May 2, 2015.

Sister Mary Aquin is survived by one brother, William McDonald and his wife Joan, of Poughkeepsie, NY, and sister-in-law Mrs. Ellie McDonald of Buena Park, CA, many nieces and nephews and her Dominican Sisters of Hope. She is predeceased by brothers, Francis, Walter, and Reverend Thomas McDonald and her sisters, Sister Mary Francis, OP, Catherine and Helen.

Funeral Services for Sister Mary Aquin will be held Tuesday, May 19th, 2015, at the chapel in the Dominican Center at Mount Saint Mary College, Newburgh, NY.

The viewing will be in the chapel beginning at 9:30 am. The Wake Service will begin at 10:15 am. This will be followed by the Mass of Christian Burial at 11:00 am.  Her burial in the Dominican Sisters Cemetery in Newburgh will follow the liturgy.