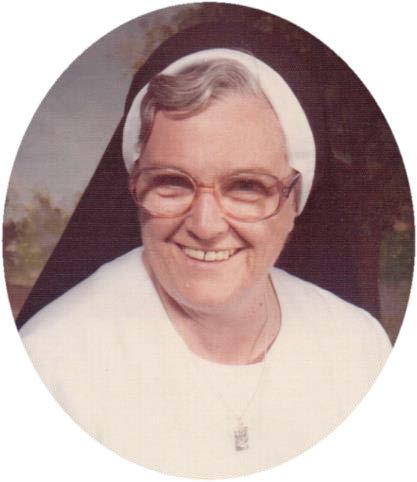 Sister Margaret James Curtin, OP of the Dominican Sisters of Hope, died on Dec 1, 2021, in Brandywine Senior Living at Wall, NJ. She was 93 years of age.

The daughter of the late James and Mary Haggerty Curtin, she was born July 14, 1928 in Jersey City, New Jersey.

Sister Margaret James was an elementary school teacher at St. Joseph School in Bayonne NJ (1949-59), Sacred Heart School in Newburgh, NY (1959-63), St. Peter School in Rosendale NY (1963-64), St. Elizabeth School in Elizabeth City NC (1964-67), St. Lawrence School in Lindenwold NJ (1967-73), and St Cecilia School in Iselin NJ (1973-90). She was engaged in parish work at St. Mary’s Parish in New Monmouth NJ (1990-2002), and she also taught in the parish school from 1990-98. Completing her years of service in schools and parish, she moved to Middletown NJ. When Sister was first there, she made weekly visits to Riverview Hospital in Red Bank and led the rosary for a group of her neighbors. When she was no longer able to go to the hospital on a regular basis, she continued to set up the monthly masses and functioned as a Eucharistic minister for as long as she was able. Eventually she moved to assisted living at Brandywine Senior Living in Wal New Jersey.

Sister Margaret James had a wonderful sense of humor. Her easy friendly manner caused others to love her dearly. She always remained close to her friends despite the passage of time or distance.

A Mass of Christian Burial will be celebrated on Tuesday, December 7,2021 at the Chapel of the Most Holy Rosary in the Dominican Center at Mount Saint Mary College, Newburgh, NY. At 10:15 am there will be a prayer service followed by the Mass at 11:00 am. Burial of the cremains will take place immediately following the mass in the Dominican Sisters of Hope Cemetery on the grounds of Mount Saint Mary College.
Sister is survived by her Dominican Sisters of Hope and her loving niece Anita Broderick. She is predeceased by her parents, her sisters Mary Broderick, Catherine Senbogen, Agnes Curtain, Patricia Watrous, and her brother James Curtain.

Funeral arrangements are under the direction of Brooks Funeral Home, Newburgh, NY.