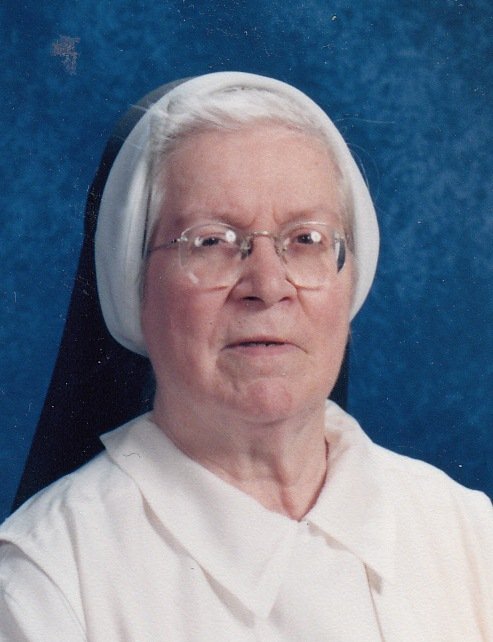 Sister Mary Agnes Shannon, OP of the Dominican Sisters of Hope, died on December 14, 2021 in Catholic Memorial Home, Fall River, Massachusetts. She was 92 years of age.

The daughter of the late John D. and Orelina Fletcher Shannon, she was born August 22, 1929 in Fall River, Massachusetts.

Sister Mary Agnes taught in both elementary and secondary schools in the Fall River area and in New Haven, CT. and Plattsburgh, NY. She taught math, science, computer and music and was advisor to extracurricular activities such as cheerleading. Sister Mary Agnes was listed twice in “Who’s Who in American Education,” and received five Golden Apple Awards from the Fall River Herald News and several music awards.

Sister Mary Agnes is predeceased by her brother and sister-in-law, John N. and Lillian Shannon and her sister and brother-in-law Marie and John Reed. She is survived by many nieces and nephews.

Funeral arrangements are under the direction of Auclair Funeral Home, Fall River, MA.

Donations in memory of Sr. Mary Agnes may be sent to the Development Office of the Dominican Sisters of Hope, 299 North Highland Avenue, Ossining, New York 10562.