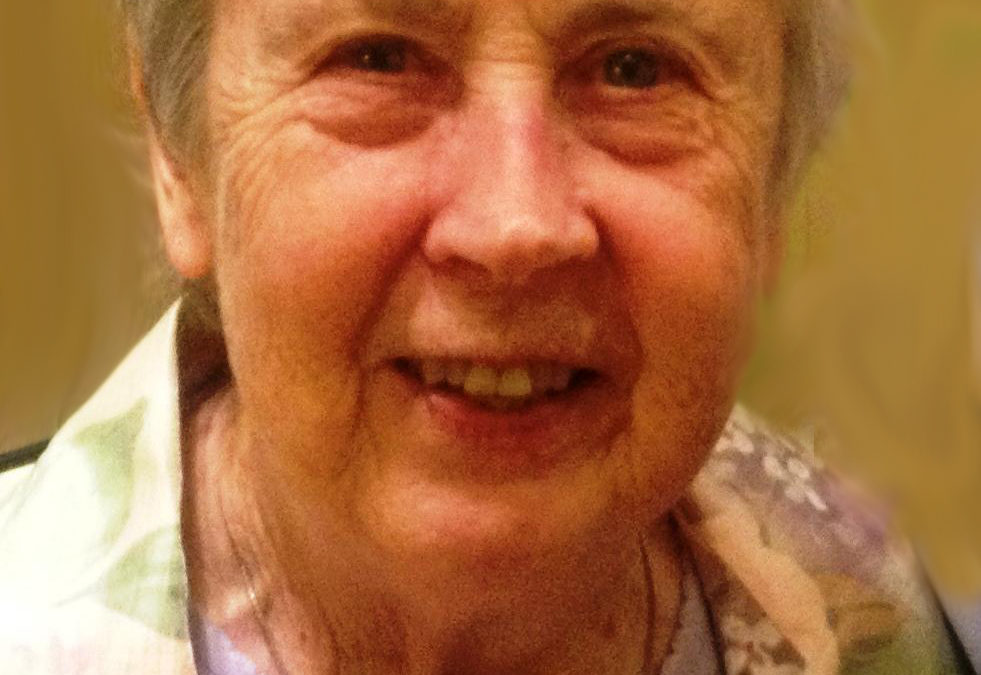 Sister Frances Whelan, OP of the Dominican Sisters of Hope died February 15, 2015 at home in the East Harlem section of New York City.  She was 81 years old. The daughter of the late Joseph Arthur and Frances Claire (Stack) Whelan, she was born June 18, 1933 in Duluth, Minnesota and grew up in Shakopee, Minnesota.

Sister Frances entered the novitiate of the Dominican Sisters of the Sick Poor in September 1952, made her First Profession in March 1954, and Final Profession in March 1957. Sister Frances earned a Bachelor’s degree in Nursing from the College of Mt. St. Vincent, a Master’s degree in Social Work from Fordham University, and a Master’s degree in Theology from Manhattanville College in Purchase, NY. She earned a CPE from Hospital Chaplaincy, Inc. in New York City, and a certification in Massage Therapy from the Swedish Institute, also in New York.

Sister Frances worked in the Archdiocese of New York and in the Rockville Centre Diocese in nursing, pastoral care and social work. All of sister Fran’s ministries were among the sick poor. As a community health nurse, she worked as a staff nurse in the Ossining, Peekskill, Hampton Bays and Harlem with the Dominican Sisters Family Health Service. She served as supervisor in the Hampton Bays and Harlem offices. In 1976 she began a pastoral care service in the Hampton Bays office after completing clinical pastoral education (CPE) at Central Islip. A residency in CPE with the hospital chaplaincy followed in New York City, after which she became assistant director of pastoral care at St. Clare’s Hospital in New York City and, later, chaplain at Lincoln Medical and Mental Health Center in the South Bronx. (1982-1990). Her work during the height AIDS epidemic was noted in a New York Times Magazine article in 1988; the author, describing her work connecting him to an orphaned child, observed, “Sister Fran has her ways.” From 1990 to 1992 she worked as a social worker at AIDS Resource Center and then in pastoral care with Dominican Sisters Family Health Service, South Bronx office, from 1990-1995. She received a grant to study massage therapy, uniquely integrating her nursing and social work skills, and providing hands-on healing to some of “societies untouchables” at the time – AIDS patients and their families. In 1995 she began her ministry in massage therapy at Family Learning Circle, South Bronx, and Mariandale Retreat and Conference Center, Ossining, and later at Thorpe Family Residence in the Bronx. More recently, her ministry has been focused in East Harlem with the Little Sisters of the Assumption Family Health Service and Dominican Sisters of Hope Residential Care. Sister’s life passion was to be an empowering presence among the sick and poor.

Sister Fran survived her brother, Joseph Whelan and travelled to Minnesota extensively to care for him in the months before his death in 2010.  She is survived by her nephew Kevin Whelan, and nieces Sarah Whelan and Shawn Whelan, and their families.

A Memorial Mass for S. Fran will be held at The Ossining Center of Hope/Mariandale Retreat and Conference Center, 299 North Highland Avenue, Ossining, NY, 10562 at 11:00 AM on Monday, February 23, 2015. Donations in Sister Fran’s memory can be made to The Dominican Sisters of Hope, Development Office, 299 North Highland Avenue, Ossining, New York 10562-2327.