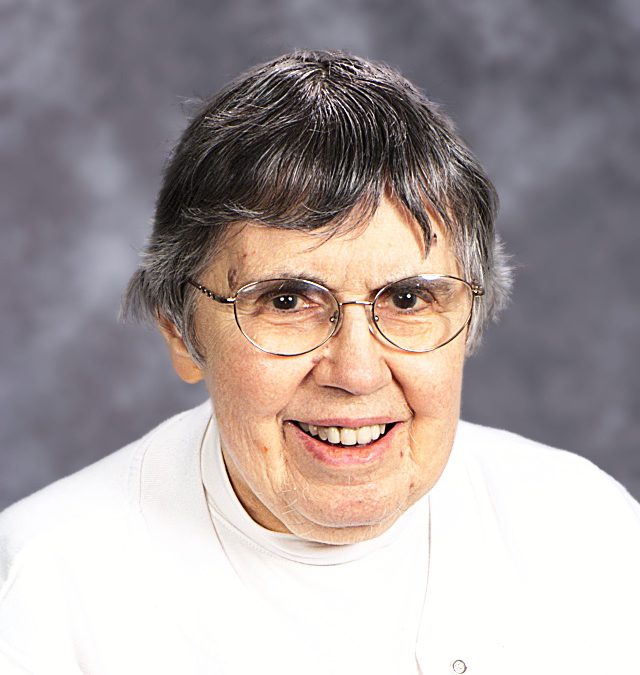 Sister Eileen McCabe, OP (Sister Joseph Therese) of the Dominican Sisters of Hope, died on January 23, 2017 at Meadowview in The Wartburg in Mt. Vernon, New York. She was 87 years of age.

The daughter of the late Joseph Robert and Mary Josephine Murray McCabe, she was born September 12, 1929 in Jersey City, New Jersey.

Sister Eileen is survived by a sister, Marguerite McCabe of New York City and a sister, Theresa Cook, of Edison, New Jersey and her sister-in-law, Toni McCabe of Wayland, Massachusetts. She is predeceased by her brother, Joseph McCabe. She is also survived by nieces and a nephew.

Donations in Sister Eileen’s memory can be made to the Dominican Sisters of Hope Development Office: 299 North Highland Avenue, Ossining, NY 20562-2327.

Funeral arrangements were under the direction of Brooks Funeral Home, Newburgh, New York: 845-561-8300.