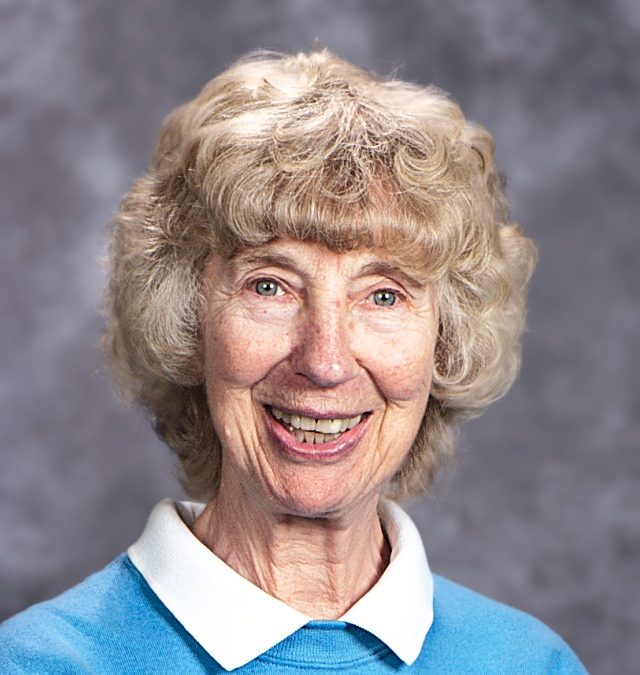 Sister Ann Stankiewicz, OP (Sister Michael Joseph) of the Dominican Sisters of Hope died on July 1, 2020 at the Wartburg in Mount Vernon, NY. She was 86 years of age.

The daughter of the late Joseph and Rose (Dourney Hoag) Stankiewicz, she was born June 24, 1934 in Newburgh, New York.

Sister Ann entered the novitiate of the Dominican Sisters of Newburgh, New York, in December 1952, made her First Profession in June 1954, and Final Profession in August 1958. Sister Ann earned her BA in English from Villanova, her MA in Philosophy from Fordham, and her PhD in Philosophy of Education from SUNY Albany.

Sister Ann was a dedicated teacher whose career included all levels of education.  She taught elementary school for ten years at Saint Rose School in Haddon Heights NJ and at Holy Family School in New Rochelle NY. Then, for two years, she taught High School students at Pope Pius XII High School in Passaic NJ.

Sister Ann then moved on to the Catholic University in Washington, DC where she was very involved in the civil rights movement. In 1968, Sister returned to Newburgh and began working at Mount Saint Mary College in the Higher Education Opportunity Program. While there she also taught philosophy. Years later she also served as a Trustee for the college.

After leaving the Mount, Ann began her long tenure of twenty-six years at Providence College in Providence, RI where she taught Philosophy.

Upon completing a long and successful teaching career, Sister retired in 2007. She continued to live in Providence until 2011 when she returned to her hometown of Newburgh, NY.

Then in 2017she moved to assisted living in the Wartburg in Mount Vernon, NY.

Sister always had a great love for teaching and was very respected and loved by her students. She had the ability to make the most complex philosophical truths simple enough for her students to grasp.

Sister Ann is predeceased by her parents and her brother William.  In addition to her Dominican Sisters of Hope, she is survived by her sister Elaine Aulogia and several nieces and nephews.

Due to the current situation with the Corona Virus, Sister will be buried in the Dominican Sisters of Hope Cemetery at Mount Saint Mary College, Newburgh, New York.  Later, when conditions permit, there will be a celebration of her life and a Mass of Christian burial.