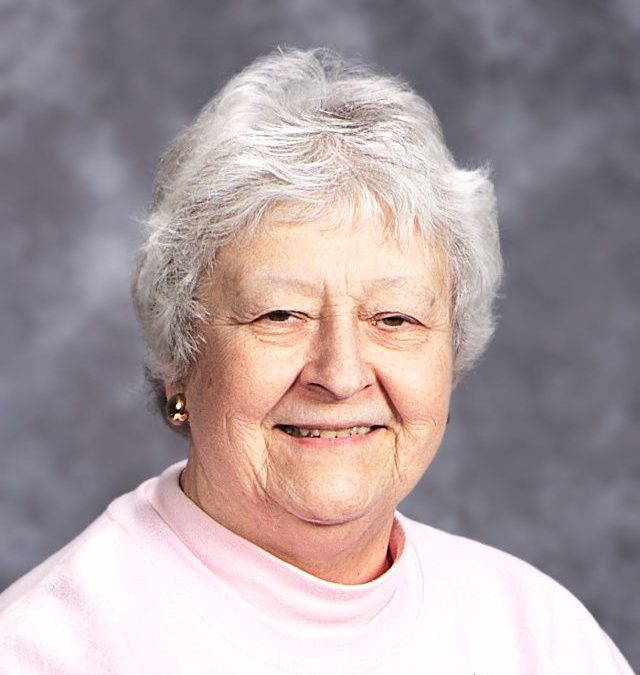 The daughter of the late John Francis and Mary Motiel Oswald, she was born November 29, 1938 in Passaic, New Jersey.

Sister Arlene entered the novitiate of the Dominican Sisters of Newburgh, New York in September 1956, made her First Profession in June 1958, and Final Profession in August 1961. Sister Arlene earned a BA in Elementary Education from Mount Saint Mary College and a Master’s degree in Religious Education from LaSalle University. She was also certified in Red Cross Home Health Care Aide.

Sister Arlene was involved in education during most of her religious life. She taught at Saint Paul School in Jersey City, NJ and at Saint Mary School in Gloucester, NJ. After teaching in schools for thirteen years, Sister Arlene began her ministry as a Director of Religious Education.  As Director she ministered in Saint Mary’s, Newburgh, NY, St. Mary’s, Fishkill, NY, St. Joseph in Carteret, NJ and in Oswego, NY.  Sister Arlene served her congregation as Administrator of Mount Saint Mary Convent in Newburgh, NY.  After serving there for five years, Sister returned to parish ministry as a Pastoral Associate and Director of Religious Education at Our Lady of Mount Carmel Parish in Nutley, NJ.  In August of 2010 Sister Arlene retired and lived in Asbury Park, New Jersey.

Sister Arlene is survived by her sisters Barbara McKean and Patricia Schiro as well as nieces and a nephew.

The funeral for Sister will be held on Friday, January 10, 2020 at the Dominican Center at Mount Saint Mary College, Newburgh, New York.  A Prayer Service will begin at 10:15 a.m. with the Mass of Christian Burial at 11 a.m.  Sister will be buried in the Dominican Sisters’ Cemetery in Newburgh immediately following the Mass.

Donations in memory of Sister Arlene can be made to the Dominican Sisters of Hope Development Office at 299 N Highland Avenue, Ossining, NY 10562.