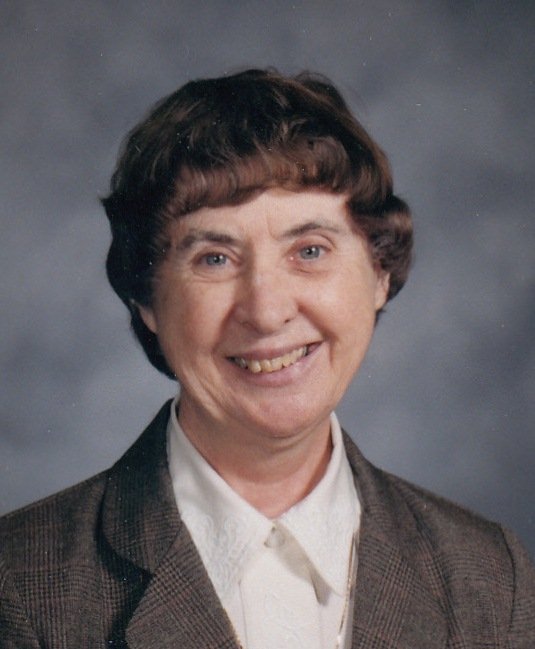 The daughter of the late Leo P. and Josephine McGrady Farley, she was born June 2, 1935 in Newark, New Jersey.

Sister Barbara entered the novitiate of the Dominican Sisters of Newburgh, New York in September 1956, made her First Profession in June 1958, and Final Profession in August 1961. She received a BA in

Sister Barbara was principal of Saint Joan of Arc School in Camden, NJ from 1983 to 1994. She was appointed as Director of Religious Education at St. Rose of Lima Parish in Short Hills, NJ, a position she held from 1996 to 2004. In 2004 Sister’s career took her to Our Lady of Lourdes Parish in Mountainside, New Jersey where she was the Director of Religious Education until 2012. After retirement, she moved to Asbury Park, New Jersey.

In addition to her Dominican Sisters of Hope, Sister Barbara is survived by her brother Donald Farley, her sisters Helen Cooke, Jeanette Wolfe, Joan Reading and many beloved nieces and nephews. Sister is predeceased by her brother Leo Farley and her sister Mary Lyden.

Donations in Sister Barbara’s memory can be made to the Dominican Sisters of Hope Development Office located at 299 North Highland Avenue, Ossining, New York 10562.

Funeral arrangements are under the direction of Brooks Funeral Home in Newburgh, NY.