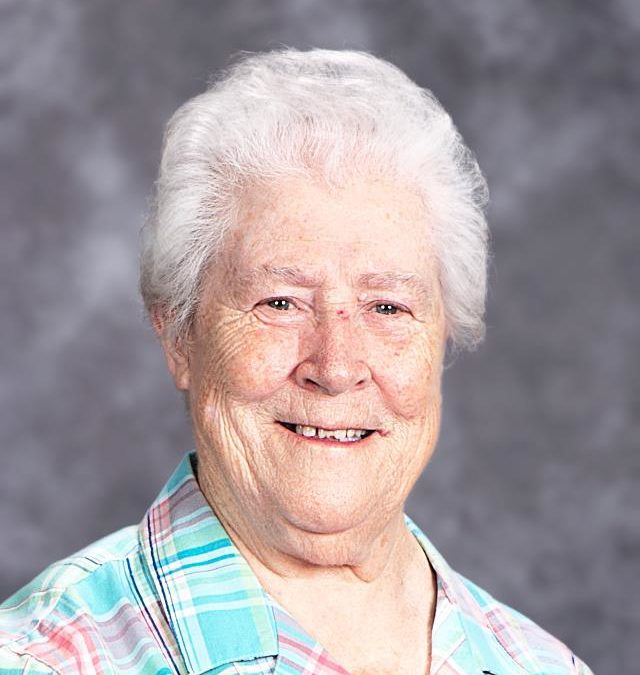 Sister Brigid Kelly, OP (Sister Patrick Elizabeth) of the Dominican Sisters of Hope, died December 12, 2016 in Calvary Hospital in the Bronx, NY. She was 84 years old.

The daughter of the late Patrick and Elizabeth (Flannery) Kelly, she was born July 30, 1932 in Carrowkeel Clonfanlough, Ireland.

Sister Brigid entered the novitiate of the Dominican Sisters of Newburgh, New York, in September, 1956. She made her First Profession in June, 1958, and Final Profession in August, 1961.

Sister Brigid was involved in elementary education throughout all of her religious life. She taught at Saint Mary School in Gloucester, NJ (1958-67) and Saint Therese School in Succasunna, NJ (1967-73). She also taught at Holy Trinity School in Passaic NJ (1973-95). From 1995 until she retired in 2007, Sister taught at Saint Christopher School in Parsippany, NJ. After she retired, she moved to the Center of Hope in Newburgh, New York, then in 2009 to the Wartburg in Mt. Vernon, New York. On December 1, 2016, Sister Brigid moved to Calvary Hospital.

Sister is survived by her sisters, Frances Kelly of Brooklyn, NY, Ethna Dolan of Flebe, Belmont, Ireland, Margaret McEvoy of Laemonaghan, Ballycumber, Ireland, and Mary O’Shea of Middle Village, NY. She is also survived by nieces, nephews, grandnieces, and grandnephews. She is predeceased by her sister, Patricia Naughten, and her brother, Peter Kelly.