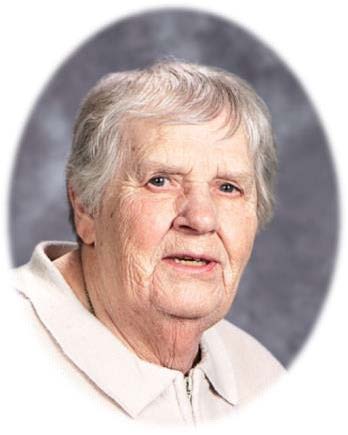 Sister Diane Dupee, OP (Sister Catherine George) of the Dominican Sisters of Hope, died on June 10, 2021 at St. Catherine of Siena Convent, Caldwell, New Jersey.  She was 88 years of age

The daughter of the late George Edward and Katherine (Windau) Dupee, she was born March 27, 1933 in New Rochelle, New York. Sister Diane entered the novitiate of the Dominican Sisters of Newburgh, New York in September 1949, made her First Profession in June 1951, and Final Profession in August 1954. Sister Diane earned her BSM in Music Education from Nazareth College, her MMU in Music from Pius XII Institute in Florence, Italy, and her MA in Liturgical Studies from Notre Dame University, Indiana.

Sister Diane began her ministry as a teacher at Saint Rose Elementary School in Haddon Heights, New Jersey, and then she taught music at Our Lady of Lourdes High School in Poughkeepsie, New York. Then, Sister Diane was assigned to full time studies at the Pius XII Institute in Florence, Italy. Upon completing her studies, Sister was sent to Gloucester Catholic High School in Gloucester, New Jersey where she not only taught music, but also worked with the students on some fabulous musical productions.  Her last school assignment was at Pope Pius XII Regional High School in Passaic, New Jersey where she also taught music. After leaving the formal school ministry she continued to pursue her passion for music and provided liturgical music at the Dominican Reflection Center in Ossining, New York, and then at Immaculate Heart of Mary Parish in Scarsdale, New York. Sister did pastoral ministry as well as music ministry at Saint Augustine Parish in New City, New York. Upon retiring from formal ministry, Sister Diane continued to share her musical talents as a volunteer organist at the Marian Shrine in Stony Point, New York. Besides volunteering at the Marian Shrine, she also continued to give piano lessons from her home in Garnerville.

She fully retired in 2017 and moved first to assisted living at the Wartburg in Mount Vernon, New York and then recently to St. Catherine of Siena Convent in Caldwell, New Jersey.

Sister Diane’s love for music and her ability to share those talents with others marked her many years of service to God’s people.  Her countenance would light up when she played the organ at liturgy and worked with choirs to enrich worship.

Sister Diane is survived by her Dominican Sisters of Hope, her sister Nancy Gerosa as well as several nieces and nephews.  She is predeceased by her parents and her brothers; Allan, Jon, Quentin, Richard and Robert.

Donations in Sister Diane’s memory can be made to the Dominican Sisters of Hope, 299 North Highland Avenue, Ossining, New York 10562.