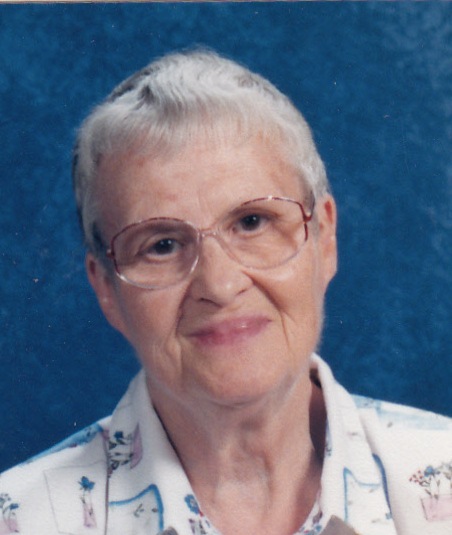 Sister Doris MCKernan, OP (Sister Margaret Helene) of the Dominican Sisters of Hope, died May 24, 2016 at St. Catherine of Siena Convent in Caldwell, NJ. She was 88 years of age.

The daughter of the late Leo James and Helen May Krekel McKernan, she was born August 23, 1928 in Jersey City, NJ.

S. Doris entered the novitiate of the Dominican Sisters of Newburgh, NY on September 8, 1946, made her First Profession June 26, 1948 and Final Profession on August 25, 1951. S. Doris holds a Bachelor’s degree in Latin from Seton Hall University and a Master’s degree in Religious Education from Catholic University in Washington, D.C.

S. Doris retired to live in Wayne, NJ. She recently moved to St. Catherine of Siena Health Care in Caldwell, NJ. She received the Vivere Christus Award from the diocese in 2010. She was also recognized by the Knights of Columbus as the Senior Citizen of the Year in 2007. S. Doris celebrated her 70th Jubilee of religious life this year.

Donations in S. Doris’s name can be made to the Dominican Sisters of Hope Development Office, 299 North Highland Avenue, Ossining, NY 10562.