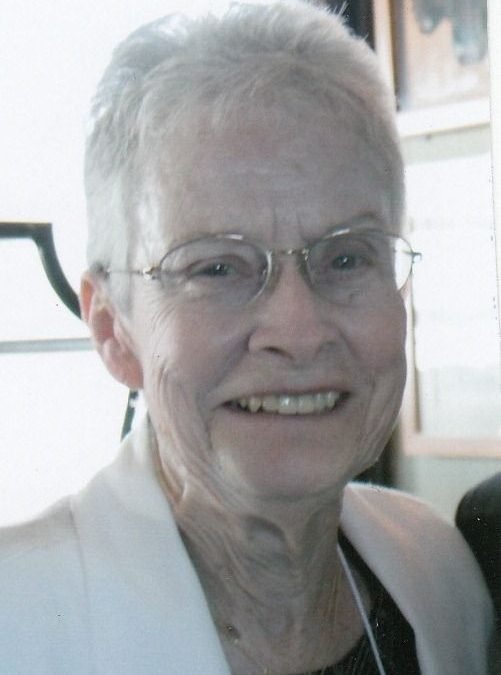 Sister Jean Marie Darling, OP of the Dominican Sisters of Hope, died May 29, 2021 at Capital Health Medical Center, Pennington, New Jersey. She was 84 years of age.

The daughter of the late Aloysius S. and Bessie (Hart) Darling, she was born November 17, 1936 in Jersey City, New Jersey.

Sister Jean Marie entered the novitiate of the Dominican Sisters of Newburgh, New York, in September 1954, made her First Profession in June 1956, and Final Profession in August 1959. Sister Jean Marie earned her BA in Elementary Education from Mount Saint Mary College in Newburgh, New York, and her MA in Guidance and Counseling from Villanova University. She also attended classes at Catholic University and Siena College.

Sister Jean Marie began her teaching ministry as an elementary school teacher first at Saint Joseph Elementary School in Toms River, New Jersey and then at Saint Mary School in Poughkeepsie, New York.  Sister then headed south to teach French and Latin at Cardinal Gibbons High School in Raleigh, North Carolina. Sister returned to New York State and became principal of Holy Family School in New Rochelle, New York. Once she completed her time as principal, Sister Jean Marie was called to use her degree in guidance and counseling first at Mount Saint Mary Academy and then as academic advisor at Mount Saint Mary College in Newburgh, NY.

After almost thirty years in education, Sister Jean Marie began a new ministry as a pastoral associate at Saint Elizabeth Parish in Avon, New Jersey.  Her quiet, gentle manner and deep spirituality made her well suited for ministering primarily to the elderly and homebound.  Even after Sister retired from formal parish ministry in 2011 she continued to volunteer in local parishes tending to hospital patients as well as consoling their families as they supported their loved ones through their illness or final journey home to God.

Sister Jean Marie is survived by her Dominican Sisters of Hope and her sister Barbara and her husband Michael Marotti.

She is predeceased by her parents, her sister, Sister Dorothea, OP and her brothers John, Aloysius and William.

Funeral arrangements are under the direction of O’Brien Funeral Home, Wall, New Jersey.

A funeral mass will be held at St. Elizabeth Church Avon, New Jersey at a date to be announced.

Donations in Sister Jean Marie’s memory can be made to the Dominican Sisters of Hope, 299 North Highland Ave, Ossining, New York 10562.