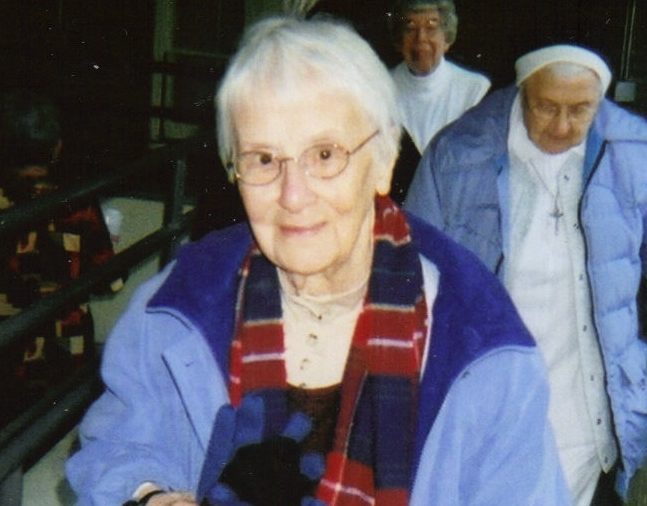 The daughter of the late Thomas J. and Maria Marchand Pintal, she was born March 11, 1917 in Champlain, Quebec, Canada.

Sister Julie was an avid reader, a good listener, a counselor to many, and an excellent knitter. Her Rosary was her constant companion.

Sister Julie is survived by her sisters Rita Pintal Pinon, Angele Pintal of Laval, Quebec and by   nieces and a nephew. She is predeceased by her parents, her sisters Marie-Olive Pintal and Lucie Pintal and by her brothers Gilles B., Claude G. and Roland Pintal.

Sister has chosen to be cremated.  There will be a Mass of Christian Burial at the Mariandale Chapel at the Center of Hope in Ossining, New York.  This will take place on Friday, June 23rd at 11 AM.  A Memorial Mass will be offered for her on Tuesday, June27 at Saint Mary’s Cathedral in Fall River at 10 AM. Burial of the cremains will follow immediately at the Notre Dame Cemetery in Fall River.

Funeral arrangements are under the direction of the Robert J Prout Funeral Home, Verona, NJ.