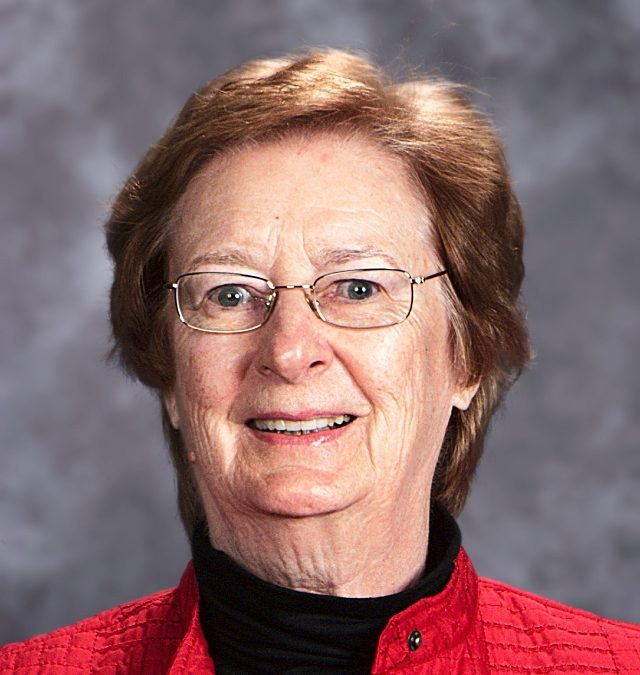 Sister June Quinlan, OP (Sister James Richard) of the Dominican Sisters of Hope, died on February 8, 2020 at St. Catherine of Siena Convent, Caldwell, New Jersey. She was 86 years of age.

The daughter of the late Arthur J. and Frances (Lauricella) Quinlan, she was born July 2, 1933 in Mount Vernon, New York.

Sister June taught at Saint Anthony School in Hawthorne NJ from 1962-66, Assumption School in Fairfield, CT from 1966-72, Saint Christopher School in Parsippany, NJ from 1972-73, and at Holy Family School in New Rochelle, NY from 1973-85. She served as Director of Religious Education at Holy Rosary Parish in Hawthorne, NY from 1985-2002. From 2002 to 2009, she was Director of Religious Education at St. Joseph Parish in Bronxville, NY.

Sr. June was an active member of Fidelity at St. Mary’s Church in Mount Vernon before entering religious life. After retiring, Sister was a volunteer at Jensen Hospice and Palliative Care, Scarsdale New York. She was also a frequent visitor at the Wartburg Healthcare facility in Mount Vernon, New York where a number of Dominican Sisters of Hope reside.  In 2016 Sister June took up residence at the Wartburg.  In 2019 Sister moved back to New Jersey to the St. Catherine of Siena Convent in Caldwell, New Jersey.

Sister June is survived by her Dominican Sisters of Hope as well as many friends.

A celebration of Sister June’s life will take place in the Chapel in the Mariandale Center in Ossining, New York.  The center is located at 299 North Highland Avenue, Ossining, New York.  A wake service will he held at 9:45 am followed by the Mass of Christian Burial at 10:30 am.  Burial of the cremains will follow in the Dominican Sisters Cemetery in Ossining.

Donations in memory of Sister can be made to the Dominican Sisters of Hope Development Office at 299 North Highland Avenue, Ossining, New York 10562.

Funeral arrangements are under the direction of Prout Funeral Home, Verona, NJ 07044