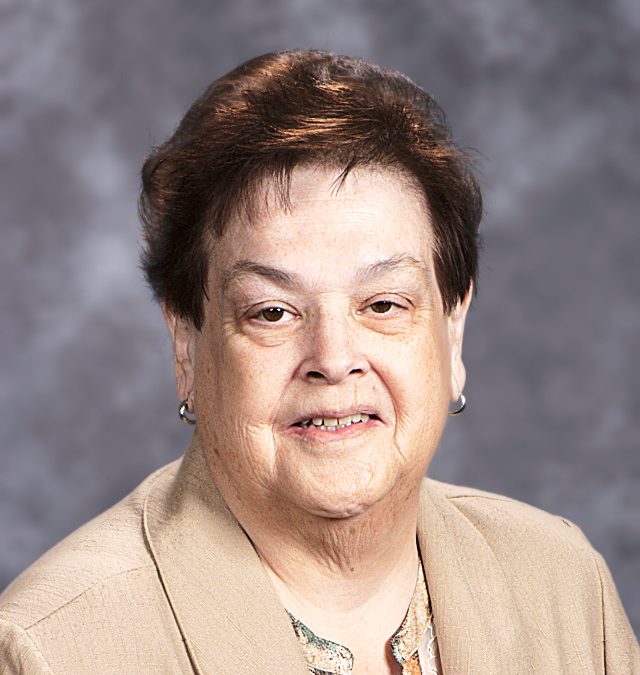 The daughter of the late Angel L. and Thelma (Christy) Delgado, she was born January 17, 1941 in Dover, New Jersey.

Sister Linda entered the novitiate of the Dominican Sisters of Newburgh, New York, in September 1960, made her First Profession in June 1962, and Final Profession in March 1968. Sister Linda earned her BS in Elementary Education from Mount Saint Mary College, Newburgh, and her MA in Religious Studies from Manhattan College in the Bronx.

Many people were enriched by her through her ministry in education and Religious Education. Sister Linda had a very positive outlook that kept her going through illness and whatever obstacles life placed in her path.  Even in retirement she continued to be an active member of the Congregation attending meetings in her “jazzy”, keeping up with all the issues facing the Church and the world, and sending out emails to keep others appraised of important issues.

Sister Linda is survived by her sister Mary Ellen Capps and nieces and nephews.  She is predeceased by her parents and her brother David Delgado.

Donations in memory of Sister Linda can be made to the Dominican Sisters of Hope Development Office, 299 North Highland Ave, Ossining, NY 10562.