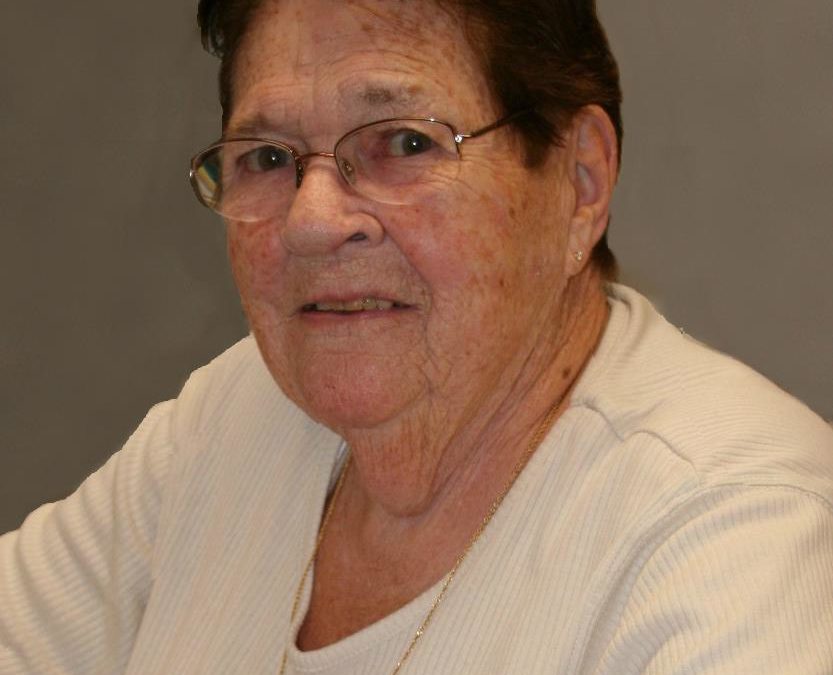 The daughter of the late James Paul and Helen Kelly Gallagher, she was born July 5, 1928 in Newburgh, New York.

Sister Lorraine entered the novitiate of the Dominican Sisters of Newburgh, New York on September 8, 1945, made her First Profession June 25, 1947, and Final Profession August 26, 1950. Sister Lorraine earned her BS in Elementary Education from Seton Hall and her Certification in Administration from Fordham University.

Sister Lorraine’s teaching ministry began in 1947 and continued until 2003. She taught in the following schools: Saint Thomas of Canterbury, Cornwall, NY, Saint Mary, Gloucester, NJ, Saint Joseph, Bayonne NJ, Saint Mary, Passaic, NJ, and Saint Peter , Rosendale NY. From 1968-2003 she was principal at Saint Christopher School in Parsippany NJ. When sister came to Parsippany in 1968, there were only four grades. By 1974, this school had grown to having one class of some grades and two classes of others. Sister ventured to open two full classes of Kindergarten and acquired a separate building with sufficient room for pre-K. During her tenure at St. Christopher’s, Sr. Lorraine was elected President of the Principals Association for area G and eventually President of the Diocesan Principals Association. She was honored by the Kiwanis club of Parsippany as “Educator of the Year”.

Sister retired in 2003 and moved to Cornwall, New York and finally to skilled care at St. Catherine of Siena Convent in Caldwell, New Jersey.

Donations in memory of Sister Lorraine Gallagher can be made to the Dominican Sisters of Hope Development Office, 299 North Highland Avenue, Ossining, New York 10562.