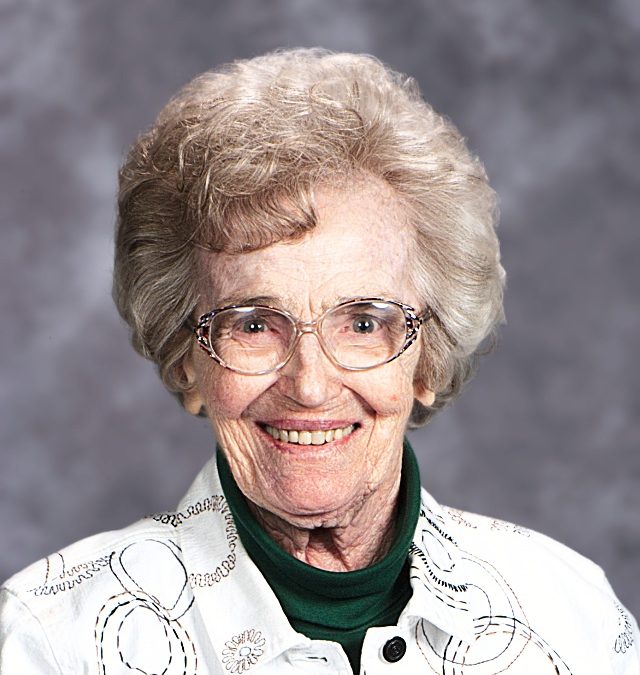 The daughter of the late John Joseph and Rose Galligan Sweeney, she was born February 3, 1926 in New York City.

Sister Mary Rita entered the novitiate of the Dominican Sisters of Newburgh, New York on September 8, 1956, made her First Profession June 13, 1958, and Final Profession August 21, 1961. She earned two Master’s degrees, one in business education from Columbia University and another in religious studies from Providence College.

Sister Mary Rita served as secretary to the leadership team of the Dominican Sisters of Hope in their administration offices in Ossining, New York from 1996 until her retirement in 2011.

In addition to her Dominican Sisters of Hope, Sister Mary Rita is survived by her sisters-in-law, Maureen Sweeney and Rita Sweeney. She is also survived by 28 nieces and nephews. She is predeceased by her brothers John and James and her sisters Margaret O’Donoghue and Rose Cuff and her nephew, Robert James O’Donoghue.

A celebration of Sister Mary Rita’s life will take place on Wednesday November 30, 2022 at the Center at Mariandale, Ossining, New York. The viewing will take place starting at 9 a.m. followed by a wake service at 10:15 a.m. and Mass of Christian Burial at 11 a.m.

Immediately following the liturgy, Sister will be buried in the Dominican Sisters of Hope Cemetery on the grounds the Center at Mariandale in Ossining, New York.

Donations in Sister’s memory can be made to the Dominican Sisters of Hope Development Office, 299 North Highland Ave, Ossining, NY 10562.