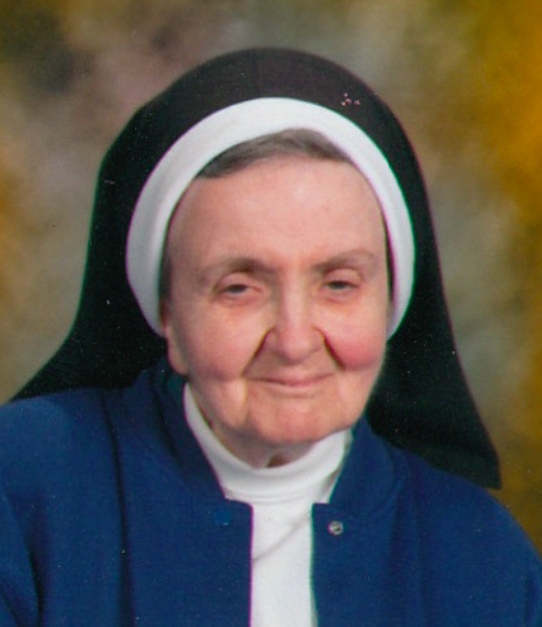 The daughter of the late Chester V. and Helen Elizabeth (Croughwell) Controy, she was born on August 15, 1937 in Pittsfield, Massachusetts.

Sister Maureen entered the novitiate of the Dominican Sisters of Newburgh, New York in August 1961, made her First Profession in June 1963, and Final Profession in December 1968. Sister Maureen earned her BA in Sociology from Albertus Magnus College, New Haven CT; and her MA in Elementary Education from St. Joseph College, Hartford, Connecticut.

Sister Maureen taught in several elementary schools: Saint Mary School in Newburgh NY (1961-62), Saint Augustine School in Larchmont NY (1963-66), Holy Family School in New Rochelle NY (1966-68), Saint Anthony School in Hawthorne NJ (1968-79), Our Lady of Lourdes School in Paterson NJ (1979-80), Our Lady of Holy Angels School in Little Falls NJ (1980-85), and Holy Trinity School in Passaic NJ (1985-98). From 1998-2003, she was librarian at St. Paul School in Jersey City NJ. In 2003, Sister moved to Newburgh, New York, where she served as assistant in the archives of the Dominican Sisters of Hope, volunteered in the Foster Grandparent Program at Bishop Dunn Memorial School, and taught in the religious education program at St. Mary Parish. In 2014 Sister moved to assisted living at St. Catherine of Siena with the Caldwell Dominican Sisters in New Jersey.

The Funeral will take place in Newburgh, New York at the Dominican Center on the grounds of Mount Saint Mary College on Friday, October 19, 2018. In the Chapel of the Most Holy Rosary there will be a time for viewing at 9:30am, followed by a wake service at 10:15am. The Mass of the Resurrection will be at 11am.  Burial will follow immediately at the cemetery of the Dominican Sisters of Hope.  All arrangements are under the direction of Brooks Funeral Home, Gidney Avenue, Newburgh, New York.

Donations can be made in Sister Maureen’s memory to the Dominican Sisters of Hope Development Office, 299 North Highland Avenue, Ossining, New York, 10562.