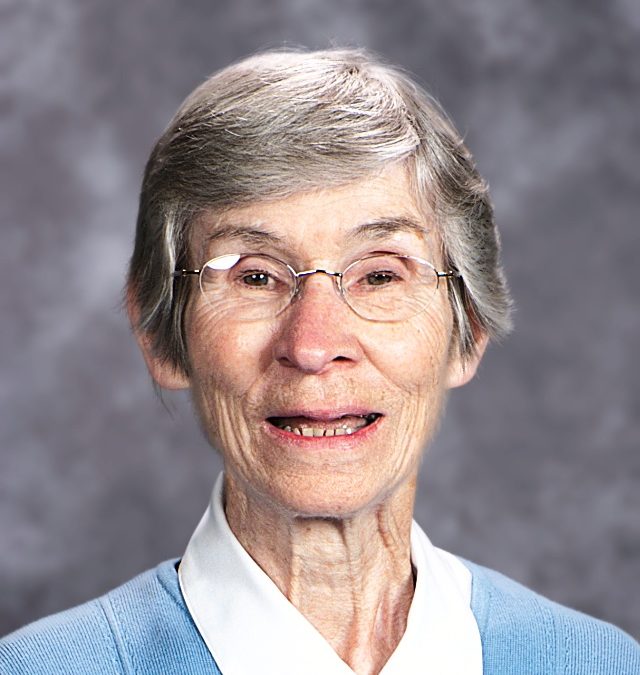 Sister Maureen Cooper, OP of the Dominican Sisters of Hope, died on May 8th in Our Lady of Lourdes Hospital in Camden, New Jersey. She was 82 years of age.

The daughter of the late Ambrose A. and Mary (Powell) Cooper, she was born July 24, 1936 in Camden, New Jersey.

Sister Maureen entered the novitiate of the Dominican Sisters of Newburgh, New York, in December 1954, made her First Profession in June 1956, and Final Profession in August 1959. Sister Maureen earned her BA in Elementary Education from Mount Saint Mary College in Newburgh, New York, and her MA in Religious Education from LaSalle University in Philadelphia. As a child she attended Sacred Heart School in Camden and Camden Catholic High School. Before entering the convent, she worked part-time as a receptionist in Sacred Heart Rectory and full-time as a typist in the RCA plant after graduation from high school until entering the convent at Mount Saint Mary in Newburgh.

One of her greatest joys during Sister Maureen’s years of teaching was the privilege of teaching religious education to various grade levels and preparing children for the reception of their First Holy Communion and Confirmation.

Sister Maureen is predeceased by her parents, Ambrose A. and Mary (Powell) Cooper, her brothers Edward, John, Peter and Philip and her sister Cecilia. She is survived by her sisters Frances and Patricia and several nieces and nephews.

Sister Maureen’s funeral will take place at St. Mary’s Church in Gloucester, New Jersey.  The wake will be held in Wednesday May 15, 2019 from 9:30 am-10:15 am followed by a prayer service at 10:15 am.  The Mass of Christian Burial will follow at 11:00 am.  Burial will be at the Dominican Sister’s Cemetery on the grounds of Mount Saint Mary College in Newburgh, New York later that afternoon.

Donations in memory of Sister Maureen Cooper can be made to the Dominican Sisters of Hope, 299 North Highland Ave., Ossining, New York 10562.

Arrangements are being made through the McCann and Healey Funeral Home in Gloucester, New Jersey.