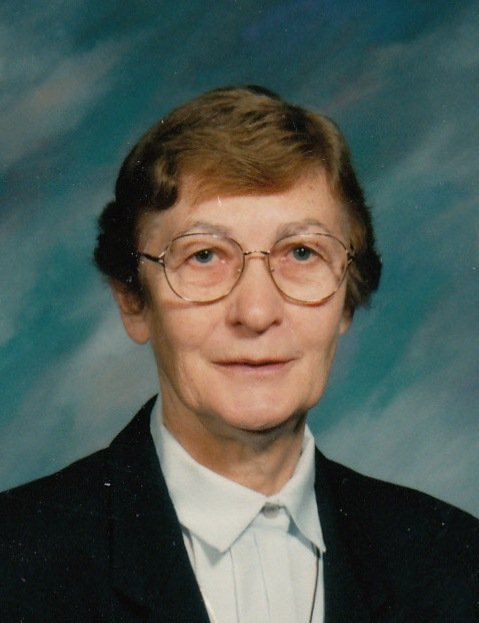 Sister Nora Foley, OP (Sister Patricia Margaret) of the Dominican Sisters of Hope, died on April 9, 2022 in Wall, New Jersey. She was 89 years of age.

The daughter of the late Patrick and Margaret (Horan) Foley, she was born February 26, 1933 in Kilcummin, Ireland.

Sister retired in, 2011 and moved to Asbury Park, New Jersey. In February 2013, she moved to Gloucester Town where she volunteered Monday through Friday, serving the homeless and taking Holy Communion to the sick and shut-in, volunteer work which she found extremely rewarding. For recreation she enjoyed long two-hour daily walks.

In October 2015, Sister moved to St. Mary’s Villa, Cherry Hill, New Jersey then in February 2020 she moved to Brandywine Senior Living in Wall, New Jersey where she spent her final days. She is survived by several nieces and nephews.

There will be a viewing at 9 a.m. at Saint Mary Church in Gloucester, New Jersey on Tuesday, April 19, followed by a prayer service at 10 a.m. The Mass of Christian burial will a begin at 11am.

Sister will be buried on Wednesday, April 20 at the Dominican Sisters of Hope Cemetery on the grounds of Mount Saint Mary College, Newburgh, New York at 1pm.

Donations in her memory can be made to the Dominican Sisters of Hope Development Office located at 299 North Highland Avenue, Ossining, New York 10562.

Funeral arrangements are under the direction of McCann-Healey Funeral Home, Gloucester, New Jersey.