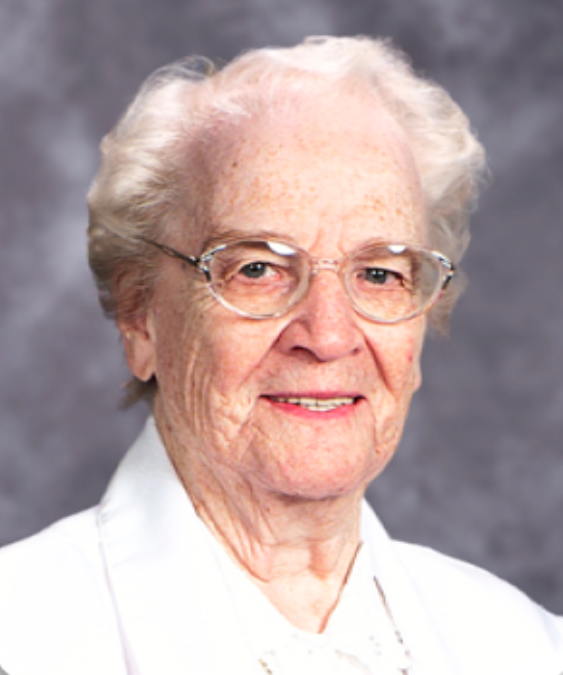 Sister Teresa Paul Heinke, OP of the Dominican Sisters of Hope, died February 24, 2019 at the Brandywine Senior Living Home in Wall, NJ. She was 94 years of age.

The daughter of the late Paul William and Teresa Pennea Heinke, she was born July 16, 1924 in Ozone Park, New York. Sister Teresa Paul had three sisters: Dorothy, Virginia, and Constance.

Sister Teresa Paul taught at St. Patrick Elementary School in Newburgh NY (1950-52), was principal of Our Lady of Victory School in Mount Vernon NY (1952-55), and taught at Nativity School in the Bronx (1955-56). Sister taught business education at St. Mary’s High School in Paterson NJ (1956-63), Our Lady of Lourdes High School in Poughkeepsie NY (1963-65), and at Immaculate High School in Danbury CT (1965-67) where she also did counseling. Sister was director of admissions at Mount Saint Mary College in Newburgh NY (1967-72), did guidance and counseling at St. Joseph High School in Toms River NJ (1972-79), and was director of religious education at Holy Trinity Parish in Passaic NJ (1979-81). Sister was principal at Assumption School in Emerson NJ (1981-87) and director of development at Immaculate Heart Academy in Washington Township NJ (1987-89). She was director of guidance at St. Mary’s High School in New Haven CT (1989-91), at St. Joseph of Palisades High School in West New York NY (1991-93), and at St. Mary’s School in New Monmouth NJ (1993- 2000). In 2000, she moved to St. Agnes Parish in Atlantic Highlands NJ where she did substitute teaching in the school for one year before retiring in 2001. While retired she continued to work in the parish office and do volunteer work in the parish.

Sister Teresa Paul is survived by her sister Virginia Peters of Massapequa, NY as well as nieces and nephews. She is predeceased by her parents and her sisters Constance Kelly and Dorothy Linsell .

The Funeral and burial will all take place on Monday, March 4, 2019 on the grounds of Mount Saint Mary College, Newburgh, New York. There will be a viewing in the Chapel of the Most Holy Rosary beginning at

9 am followed by a Wake service at 10:15am. The Mass of Christian burial will be celebrated at 11am followed by burial in the Dominican Sisters of Hope Cemetery.