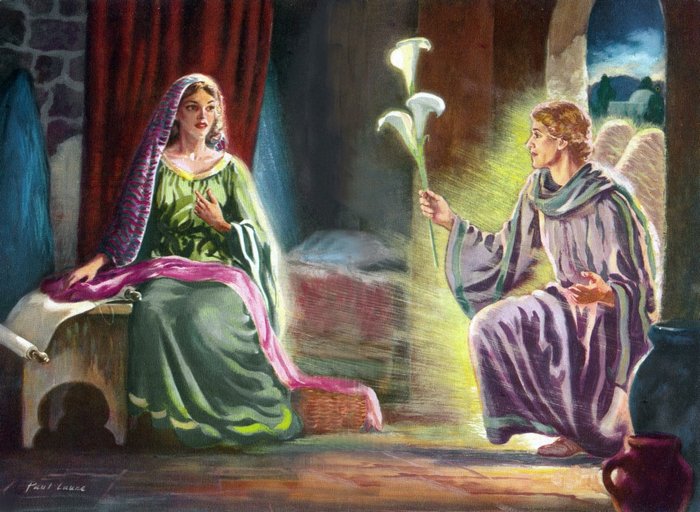 The angel was frightened by this assignment more than any he had he up to this point in eternity.

In fact, it made the other assignments seem like child’s play.

At times, he wished he could be like the other angels – you know – come in with a flare, dazzle them with the message and leave them dumbfounded. But, he didn’t have it in him –even though he practiced on the sidelines – sometimes for hours at a time. He prayed (well, you know) that no one saw him while he was practicing.

He hated going back to the angelic court and trading stories about how the receivers responded to the messages. The other angels always wanted to know all the details but, up to this time, his stories could never match theirs.

This next assignment was not going to be an easy one. He knew this one was different.
He knew that this appearance would not just affect the woman but those back home as well.

Why was he the one who had to go? Raphael always did such a great job. And, who would ever question Michael?

No, today was his assignment, and he knew it, and he accepted it graciously as he always did. Time was running out and he didn’t have time for practice, to force himself to be who he wasn’t.

Graciousness had something to do with it he was told. It was all in the way he presented the message. And, for some reason, graciousness was a part of who he was.

Graciousness was his gift. This announcement was custom-made for him.
Gracious he was and he would use all that he was to bring her the message.

It seemed like years before he actually arrived. He knew where she would be. He planned it that way. It would be a quiet time for her after the morning chores.

He just slipped in. He noticed her in the corner on the far side of the room. Then she noticed him. So as not to frighten her, he bowed and said, “May I come in?”

He knew that he was already “in” – but – graciousness ran in his blood. He knew that, but she didn’t. And, despite how hard he tried, fear came over him and registered clearly on his face. Then he realized that she was more fearful of him!

“No need to fear,” he said gently.

“All favor in heaven and on earth is yours.” Maybe it seemed like over-kill, but he knew it was true.

Why is it that this kind of truth is always hardest to take?

Why is it that not being loved is easier to accept than being overwhelmingly loved?

“The Lord is with you and you have been chosen to bring into the world the long-awaited Messiah,” he said.

It’s as simple as that is what he told himself. But, to convince her? That was not as easy.

What he didn’t expect was a dialogue. He was much better at monologue.

But, she needed to have an exchange. The whole thing was too much to absorb in just one sentence.

She wanted to hear again each part of it. How does the virgin become a mother with no male partner?

Who will this child be?

Why choose her to be the mother?

If God could broach the impossibility of Elizabeth’s situation, hers would take second place.

“Let it be,” she said, finally.
“Why should I stop God from being God?” she thought.

She knew God’s love was real. She experienced it in her parents, in her sisters, and especially in Joseph.

Only now, she would know herself as the vessel of love and the tend-er of new life.

She nodded, not really understanding, but believing. He knew it was time to leave.

When he left her, she was standing in the same place, but this time staring out the window, staring at new life already budding forth on the tree outside.