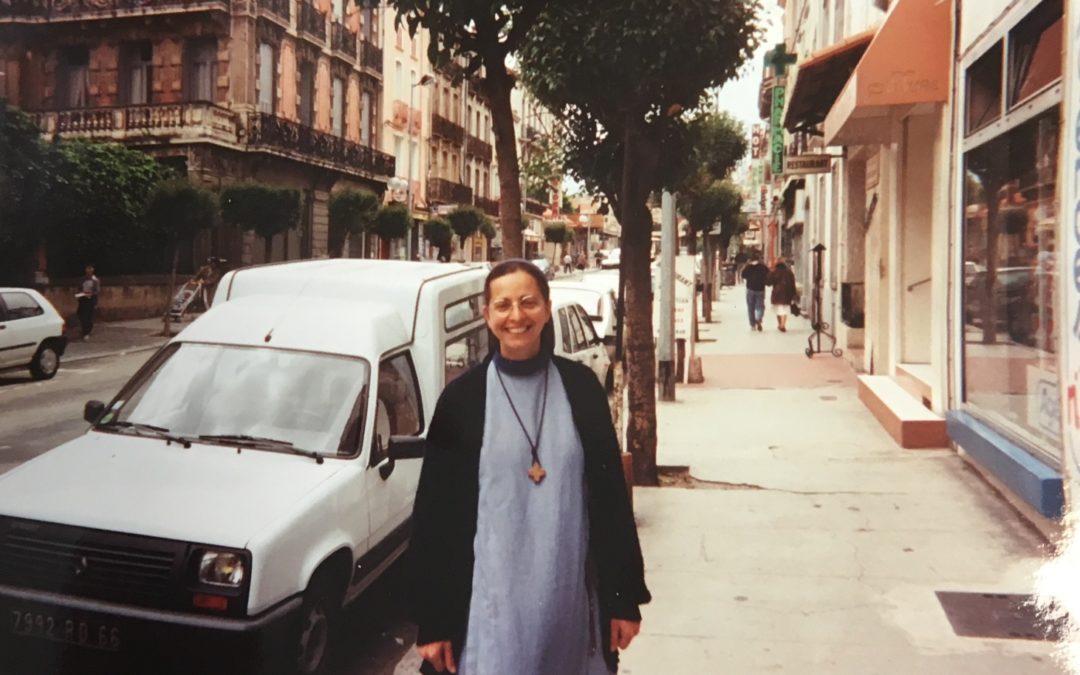 When Dominican Sister of Hope Mary Alice Hannan, OP heard about a congregation of Dominican Sisters who devoted their lives to serving the homeless, she knew she wanted to meet them. There was just one caveat: the group was located in France, and they adhered to the Dominican tradition of being mendicant and itinerant very closely, meaning that they begged for everything they had, changed homes constantly, and often slept in train stations.

A native of New York, this lifestyle was unlike anything Sister Mary Alice had experienced before. Still, she decided to visit the sisters while she was on sabbatical. 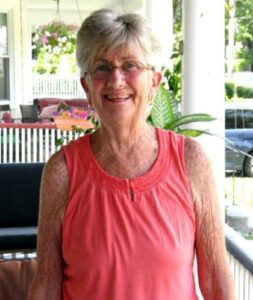 She packed a small bag with dark gray and blue clothing to match the community’s habit. For four weeks during Lent, Sister Mary Alice lived alongside the sisters as they walked the city streets ministering to people and visited the hospitals. Meals were modest —Sister Mary Alice remembers eating a lot of bread— and accommodations were even more modest: Sister Mary Alice’s bed was a wooden door set on top of milk crates.

Sister Mary Alice took the meagerness in stride, but there was a deeper issue for her during her stay: she couldn’t speak or understand French.

“I’m halfway across the Atlantic Ocean when I realize, ‘Oh gosh, what am I going to do?’” Sister Mary Alice recalls. “I almost missed the connecting flight because I couldn’t read the signs up on the wall!” 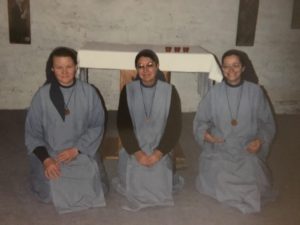 “It was so isolating,” Sister Mary Alice says. “Because of the language barrier, I couldn’t get my voice heard and I couldn’t communicate how I was feeling. It was a quiet but poignant time, a time of real contemplative action.”

By the time Holy Week arrived, Sister Mary Alice’s understanding of the Dominican tradition, ministry, and even Lent had shifted for good. Over twenty years later, Sister Mary Alice lives a comfortable life in New York, but she still tries to emulate that spirit of silent contemplation. 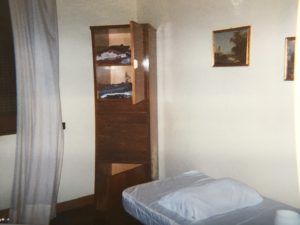 “There has to be a quiet time in the day when you’re totally away from everything,” Sister Mary Alice says. “God speaks in the quiet. Lent is a real opportunity for that.”

Whether it’s taking a quiet walk each day, eating more modestly, or even fasting from other people’s expectations, Sister Mary Alice says that there are a myriad of ways that we can infuse our daily lives with aspects of the desert experience. As she puts it, Lent (and Holy Week, especially) is a special time to ask ourselves “What are you filling your soul with?”

“Holy Week wasn’t about physical things, and I couldn’t understand the traditions because they were in French,” Sister Mary Alice recalls. “So, that time became more about a contemplative way of looking at life. I realized in a new way that God is all-encompassing.”

This Holy Week, what feeds your soul? What actions can you take to make this Triduum more contemplative?