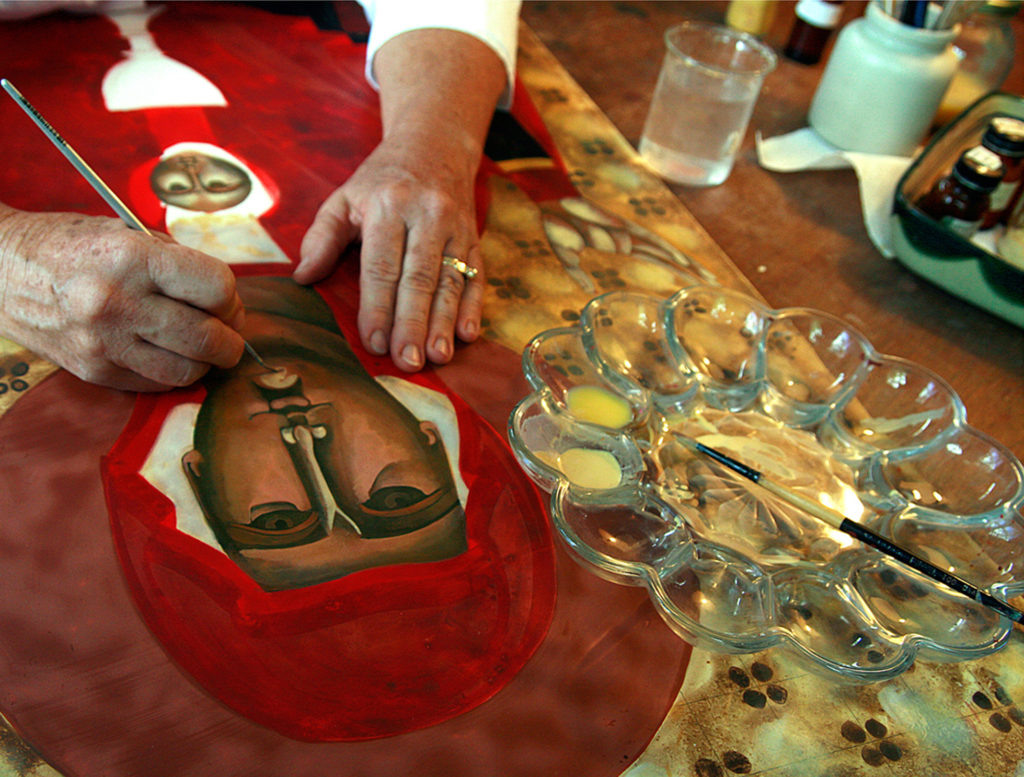 Mary Jane Miller will lead an Iconography retreat at Mariandale this April. Above is Mary Jane painting an icon.

When Mary Jane Miller’s friend proposed that they paint icons in the church basement one Wednesday afternoon, she thought he was crazy. “We don’t know a thing about icons!” she protested. The pair had no formal training –save a one-week iconography class— and Mary Jane didn’t even conceptualize herself as religious.

Still, her friend persisted. The two had their hands blessed and they bought paints. Albeit reluctantly, Mary Jane painted icons that Wednesday in the church basement just under the altar. She hasn’t stopped since. 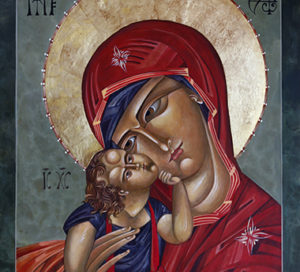 Byzantine iconography dates back to 300-400 AD. The orthodox churches visual interpretation of the Christ story; it was perfected by the Greeks and the Russians over the course of 1500 years. Iconographers are comparable to scribes: they depict the Bible story while remaining as true as possible to the text.

A native of Nyack, New York, Mary Jane had hardly considered the art. An art student and self-described “closet Christian,” she studied abroad in Mexico in her early twenties and met her now-husband, Valentín. While living between Mexico and the United States, Mary Jane made a living off of painting “anything that was paintable.” When she opted to take an iconography course in Tennessee twenty years ago, she didn’t know that it would change her life. 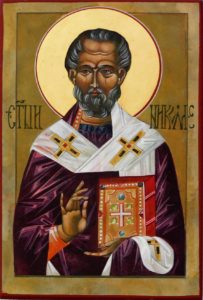 “I was drawn. I was fascinated. I was inspired,” Mary Jane recounts in a phone interview. “I was humbled. One icon led to another icon.”

After the class, she slowly began devoting more time to icons. First, she vowed to devote one whole day to icons per week. Next, she dedicated one whole week to them per month. And then she realized that even that wasn’t enough time. When she proposed to take six months off to paint only icons, Valentín grumbled at the idea. He claimed that, if she took six months to paint only icons, she would never stop painting them.

She took the time anyway. And she’s now a full-time iconographer.

Mary Jane and Valentín now live full-time in San Miguel, Mexico, where Mary Jane teaches iconography every Wednesday and three times a year at a local monastery. This April, Mary Jane returns to Mariandale Retreat and Conference Center to share her love of painting icons.

Her Sacred Icons: Windows into Stillness retreat, which runs from April 10-15, will include meals, prayer time, solitude, and plenty of painting.

Everyone is welcome to attend, Mary Jane says. While she thinks the retreat might be a good fit for art students, religious people, or local iconographers, she emphasizes that having little knowledge of iconography and art will make for an enriching experience. 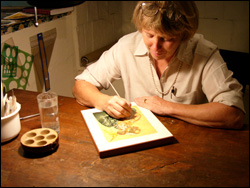 “I’m hoping participants will get a little bit of an introduction to this great history called Iconography,” Mary Jane explains. “I’m hoping they’ll have a peaceful encounter with themselves. I’m hoping they’ll walk away with a beautiful image; if I can do that, it will be a major miracle.”

Mary Jane also says that her retreat isn’t about the icons themselves; it’s about reflection, solace, and fostering a connection with the divine. Icons for her are a way to focus her energy on God. 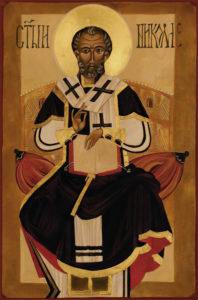 “I want to bring people closer to God,” Mary Jane says. “Not church-God or my God or iconography’s God— I just mean God. Iconography is like a window in a dark room: if you go right up next to the window and push your face up against the glass, you’ll see a lot of light.”

A deepened spirituality might be a success for Mary Jane, but she also acknowledges that painting icons is a long process. After starting iconography over twenty years ago, she says that it’s as endless as exploring her ever-deepening relationship with the divine. Of course, she doesn’t plan to stop painting icons anytime soon.

“When I finally paint that one image that will bring people to prayer, I’ll stop painting,” Mary Jane remarks. So far, she said she’s made “a lot of good copies,” but she hasn’t gotten it quite right.

“I’m still exploring the Jesus story,” she says of iconography, of her relationship with God, of her art. “It seems to me to be endless.”

For more on Mary Jane Miller, visit sanmiguelicons.com or moderncatholiciconography.com. Her books are available for purchase at www.lulu.com.