This Day is Sacred 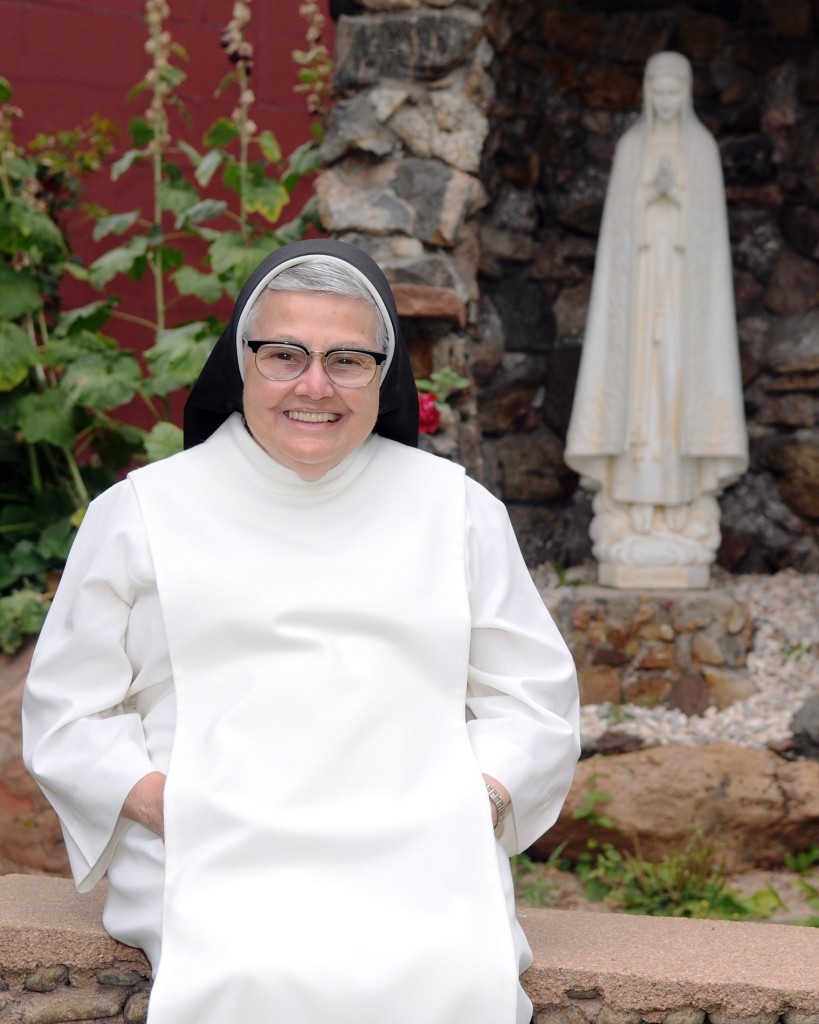 Throughout her fifty-seven years as a nurse, Dominican Sister of Hope Mary Regis Nuva loved going to the grocery store alone. As she saw it, her time shopping was also a chance for her to minister. People often came up to her to share their problems and discuss their lives. Although she spoke about God openly, her goal was never to convert those who she met. “We never forced them to change,” she said. “They are who they are and we honored that.”

However, she wanted them to know that they were worthy, and loved by God. When people told her things that they would tell a priest, she would reply, ‘I’m not a priest: I don’t forgive sins, but God forgives everyone.’

In every case, she used the interaction as an opportunity to make others feel that God loves them, regardless of what they’d done.

“I love to make people feel how much they are loved by God,” Sister Regis said. People sometimes were frightened and expressed sentiments like ‘God isn’t going to bother with me,’ but Sister Regis had a sharp reply. “You’re wrong!” she would say. “He bothers with every one of us! I hope and pray that they remember that.” She would pray for them, and she would tell them that she knew that God loves to forgive, and He’s our father.

With that, Sister Regis offered her two favorite quotes. The first: “to love and serve the sick poor,” as stated by the Dominican Sisters of the Sick-Poor Mother Founder Sister Mary Walsh, a mission that Sister Regis espoused throughout her life as a nurse in New York and then in Denver, Colorado.

The second was from Bible. On the night he instituted the Holy Eucharist, Jesus said, “I give you a new commandment, that you love one another as I have loved you.”

When Sister Regis heard that quotation, she thought it was so beautiful that she never forgot it. “When you look up at a crucifix, that’s quite a commandment,” she said.

And so she put it into practice everywhere, even in the frozen foods aisle.

The fact that Sister Regis was approached so frequently might be attributable to the fact that she wore a habit. However, those of us in layman’s clothes can get into the habit of spreading God’s love, too.

“My goodness, life is just a wonderful thing,” Sister Regis said, noting that she loved to make people laugh and she loved to laugh herself.

She carried this love of life everywhere, from her patients’ bedsides (“We never, never criticized their homes; we always tried to give them a helping hand so that they can see that they are certainly loved by God,” Sister Regis said) to her personal life (for her eighty-sixth birthday, she had a birthday bash with over 150 people, and she spent time with every person there).

It might sound obvious, but it’s easy to underestimate how far a smile, an open heart, and a few holy reminders can go. Even during the most mundane errands, Sister Regis managed to never forget. Whether it’s a kind gesture we extend, a listening ear we choose to offer, or a smile we simply wear, we can minister in even the most banal places just like Sister Regis did.

“It’s true that God loves us so much,” Sister Regis said. “Life is a beautiful thing. It really is. I wish that everyone remembers that.”

Perhaps remembering that life is beautiful, that this day is sacred, is the first step.

Sister Mary Regis Nuva passed away on September 22, 2014 in Denver, Colorado at Presbyterian /St. Luke Hospital. She was 86 years of age. Read more about her life here.