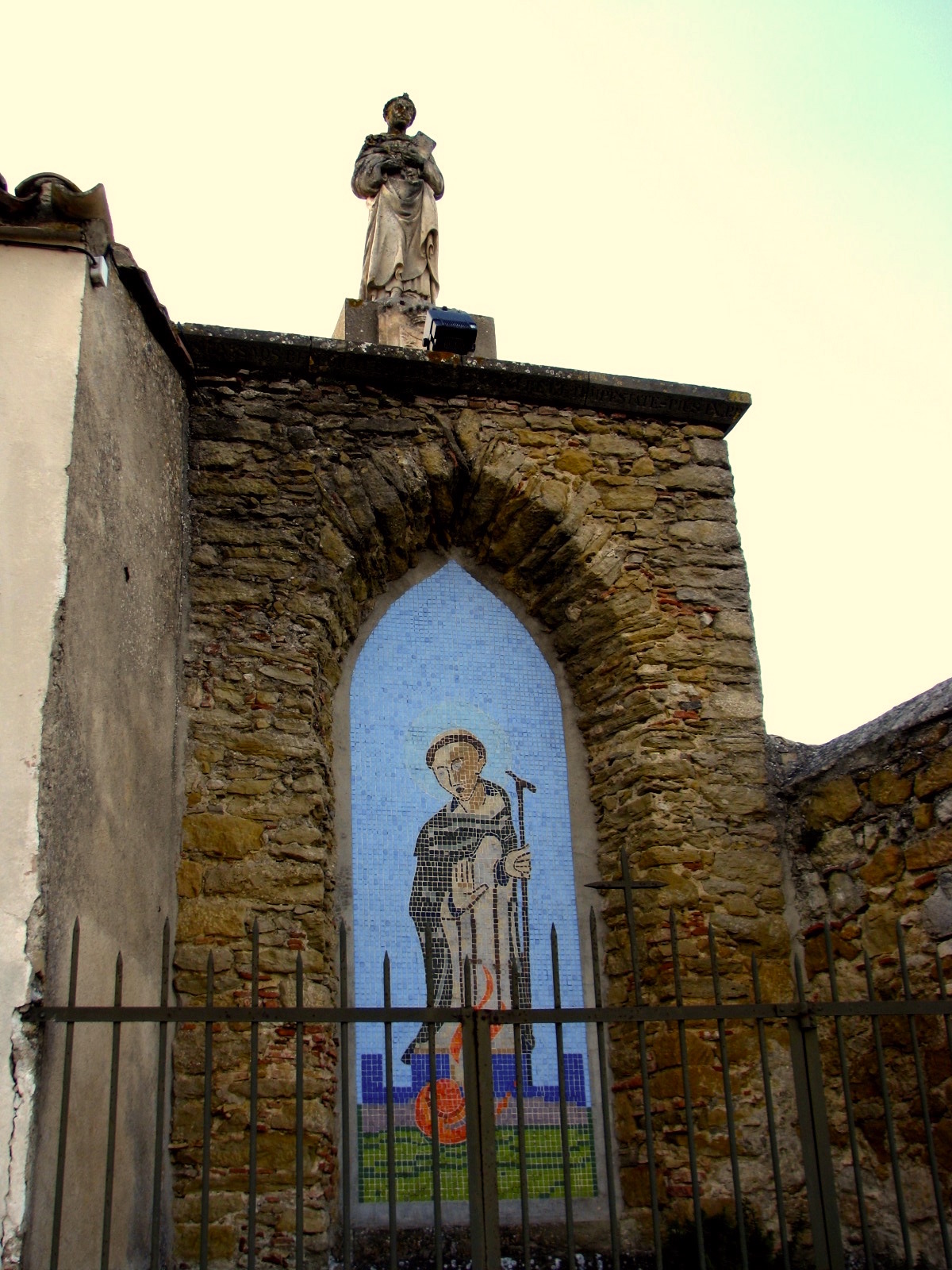 A statue and mosaic of St. Dominic

The answer necessitates a look back at history, back at Saint Dominic himself. 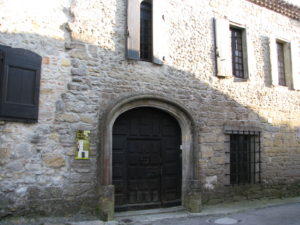 In 1170, Domingo Félix de Guzmán was born in Caleruega, Spain. He attended the school of Palencia where he became a priest in the canonry of Osma, following the rule of Saint Benedict.

In 1203, Dominic set out with Diego de Acebo, the Bishop of Osma, to journey through the South of France. On their course, they met the Cathars, a Christian religious sect with gnostic and dualistic beliefs that the Roman Catholic Church has since deemed heretical. Dominic was saddened by these people and their take on Christianity, and he longed to introduce them to his version of Catholicism, which was less austere, holistic, and not dualistic. 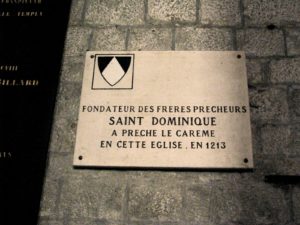 A plaque commemorating that Dominic preached in the Carcassone church

He remained in Southern France, led a religious life, and befriended the Cathars. But he also argued with them publicly.

It wasn’t quite as strange as it might seem to us twenty-first centurians. Public and formal disputations were common in the Cathar culture; consequently, Dominic and Diego were often challenged to public debates. Because Dominic studied arts and theology for ten years at Palencia, he was eloquent in his arguments. He was also fiercely compassionate for the people, and argued out of his genuine faith.

Dominic never presented violence, but instead engaged in dialogue, discussion, and debate. During his downtime, he was said to have spent the night praying for the people, and even wailing in compassion for their souls.

In 1204, Pope Innocent III refused to allow Diego and Dominic to devote themselves full-time to the 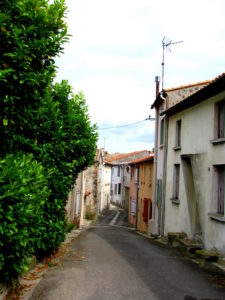 conversion of unbelievers in distant lands. Diego left, and Dominic found himself alone in Southern France.

In the following years, Dominic preached at various pulpits in various churches throughout Fanjeaux, Toulouse, Carcassone, Southern France. However, his preaching was hardly limited to speaking in a church. For Dominic, preaching was lifestyle, it was the way he lived. Preaching was public debate with others –never violence or hostility—but calm, educated arguments. Preaching was study so that he could have the most thoughtful debates and conversations possible.

For Dominic, preaching was friendship with the Cathars. Preaching was spending days with them and praying for them throughout the night.

There is one story that exemplifies this point:

Once, when informed that a band of heretics whose anger Dominic had incurred by his fearless denunciation of their vices lay in wait for him at a certain place to assassinate him, he deliberately approached that place singing joyously to the utter amazement of his hidden enemies.¹

He sang. In the face of danger, Dominic sang. 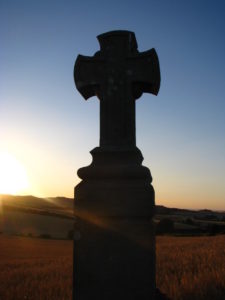 The cross that marks the spot where assassins waited for St. Dominic, but ultimately chose not to shoot him

So, when Dominicans put ‘O.P.’ after their names (or create a website called OPhope, for instance), they’re harkening back to all of these: faith, itinerancy, love for others, study, joy. On a pilgrimage in Fanjeaux, one of the Dominican sisters said during reflection, “I preached from the pulpit once and I’ll never do it again. Thank God that isn’t the only form of preaching!”

Indeed, it isn’t. As Dominic modeled, being a member of the Order of Preachers means letting faith shine through all aspects of one’s being and one’s life.

Although it is written that he was often regarded as a “rotten apple” among the people in Southern France, Dominic is said to have still maintained a friendly disposition. He prayed, tried to live an exemplary lifestyle, and was always willing to engage in respectful debate. By 1206, nine Cathar women converted to Catholicism, and, with the permission of Foulques, Bishop of Toulouse, Dominic established a convent for them in the French town of Prouille.

This is the Dominican legacy and heritage. These are the stories that Dominicans hold dear. And this is what we reference when we identify ourselves as members of the Order of Preachers.

For two weeks in June, a group of twenty-three people (about half sisters and half lay people) traced the footsteps that Saint Dominic laid in France over eight centuries ago. We learned about the life and ways of Saint Dominic so as to consider how we can live in a way that spreads his spirit today. This article is the first in the resulting series on Dominican faith. We posted these as a countdown to Saint Dominic’s Feast Day, August 8th. For the entire series, click here.