5 Tips for Caring for Others as a Hospital Chaplain 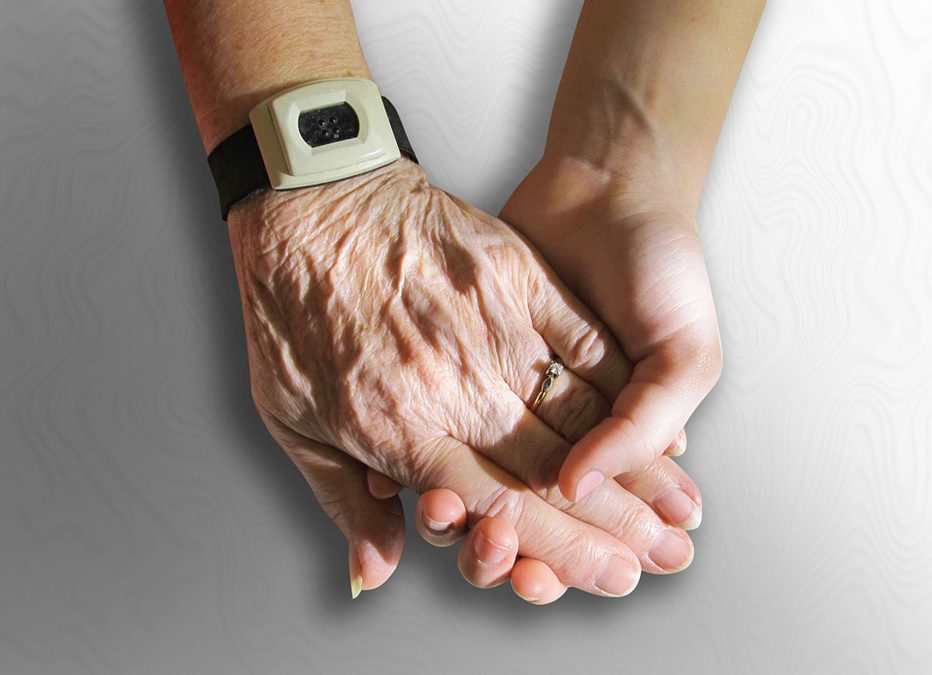 When asked about the highlight of her years as a sister, Dominican Sister of Hope June Baker’s reply is immediate: she loved working as a chaplain. In 1980, after completing a Clinical Pastoral Education program, Sister June became a certified chaplain in the Pastoral Care Department at Ellis Hospital in Schenectady, NY. She ministered there for eighteen years, and now volunteers at St. Luke’s/Cornwall Hospital.

She says that the chaplaincy experience was the “greatest privilege of her life.” 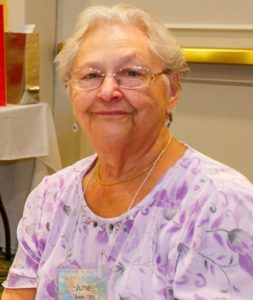 “It’s beautiful,” Sister June shares. “I find being with dying people such a privilege. It’s an opportunity to help them cross the bridge from life into afterlife.”

However, the time of death is often laden with hard emotions like anger and pain. While it is holy, the environment of chaplaincy is certainly challenging.

Below, Sister June shares some tips for maintaining a spirit of faith and peace as a chaplain.

1. Respond to the Patient’s Need, Not Your Own

For years, Sister June went into patients’ rooms, prayed with them, and left. It wasn’t until one patient voiced a specific need that she realized listening was more powerful than trying to (often wrongly) predict what was on other people’s hearts.

“I was visiting the ICU and I finished praying with one patient,” Sister recalls. “Then, the woman asked, ‘Sister, could we pray for my children? Today is their first day of school.’

“I would have never thought of that!” Sister June concedes.

Sister learned from the experience to enter each room “as an empty slate.” Instead of thinking about what she could do for patients, she learned to be receptive to their needs in that moment, and to ask first.

“Don’t bring your need into the room,” Sister June says. “Sometimes, you’ll be surprised by what patients might be thinking or might need.”

It’s no coincidence that one of Sister June’s favorite prayer websites is entitled Pray as You Go. Praying as she goes has become a sort of mantra for Sister June, who recognizes that nurturing her own spirituality is an important precursor to praying with her patients.

In truth, the stronger her relationship is with God, the more that she can help patients connect with Divine Peace and Love in their final stage of life.

“This is a ministry with a lot of anger, pain, and death,” Sister June says. “Pray for the wisdom to be able to receive that.”

For Sister June, personal prayer goes even beyond ministering to patients. When she accompanies others in their final moments of life, she comes face-to-face with God in a very intimate way. Such encounters are moving for her, and she wants to be prepared for them.

“I’ve never felt closer to God than when I have been with a patient who has crossed over,” Sister June says. “God is there; God is waiting to receive that soul. Earth meets heaven in a very special way.”

As you care for others in this ministry, remember that you must first care for yourself. And, especially in chaplaincy, spiritual care is paramount.

3. Be Open but Not Forceful

Sister June is very honest about the fact that many patients didn’t welcome her as a chaplain.

For those who didn’t want to see her, she was content to just wave as she passed the room or quickly stick her head in.

“I didn’t want to invade their privacy by entering the room,” Sister June says.

Some people did allow her in, but they weren’t willing to open up. This was especially the case for patients who were struggling with a diagnosis and feared becoming overly emotional.

“Men were often scared of breaking down or crying,” Sister recalls.

Although Sister felt that she had a lot to offer patients, she was able to take a step back and meet them where they were. Instead of trying to force prayer or reflection, Sister allowed patients to set the tone and she respected their wishes.

“I feel I can bring to the dying words of God’s compassion and healing and love,” Sister reflects.

Sometimes, instead of “words” Sister’s message of compassion and love was more potent through respectful silence.

For those who did want to talk, Sister June found that words of positivity were always best. She saw the “kindness of Christ with the people [she] worked with,” so returning that kindness was natural for her.

One day, a man opened up to Sister June about his cancer diagnosis. He was distraught, but Sister was able to offer good news. After he shared his concerns and worries, she responded:

“This doesn’t have to be the end, you know. You don’t know what treatment is going to do for you.”

The advice wasn’t halfhearted. Sister has seen a plethora of medical science advances over the years, especially in cancer treatment and heart surgeries. She says that the lives saved due to medical advances “give her hope.” She then passes that hope along to patients.

“I’ve seen so many changes in medical procedures and medicine over the last eighteen years,” Sister June says. “Many more lives have been saved.”

Of course, it isn’t always realistic to give patients hope for a cure or an extended life. When it is, though, such reminders are not only powerful, but necessary.

5. Bring Joy into the Room

Certainly, it would be a little odd to enter patients’ rooms with an elated disposition. Yet, being mindful of joy has deeply enriched Sister June’s ministry as a chaplain. When patients had a terminal illness, she tried to inspire joy instead of dwelling on the pain and desperation associated with the diagnosis.

After she learned that one man had cancer, Sister told him that this was an excuse to do whatever made him happy for the rest of his life.

The message is so simple, but it’s difficult to remember in times of intense fear and uncertainty: embrace joy. Do what makes you happy.

And, after patients pass, although there’s certainly sadness, that can be a time of joy, too.

“That person who’s been in hospice is finally relieved,” Sister June says. “It’s a beautiful time. The pain and sorrow have finally been released.”