9 Quotes for Reflection on the Anniversary of Laudato Si’ 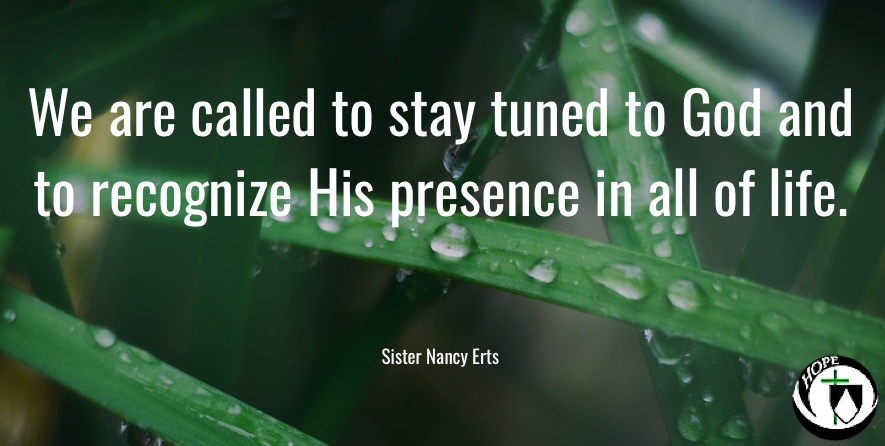 One year ago, Pope Francis published an encyclical on the environment, “Laudato Si’, on Care for Our Common Home.” As a community, we have studied the184-paged encyclical, and we continue to be moved by Pope Francis’s message. On the anniversary of the publication of Laudato Si’, we invite you to reflect with us on our Earth and our responsibility to it via the quotes below. 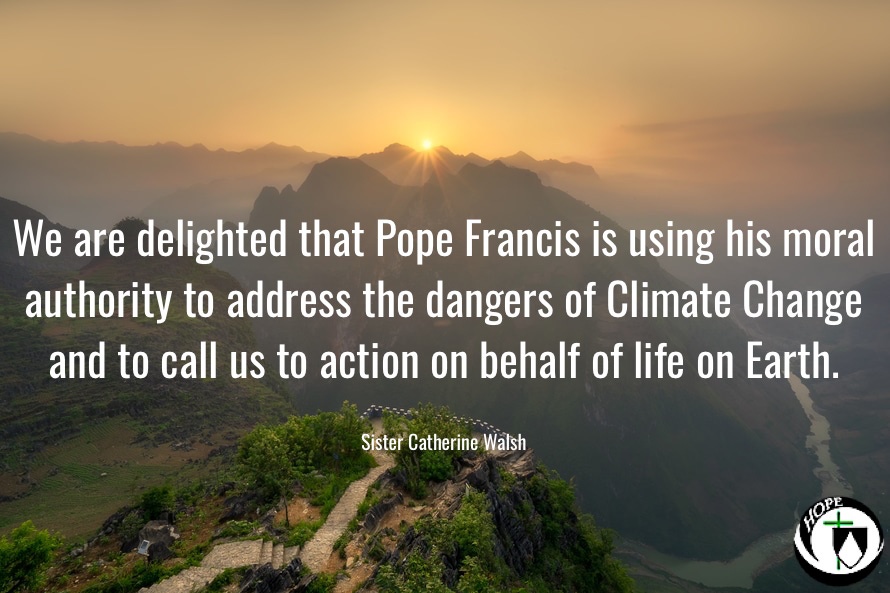 As Sister Catherine Walsh wrote in a letter to The Times Herald Record, the sisters are grateful that Pope Francis has stressed the importance of climate change and of caring for our Earth. “All scientists agree that Earth is warming, which is destructive to life on the planet,” Sister Catherine writes. “While some may deny that human activity causes climate change, the vast majority of the scientific community does not.” As the sisters see it, having a major Catholic figure (the head of the Church!) confirm that climate change is real –and that it’s serious– is a big step in the right direction.

2. Let’s Talk about It Together 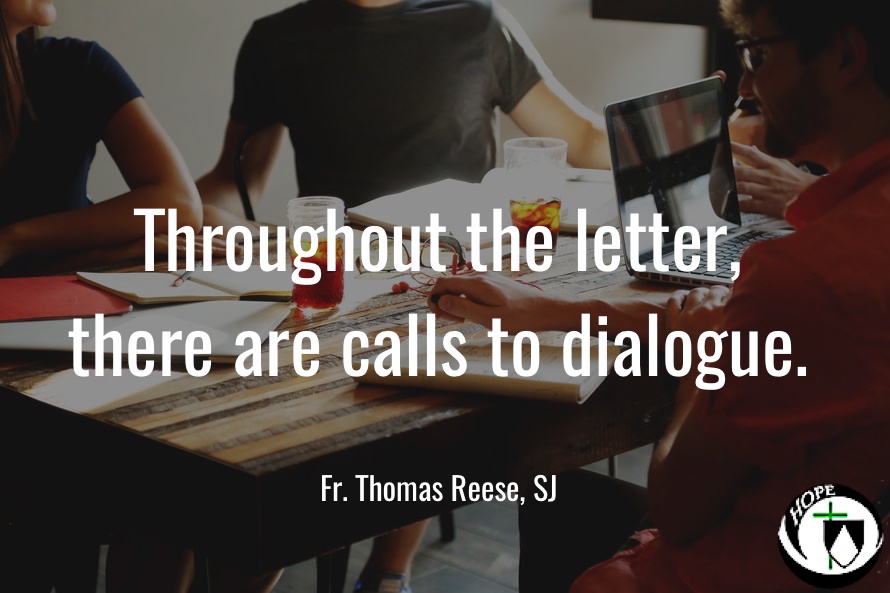 In addition to gratefulness for the encyclical, the sisters have taken the opportunity to interpret and reflect on the text together. Sisters in Asbury Park gathered in an impromptu book club to discuss Pope Francis’s message, while Sister Nancy Erts held a reflection day at Mariandale to discuss the encyclical. The group used Father Thomas Reese SJ’s reader’s guide to Laudato Si’. According to Sister Nancy, understanding this text in a group is crucial to digesting its full message. “Study, meditation, and contemplation [along with community] are helpful in bringing us to higher consciousness,” Sister Nancy says. 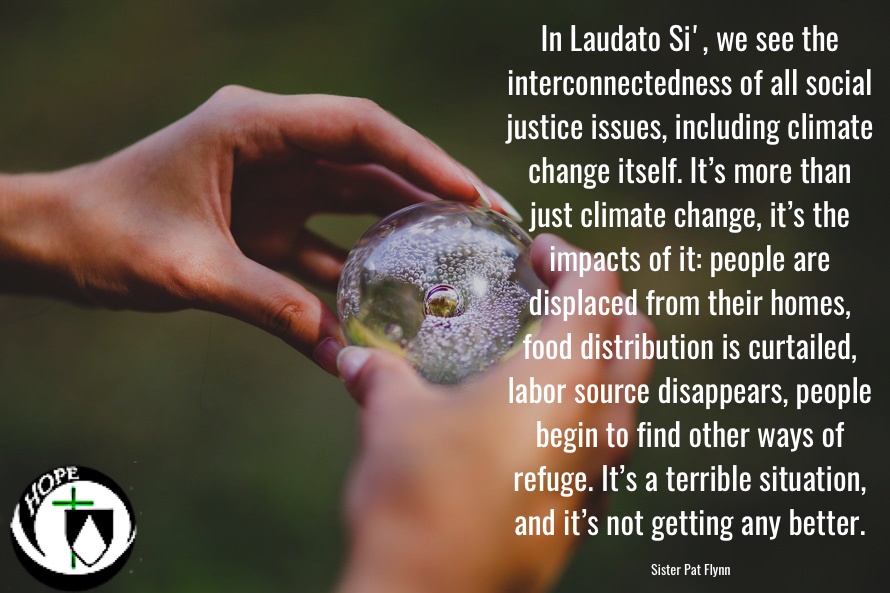 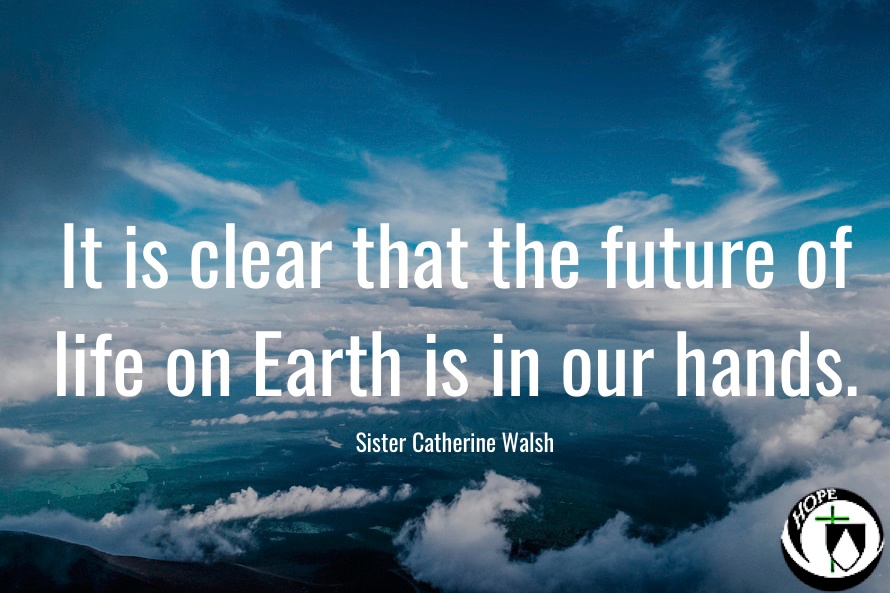 Although the encyclical details the current state of the climate, Sister Catherine notes that it also pushes readers to look toward the future. “Climate Change is clearly a moral issue,” she writes in her letter to the Times Herald-Record. “It is the most vulnerable who disproportionately suffer from the excessive floods and fires and the extreme cold, heat and storms (like Hurricane Sandy) that are being experienced around the world. Arctic and island countries and poor people in general – those least responsible for climate change – are paying the highest price for our use of fossil fuels.” Thus, the NY/NJ Congregations of Dominican Sisters have committed to take action to stem the tide of Climate Change. In addition to taking a corporate stance on climate change, the group is working toward ways that they can help to preserve and protect Earth for generations to come. It sounds like a big initiative and it is, indeed. Holding responsibility for the future of life on Earth is no small task. 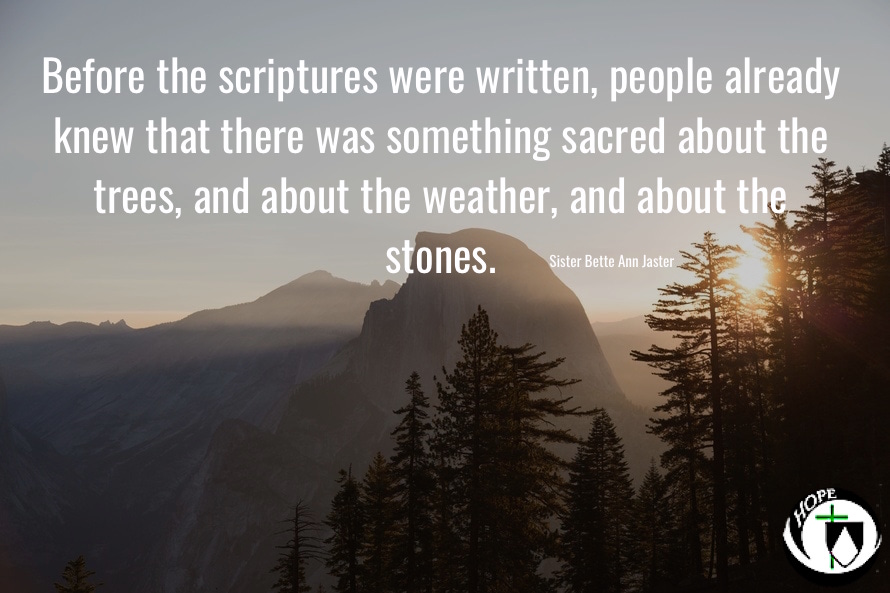 Pope Francis’s words on the sacredness of creation couldn’t be clearer: “The universe as a whole, in all its manifold relationships, shows forth the inexhaustible riches of God,” he writes. As he stresses the message of each creature in the harmony of creation, Pope Francis quotes John Paul II’s August 2000 Catechesis: “We can say that ‘alongside revelation properly so-called, contained in sacred Scripture, there is a divine manifestation in the blaze of the sun and the fall of night.’” “Paying attention to this manifestation, we learn to see ourselves in relation to all other creatures,” Pope Francis writes. “‘I express myself in expressing the world; in my effort to decipher the sacredness of the world, I explore my own.’”

Alas, the natural world isn’t only sacred, we are sacred. And we are part of nature ourselves. 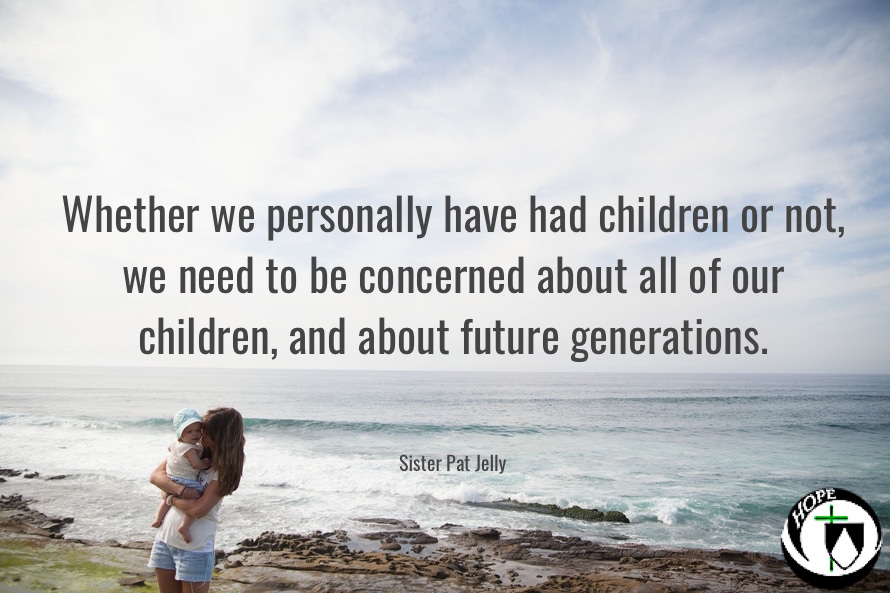 Regardless of whether or not you’ve read the encyclical, it is about you. Because the future of the Earth is all of ours, we inherently shape the future whether we choose to acknowledge it or not. Unsurprisingly, Pope Francis urges us to acknowledge it. “I urgently appeal, then, for a new dialogue about how we are shaping the future of our planet,” he writes. “We need a conversation which includes everyone, since the environmental challenge we are undergoing, and its human roots, concern and affect us all. All of us can cooperate as instruments of God for the care of creation, each according to his or her own culture, experience, involvements and talents.”

7. The Bible Tells us So 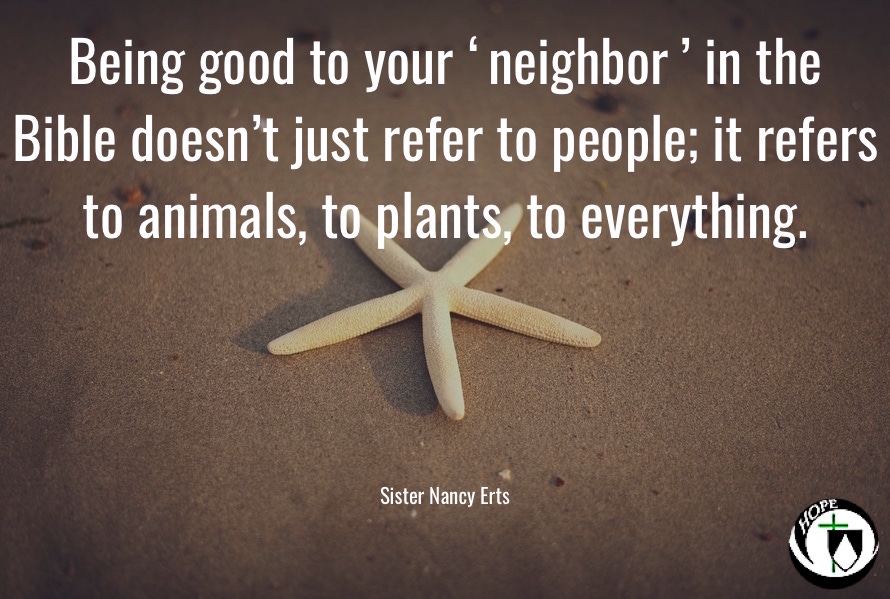 Pope Francis ties our duty to Earth back to scripture, a link our sisters have long recognized. “Although it is true that we Christians have at times incorrectly interpreted the Scriptures, nowadays we must forcefully reject the notion that our being created in God’s image and given dominion over the earth justifies absolute domination over other creatures,” Pope Francis writes. “The biblical texts are to be read in their context, with an appropriate hermeneutic, recognizing that they tell us to “till and keep” the garden of the world (cf. Gen 2:15).” Sister Nancy Erts, who has led retreats on this concept, couldn’t agree more. Her retreats are designed to help participants realize their power as stewards of God’s creation. According to Sister, “We need to develop a right relationship with nature in order to have a right relationship with God.”

8. We Must Wake up to Beauty 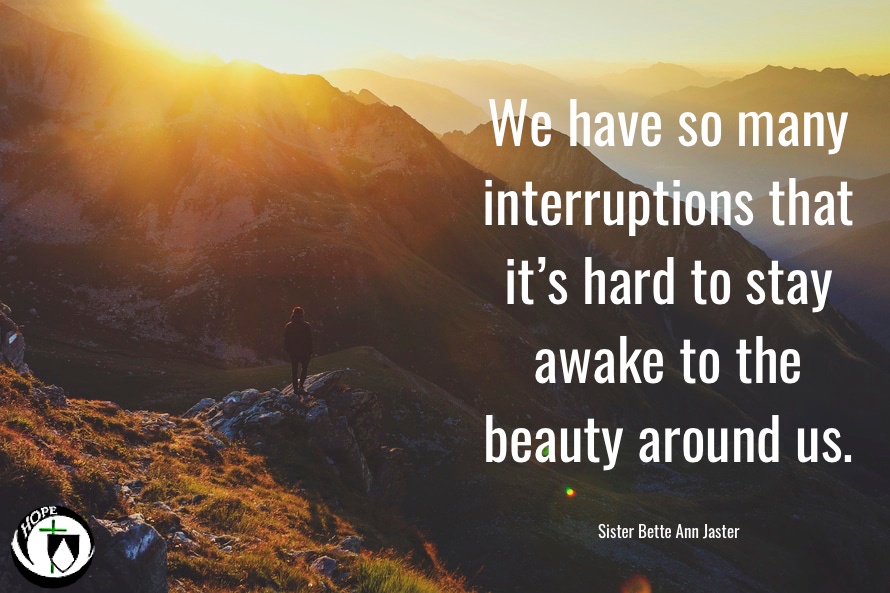 It’s easy to pass through nature without giving the beauty around us a second thought. That’s why the sisters are pleased that Pope Francis highlights the sacredness of the natural world around us. However, the very title of the encyclical is a reminder that nature is a thing worth of praise. Pope Francis begins the encyclical by emphasizing this point: “LAUDATO SI’, mi’ Signore” – “Praise be to you, my Lord”. “In the words of this beautiful canticle, Saint Francis of Assisi reminds us that our common home is like a sister with whom we share our life and a beautiful mother who opens her arms to embrace us,” Francis writes. “‘Praise be to you, my Lord, through our Sister, Mother Earth, who sustains and governs us, and who produces various fruit with coloured flowers and herbs.’”

9. It’s Time to Move Toward Equity 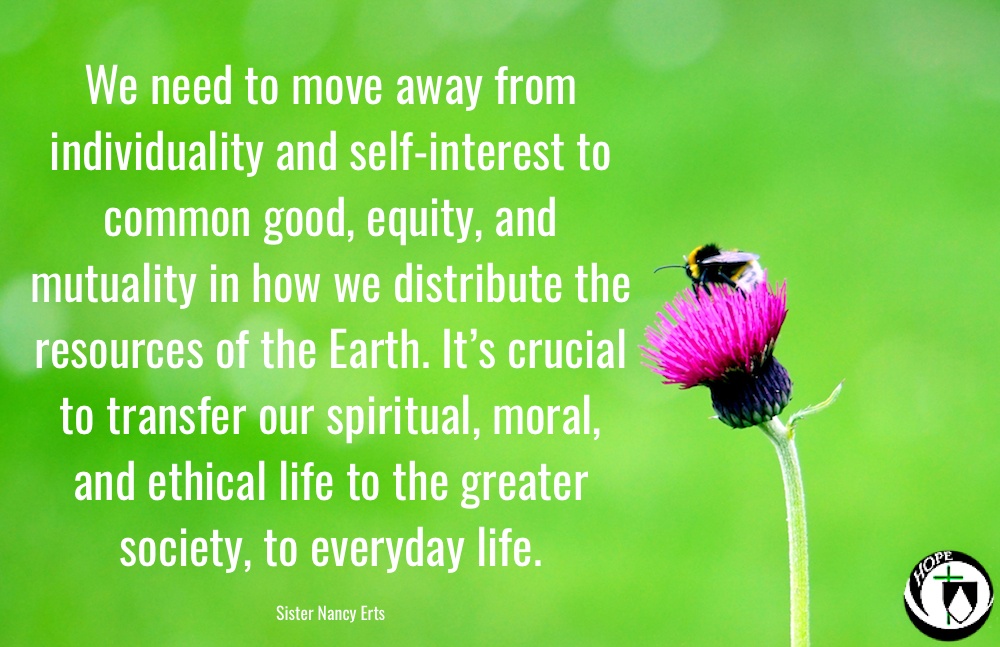 The encyclical is clear about one thing: the time to take action is now. Just as Pope Francis published Laudato Si’ with a feeling of urgency for our Earth, the Dominican Sisters of Hope take the call to act for Earth’s sake very seriously. Check out our commitment to work on climate change impacts here. Want to join us in our efforts? We garden, bee-keep, and advocate for Earth among other initiatives. You’re even welcome to walk our labyrinth at Mariandale and rediscover the beauty of the world around us.