Christ is Still Crucified Today. Will We Stand by and Watch? 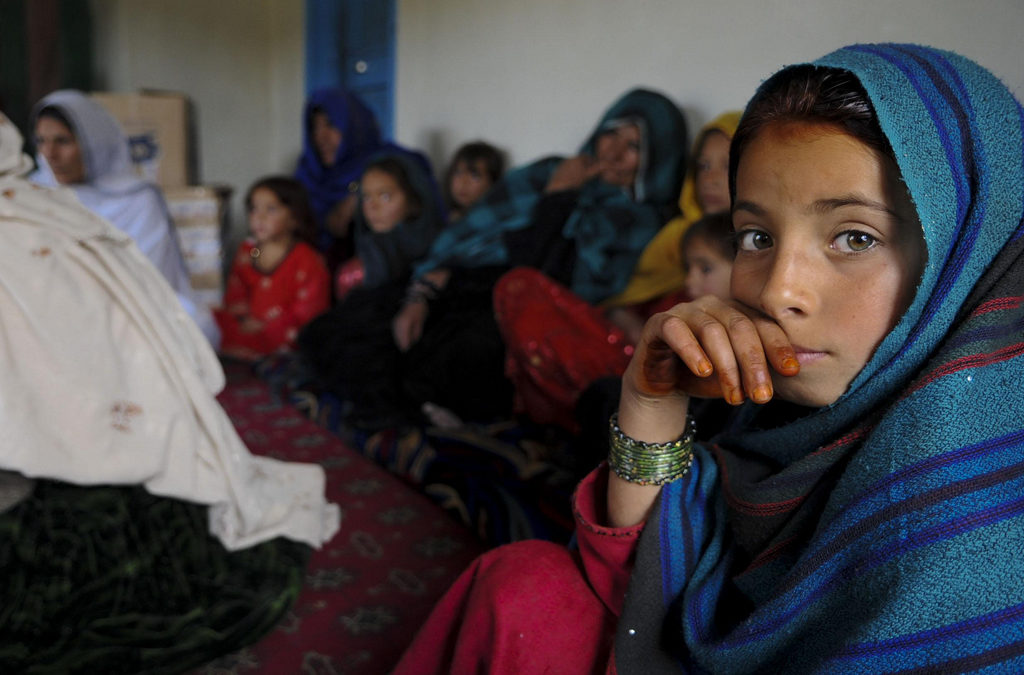 Every year at the Good Friday service, I get choked up. It always gets me: the thought of Christ being crucified and the many people that let it happen. Didn’t they know? Didn’t Pilate himself say that Jesus was innocent?

So many people just stood by; and maybe they were powerless and maybe it really felt like a simple execution of the law of the time. Still, there’s something so raw about it: despair mixed with guilt. The emotion, I think, is similar to that which filled the room when I sat with Catholic Sisters from around the world who were visiting for the 60th session of the U.N.’s Commission on the Status of Women.

From March 14th – 24th, the group of ten Catholic Dominican Sisters —many of whom don’t speak English and had never been to the United States— left their homes to educate themselves about the stark reality of women’s rights, and to empower themselves and others to work for justice.

Sharing dinner with the sisters after a day at the Commission, a mix of hope and agony lingered among us. 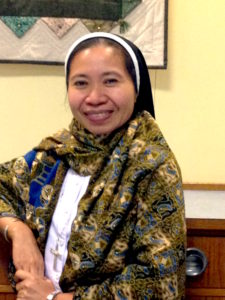 Sister Elsie Bagaypo, for one, had tears in her eyes. Sister Elsie is originally from the Philippines, but she now ministers in Timor-Leste. In her village, women are treated like property after they are “purchased” for marriage at the cost of seventy-two cows and twenty-five pigs.

As such, Sister has witnessed the abuse of women at the hands of their husbands; many nights, she’s shaken awake by women who have been beaten (on one occasion, one woman was hit over the head with a chair) and need a ride to the nearest hospital.

Sister works at a program that teaches agricultural skills to victims of domestic abuse so they can render their own income. However, even within the program, Sister witnesses the perpetuation of violence.

“I saw one woman hit another,” Sister Elsie explained tearfully. “She was trembling when she did it. It’s sad, but she is a product of her environment. I’m realizing that, at my program, we fail to identify the root cause of women coming to the program. It pains me, but the trauma’s not being addressed.”

Over a meal of spinach pie and chocolate-chunk cookies, the sisters listened to her experience, many of them with their heads bowed, perhaps in a sort of prayer.   ”Women need projects that are going to help them to rescue their own sense of dignity,” Sister Ana Belen Verisimo from Brazil offered in response.

Unfortunately, Sister Elsie’s story was just the beginning of a litany of stories.

“Many couples do not marry legally, they only form an informal contract between their families,” Sister Julienne explains. “It’s very evident that, if a man dies, the mother of his children has no rights to his heritage because his means go to his family. She has to raise the children, but she has no income or shelter. That’s a common problem. And many men don’t want to marry legally.”

The issues are big, and they require greater agents of change than individual sisters. The sense of hopelessness, the anguished plea of CAN’T ANYONE SEE THIS??? paralleled my experience of Good Friday. 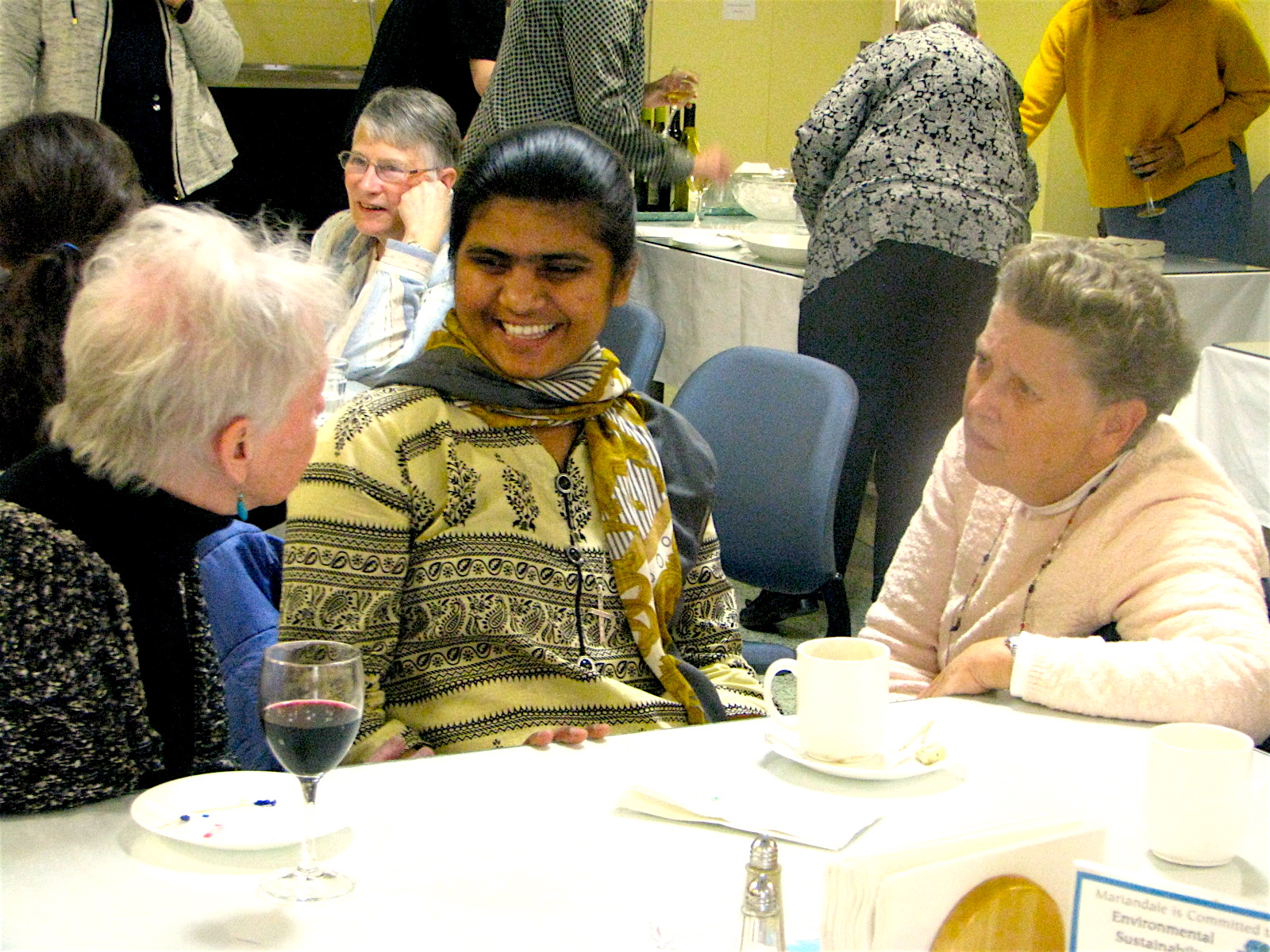 If you think about these stories, coupled with the fact that around 120 million girls worldwide have experienced forced intercourse or other forced sexual acts at some point in their lives, and that adult women account for almost half of all human trafficking victims detected globally, and that one in three women worldwide has experienced physical or sexual violence, it’s easy to fall into despair. The statistics are sobering and the lived experiences of women around the world are painful to hear.

Yet, these sisters hope to create change with what they have where they are. They came to the United Nations not just to educate themselves and commiserate, but to formulate action plans.

Sister Anjana Parmar from India teaches Human Rights to undergraduate students who are obtaining degrees in social work. She is anxious to bring her experience from the Commission into her classroom.

“I want to take away what I’ve learned here at the U.N. and go back to my country and raise awareness,” she said. “I can bring it into my classroom, little by little. I can translate these U.N. talks into action. There is potential for change.” 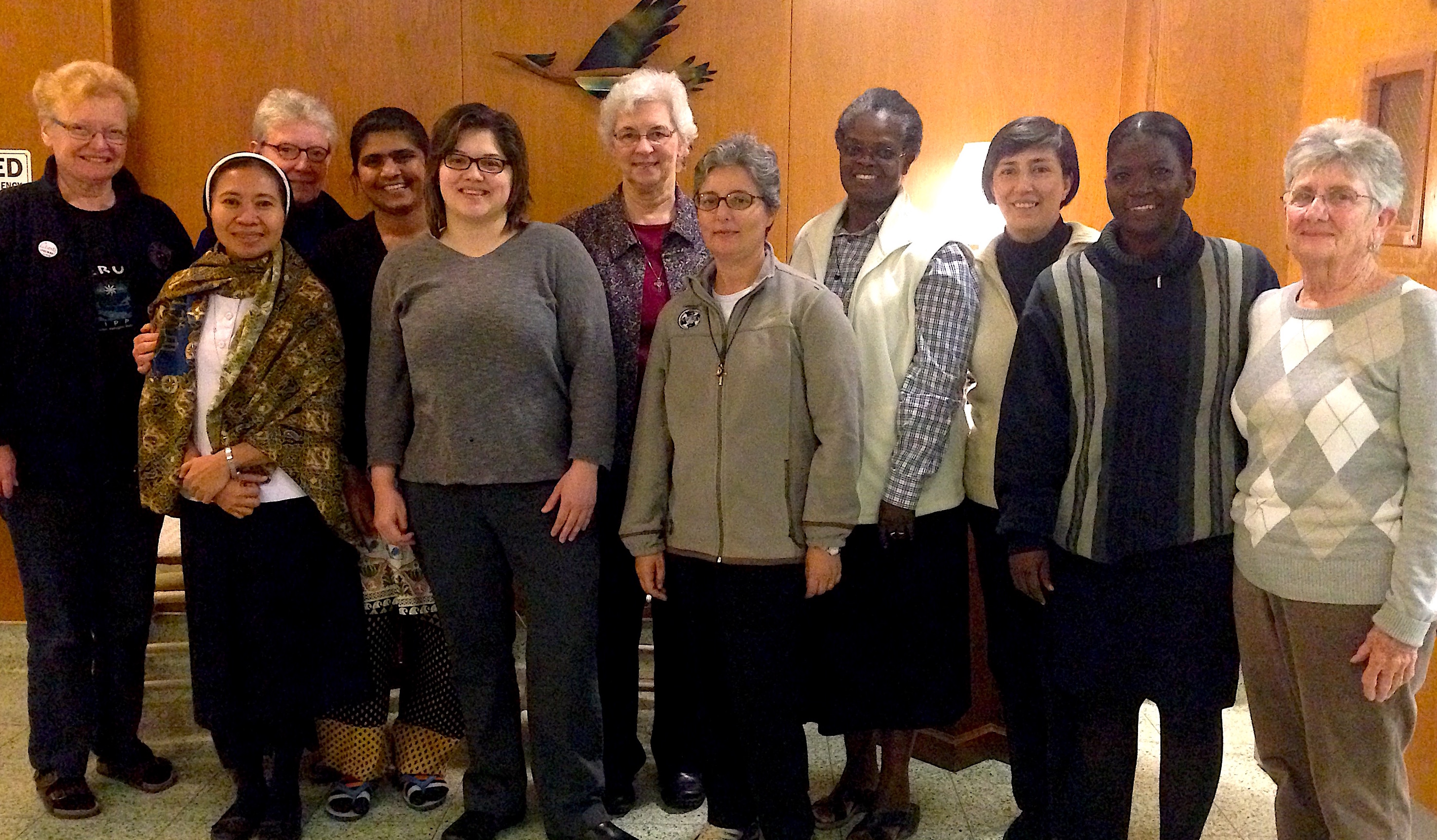 The group of visiting Dominican Sisters, plus Cassie Vazquez of DomLife.

“The Kenyan government has signed all these statutes about gender inequality to stop the problem, and they need people like myself to join hands in order to carry them out,” Sister Bernadette said. “We may pray and stay informed, but change will come from us joining together and taking action. Let’s link ourselves with NGOs. Let’s share knowledge so that others can become aware of these problems. The awareness has to begin somewhere; we have to stop taking things for granted. Nobody is going to do it for us.”

The situation for women worldwide might be dire, but these sisters are proof that positive change can and will happen. Whether it’s pressuring governments to carry out legislation, advocating for trauma centers and systemic change, or helping individuals on-the-ground, these women are standing up and saying “enough.” They’re stopping the persecution, or at least fighting it.

It’s no coincidence that, meeting during Holy Week, talk of the Resurrection came up.

As Sister Anjana noted, violence and hatred cannot be the end of the story. Injustice cannot thrive; no one can be left to mistreatment or violence.

Justice has a voice and hands and feet. In fact, it has ten pairs.

“As religious, we also believe in the Resurrection,” Sister Anjana said. “Resurrection means for us that Good Friday, which symbolizes violence and hatred, is not the end. There is always Easter. There is always redemption. Ghandi said ‘You shall not rest until the tears of the last person are wiped out,’ and I believe that to be true.”

This morning, the sisters return to their homes around the world. They might be exasperated, homesick, weary from travel. But one thing is for certain: they are not resting. They harbor the strong resolve to make change. As frustrated as they might become, they hold the hope of Easter in their hearts.