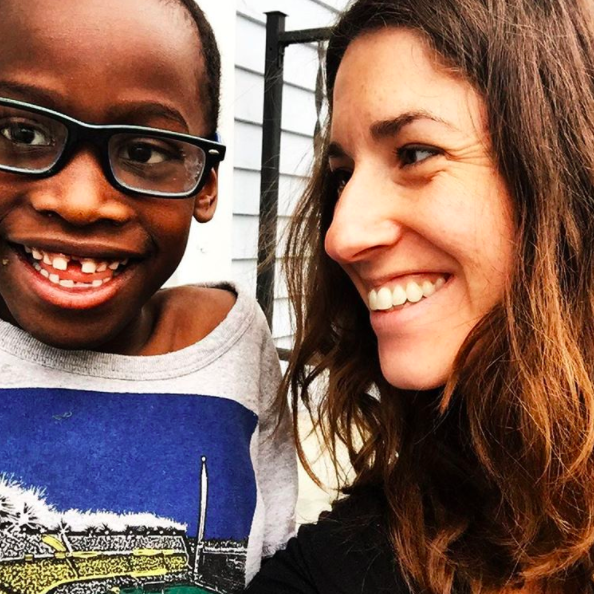 Right now, one of the mandates issued by the Leadership Conference of Women Religious is to educate ourselves on and confront racism. The Call for 2015 – 2022 acknowledges that inequity breeds oppression, that we need a more welcoming Church community, that we are challenged, still, to live on the margins, welcome diversity and honor shifting worldviews.

In other words: we are challenged to discuss and confront racism, both within ourselves and in society at large. We couldn’t think of a better way to start than with our friend Shannon Evans, a blogger and author. We’ve long admired her writing; with excited hearts we introduce to you Shannon!

Six years ago I became a mother. Before trying to have biological children, my husband and I had decided to adopt a child already in need of a family. Our desire to practice an incarnational Christianity led us to a tiny orphanage in Uganda, where we met and fell in love with our first son. A judge, not an OB/GYN, was the first to declare us parents. 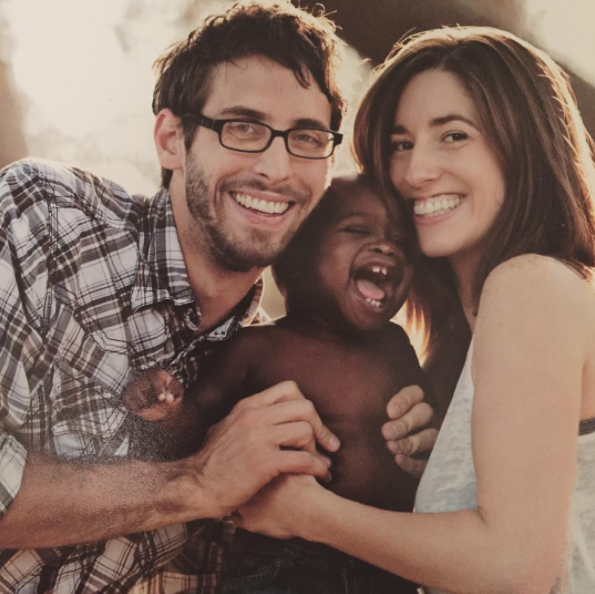 Six years ago I had done my research. I knew that the long task before me included not just diapers and fevers, emotional refuge and moral guidance; my unique motherhood required of me a commitment to learn about and engage in a culture different than my own.  And not necessarily my son’s Ugandan culture, for although critically important to his identity, he would likely never again live in his home country.  I knew little of much at all six years ago, at 27 years old, but I knew my son would grow up African American.  And I knew I had to help him do it.

Six years ago social media had not yet hit its boom.  Cameras on phones were novel, ignorance was unfortunate bliss, and Black Lives Matter was still an unnamed dream in the hearts of hopeful black Americans.  The United States had managed to push racism under the surface, where white women like me had the privilege of assuming it rare.  Six years ago my biggest concern for our transracial family was having Black friends for my son to identify with.

We all know how the story twists.

Smart phones began catching disturbing videos, Twitter created overnight hashtag phenomena, Facebook Live broadcasted police brutality, and slowly what was once dormant found resuscitation.  Seeing the eyes of my son when I looked at Travyon, Tony, and Freddie, I began posting cries for justice on my blog and social media.  Many raised their voices with me but there were also those whites who came out of the woodwork- some of whom I had never met in my life- to correct my “slander”, to ask me if I’d like to live in a country with no law enforcement, to blame the murders on “thug culture.” Many of my fellow Americans were more willing to defend tragic deaths than to consider the possibility of an unjust system.

Through such interactions of my own and listening to the experiences of people of color, I quickly realized that racism is not a police problem: it’s a systematic problem.  And if I am part of this twisted system we have created, what does that say about me?  I hesitatingly began scratching at the recesses of my own subconscious, and what I found both shocked and humbled me. 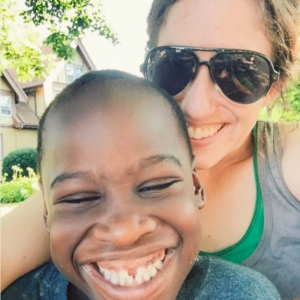 When walking down the street I was more likely to tense up while passing a group of young black men than a group of white ones. If I witnessed a white woman lose her temper with an unruly child in the grocery store, I would be more likely to give her the benefit of the doubt than I would be with a black woman. In conversation with a person of color, I tended to assume their level of education was lower than that of a white person the same age. On and on it went, my own prejudice glaring at me everywhere I turned. Despite the fact that I had black friends, adopted a black child, and was raised in a vehemently anti-racist home, the subtleties of our nation’s ugly history had wrapped themselves into my subconscious nonetheless. The clarion call for racial justice that I had been trying to send out had been pointed in the wrong direction.

I will never stop trying to open eyes to the cause of racial equality; it’s a part of what I feel God has called me to do, both professionally and personally. But I’ve come to understand that I can’t ask others to do something I am not willing to do myself, and recognizing racial bias is not a one-time exercise. For the sake of my beautiful boy- and the millions like him- I will continue to root out systematic racism from my own consciousness first and foremost, and from there extend the challenge to my community and my country.

The United States of America has roots in slavery, oppression, segregation, and injustice towards Blacks. We have tried to lop the top off the tree and declare it cleared, but root systems grow deep and wide. What I’ve come to understand in the past six years is that it’s unreasonable to think that such a gnarled system could be made new in one generation without serious, intentional work from every member. I want all three of my sons, black and white, to grow up in a nation where there is truly justice for all. So as for me, I’m committed to doing my part.

Shannon Evans is a writer in Iowa. Learn more about her here.