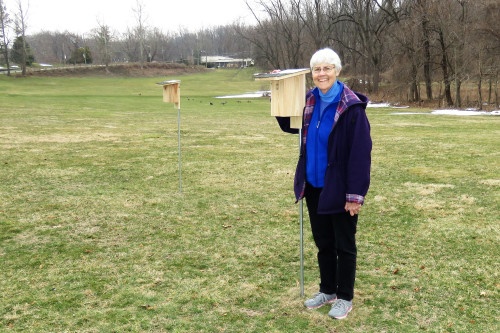 On a Saturday morning in March, a group of activists, children, immigrant families, one ornithologist, and one Catholic Sister set out to build homes for a population that has long been homeless: bluebirds. The group was gathered among hammers and blocks of wood to construct five bluebird houses for Mariandale Retreat and Conference Center. At the heart of the task was Dominican Sister of Hope Bette Ann Jaster, OP.

The idea of housing bluebirds sounds charitable, or at least aesthetically pleasing. But, Sister Bette Ann’s efforts go much deeper. Throughout her ministry of preserving and protecting Earth, Sister has become well-versed on invasive species: plants and animals that hog the resources of a particular area and therefore starve out other species and throw the entire ecosystem off balance. As she’s learned about such species, Sister has learned that Eastern Bluebirds (the species referred to here as “bluebirds”) have been particularly disadvantaged due to lack of trees, a decrease in wild berries and other food sources, an increase in regional temperatures, and especially an increase in invasive species of birds, such as House Sparrows. In addition to out-competing bluebirds for woodpecker holes and other natural nesting cavities, House Sparrows chase away and kill bluebirds. 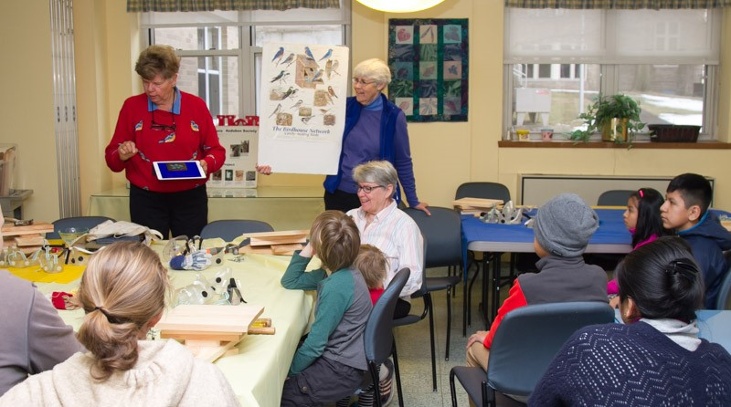 Sandy Morrissey educates the team on the Eastern Bluebird

As a result, the population of bluebirds in New York, among other states, has significantly decreased.

Mariandale’s campus has many features that bluebirds find attractive, such as open pastureland, mowed grass, and little-to-no traffic. Sister Bette Ann knew that she wanted to find a way to create a safe home for the birds at Mariandale, but she didn’t know how.

“Bluebirds are so important, but they’re dying from a lack of habitat,” Sister Bette Ann says.  “They provide a practical service by eating bugs, and they provide visual beauty.”

“They provide onlookers with a sense of wonder,” she adds. 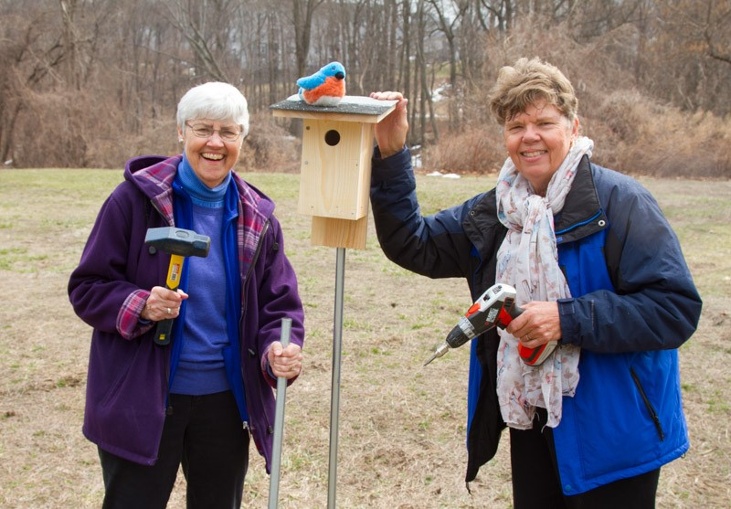 When Sister Bette Ann happened to run into neighbors who are experts on bluebirds, she felt it was a moment of true grace. They began chatting, and Sister Bette Ann mentioned that Mariandale is trying to plant eco-beneficially for the benefit of birds and bees and butterflies.

“I was excited about the possibility of maybe having bluebirds at Mariandale sometime, and I told them that, too,” Sister says. “I couldn’t believe it when they said they had a connection who builds and delivers bluebird houses!” 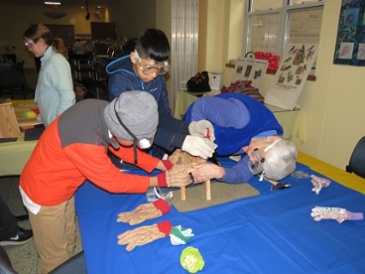 The team constructs the houses

“It was really amazing,” Sister Bette Ann says. “The hope was intergenerational. Parents and grandparents and kids were all participating; we learned together that everything in nature has a purpose.” 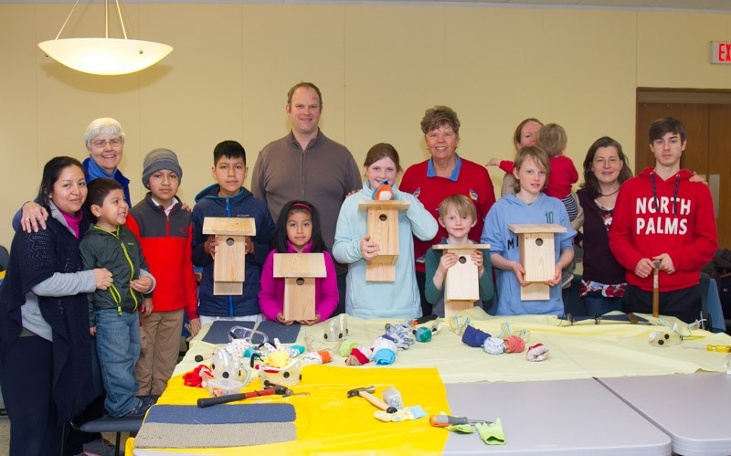 The bluebird houses, which are set on poles, are now move-in ready. Such houses have been credited with helping to usher in a “promising comeback” of bluebirds; ideally, these homes will grant bluebirds not only shelter, but also a place to reproduce and thrive right here in Ossining. As they provide homes to the bluebirds in our community, these structures signal hope.

“Everything has its niche,” Sister Bette Ann says. “Bluebirds are the official state bird of New York, so it makes sense that they should have a home here.”