Everybody Wants to Learn 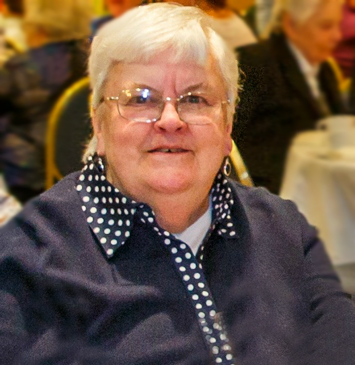 After teaching for thirty-seven years, Dominican Sister of Hope Linda Rivers maintains one firm belief: everybody wants to learn. Below, she shares her advice for keeping her cool in the classroom and connecting with every student, even those who are hard to reach.

I felt a calling all my life. I just had this feeling that’s where God wanted me. It started in first grade; I had Dominican Sisters. One of them was so kind and so gentle with all the kids. She was so gentle. She had one little boy in particular who had been with her for about four years: he was mentally challenged and he stayed with her for all these years. She was so kind to him and so gentle. She never yelled. It was amazing. So I had to see what this was all about! 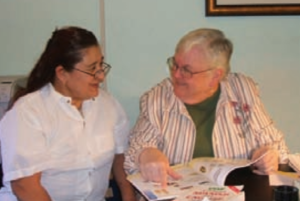 My first ministry was teaching. I taught for thirty-seven years. I taught third and fourth grade in Fall River, MA. Then I went to Plattsburgh, NY, and I taught first grade (I went from fourth grade to first grade; I thought I was going to go crazy!) But I loved it. They came in knowing nothing and you could see them develop with reading and math; it was amazing. Then I went to New Haven, CT, for thirteen years. After that, I went back to Massachusetts. I taught first, second, third, and fourth grade during those years. The largest group I ever had was forty second-graders in one classroom. 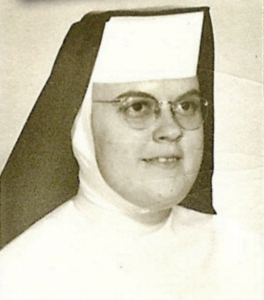 That’s a lot of students! What did you do about the kids who weren’t so enthused to be there?

Something might be blocking that desire—maybe they’re too young to go through a certain thing at a certain time and they’re being forced into it. Maybe they’re saying they don’t want to do it because they think it’s too hard for them. Many things can block kids and turn them against learning.

But I think everybody wants to learn.

In many kids’ lives, there’s never a quiet time. Even at home, many times, kids didn’t know who was going to be home when they went home. Or they were staying after school for long periods of time.

All of this can interfere with the learning process; it can be psychological. You can work one-on-one with a child until they see the light –and you can see it flashing on in their brains—to bring that love of learning back. But, the older they get, the more compounded the problems become. So, many older children say they don’t want to learn because they’ve had so many things compound them that they can’t see the joy in it anymore.

It’s a lot easier, especially for a teenager, to say ‘I don’t want to do that. That’s no fun. I’m bored.’ than to actually learn. And, the truth is, you can’t make a child learn if they don’t want to. But I really believe that they all want to. 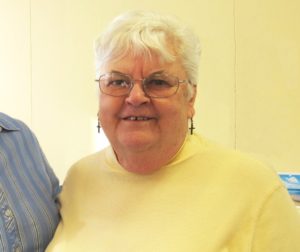 What are things that made you successful as a teacher?

I think I had a good sense of humor. When I was able to be normal and natural with children, I loved teaching  and it was very easy. But, when you were disciplining, it was stressful. To me, being able to be natural in the classroom…

I couldn’t ask for anything better. I would laugh; the kids would laugh. And then we would stop and get to work.

I was always there very early, because I wanted to feel prepared. If you felt prepared, they felt prepared. Kids who came in late or felt rushed were already a step behind other kids, and the same goes for the teacher. If you get in late and you’re going through your books while kids are already there, you’re going to lose them.

I’m also very organized, so I was always prepared with plenty to do.

There’s a bit of being always prepared. Be yourself. Have a sense of humor.

Talk naturally. Increase their vocabulary; don’t decrease your own.

After thirty-seven years teaching, you went on sabbatical. How was that?

It wasn’t as stressful as I thought it would be. So I didn’t think I would go back to teaching; I had gotten to a point where I knew that they needed somebody younger to be in the classroom. On retreat, one of the places I went was Siena Spirituality Center in Long Island, which hosted Dominicans from around the world. I love that place. I asked them if I could go back there to work. On the Feast of the Annunciation, I received a letter from them announcing to me that I would be the first non-Amityville Dominican to work at the Center.

While I was there, Sister Nancy Erts finished working at Saint Louis. She came to Siena to work, too. We’re now both working at Mariandale Retreat and Conference Center.