Going Where the Hurt is: My Experience in El Salvador 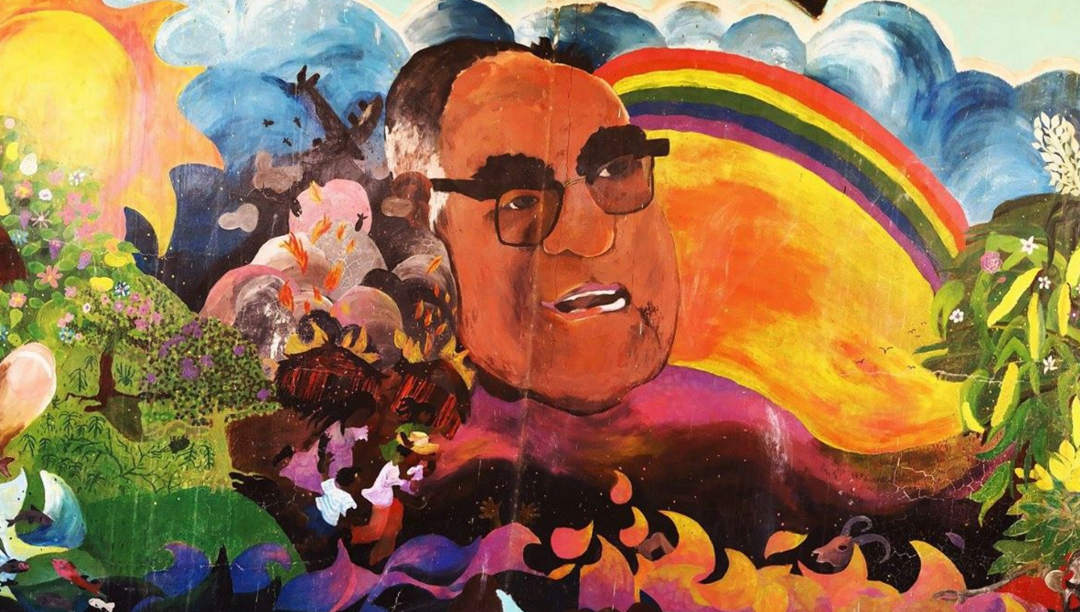 I pause on this foggy, gray day to ponder the familiar words of Martin Buber, “We must go throughout these grey days as bearers of glad tidings.” As Dominican Sisters of Hope, we live in hope, and life continues to intervene, challenging our hope day after day.

Three years ago, I traveled to El Salvador with a delegation of women religious from the US to a beautiful 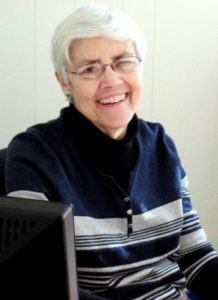 land of mountains and sea, coconuts, papaya, roses, flowering bushes, grasses and trees.
(The 2015 delegation is in El Salvador now, with Sister Margaret Anderson representing our Hope congregation.) I was privileged to visit an ancient cottonwood tree, a living memorial at the site in Chalatenango where on December 2, 1980, four churchwomen were murdered by military men in efforts to squash the gospel as lived by these holy women, Ita, Maura, Dorothy and Jean.

We visited the site where, on March 24 of that same year, Archbishop Oscar Romero was gunned down during the liturgy in a small chapel by a gunman who shot him to death through the heart. As we sat in the same chapel thirty-two years later, we listened to his last homily on a tape and we also heard the single shot ring out. Stunned, we then walked solemnly to the altar and viewed the photos atop it. I was struck by the photos of him, lying in a bloody pool on the floor, and the women who in their shock and grief picked him up and carried him. The women carried him.

Immediately, I thought back to Mary Magdalene who was the first to see Jesus at the tomb from which He rose from the dead. He sent her to tell the disciples. She carried Him. Then I thought of the four churchwomen who also carried Him as they lived the gospel among the suffering people of El Salvador, as they lived through the war and accompanied the people in their unbearable suffering and loss. And now it is we who are called to carry Him in our own day and time.

What does it mean to “carry Him” today? Who are we accompanying through their daily trials and tribulations? As some of us age or our life circumstances change, we can’t respond to needs around us as we used to. We are being called to respond to the emerging unmet needs of the world in new ways. 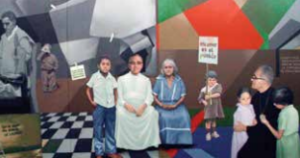 The memory and spirit of Archbishop Oscar Romero is kept alive in the art of modern El Salvador. Murals of the Archbishop are throughout the country.

We can accompany others who grieve and suffer in varied ways: by awareness, empathy, dialogue and prayer. For example: speaking up and sending out e-mails to demand gun control; getting facts on fracking, how it ruins the land and water of farmers who seek a quick fix to prevent the unbearable loss of farms; paying attention to people who are desperate for jobs, peace, and freedom; and supporting comprehensive Immigration Reform.

We can go to where the hurt is, even when we can’t fix or change it. Being present can bring confidence, support, and hope for the long haul. We can grow in solidarity and oneness.

While in El Salvador, we also visited UCA, the University of Central America. We saw both the colorful murals depicting the horrors of war and the resilience of the people as they celebrated with stories and dance in plazas. We saw a long wall of names of the murdered and disappeared during the civil war, as well as the colorful tombs of those who have died. We listened to the Mothers of the Disappeared and saw the written apology for the atrocities from the then president of the country. We were ourselves carried by the people who live the gospel daily in very difficult circumstances. They accompanied us pointing the way to resurrection.