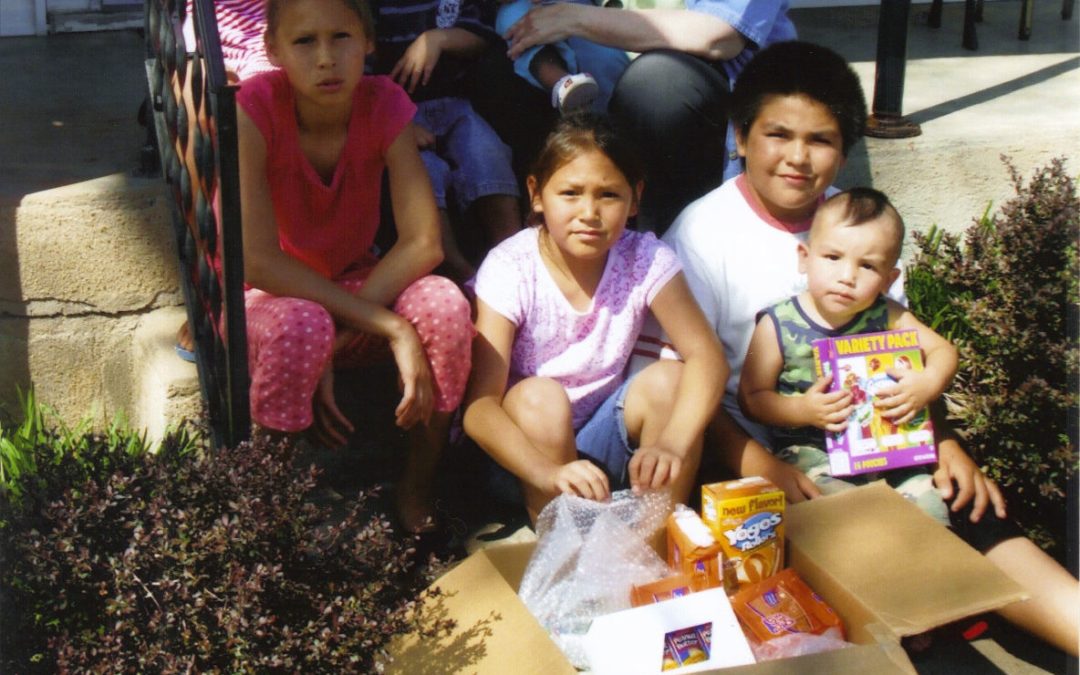 When Mary Ann Cirillo, OP, a Dominican Sister of Hope, moved to Oklahoma to minister to Native Americans, she did not have fond first impressions of the West.

“It was so hot, and the people talked very softly,” Sister Mary Ann recalled. “Indians don’t look at people when they talk out of respect for person.” Coming from a loud, Italian family in New Jersey, this cultural shift was an adjustment for Sister Mary Ann. She didn’t anticipate then that she would find a new family in the plains of Oklahoma.

Sister Mary Ann arrived in Oklahoma on September 6, 1990 to do advocacy work with the Cheyenne and Arapaho population, and, to her surprise, she was accepted into the community immediately.

Sister Mary Ann and her colleague, Sister Jo Ann, were invited into homes, as well as to benefit dances, funerals, weddings, and private functions. They were often asked to speak at services, and they still are. As Sister Mary Ann sees it, their loving acceptance by the people is no coincidence.

“The sisters were always accepted among the Indian community,” said Sister Mary Ann, noting that, since 1977, different groups of sisters have been present in Oklahoma. Sister Mary Ann and Sister Jo Ann see their acceptance as “a wonderful acclimation for those who went before us.” 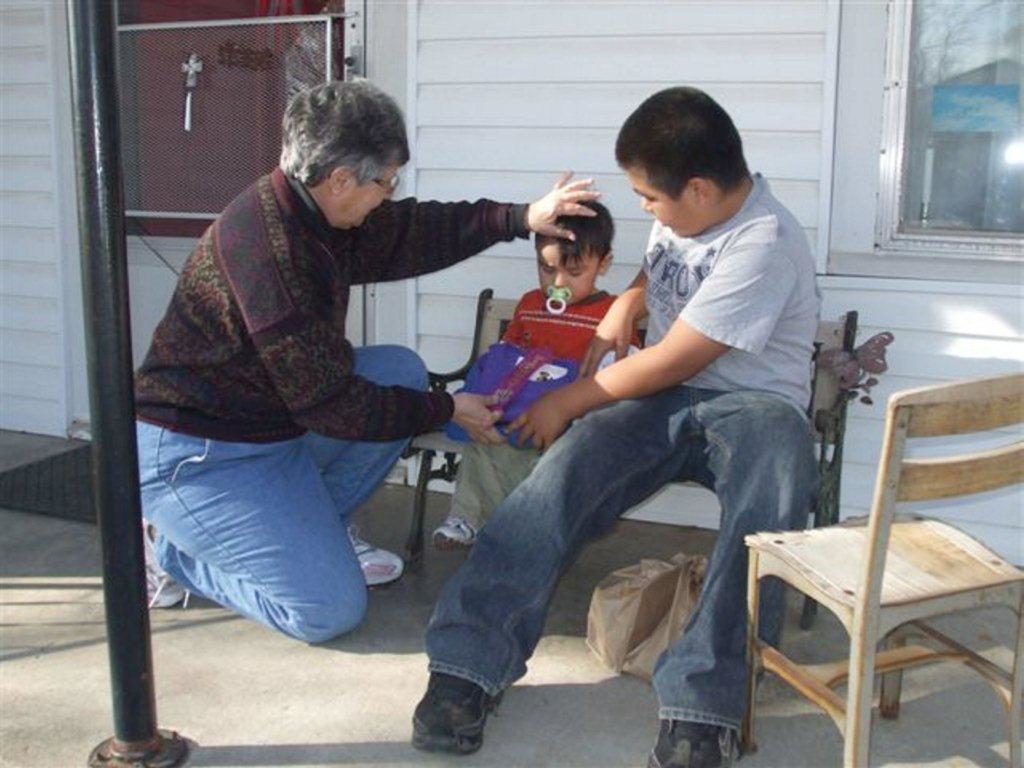 “The sisters have always been accepted because we walk the journey with them,” Sister Mary Ann said. “Our ministry was never to come and convert them to Catholicism. As another sister told me when I first arrived, ‘We came thinking we would do things for them, but we have found that it is better to do things with them.’”

Cognizant of this tradition, Sister Mary Ann wasted no time in getting to work. Her first ministry was to help to distribute clothing and food while living among the people in a town with a population of about 650. Though the town was small, the need was great. Each month, the Oklahoma Regional Food Bank of which the sisters were members distributed around 6,000 pounds of food. 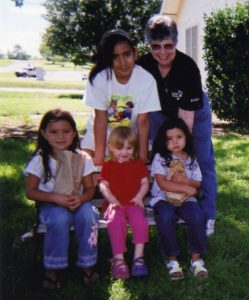 However, Sister Mary Ann quickly learned that, in addition to basic necessities, there was a need in the community for something else: presence. Afflicted with alcoholism (the Cheyenne and Arapaho tribes have highest rate of alcoholism among Native Americans) and wracked by poverty, the community at large hungered for the presence of hope.

“There’s a lot of hopelessness here,” said Sister Mary Ann. It is common in the community for children to drop out of school and it is rare for them to attend college. In general, (she noted that there are exceptions to every rule) children are not encouraged to do well in school. To make matters worse, many children don’t have parents at home.

“Some of these children are growing up in homes where there is no parent example—many of them are raised by grandparents, etc.” explained Sister Mary Ann. “Many of the parents have problems with drugs or alcohol, or they are just not physically present.”

“However, Sister Mary Ann quickly learned that, in addition to basic necessities, there was a need in the community for something else: presence.” 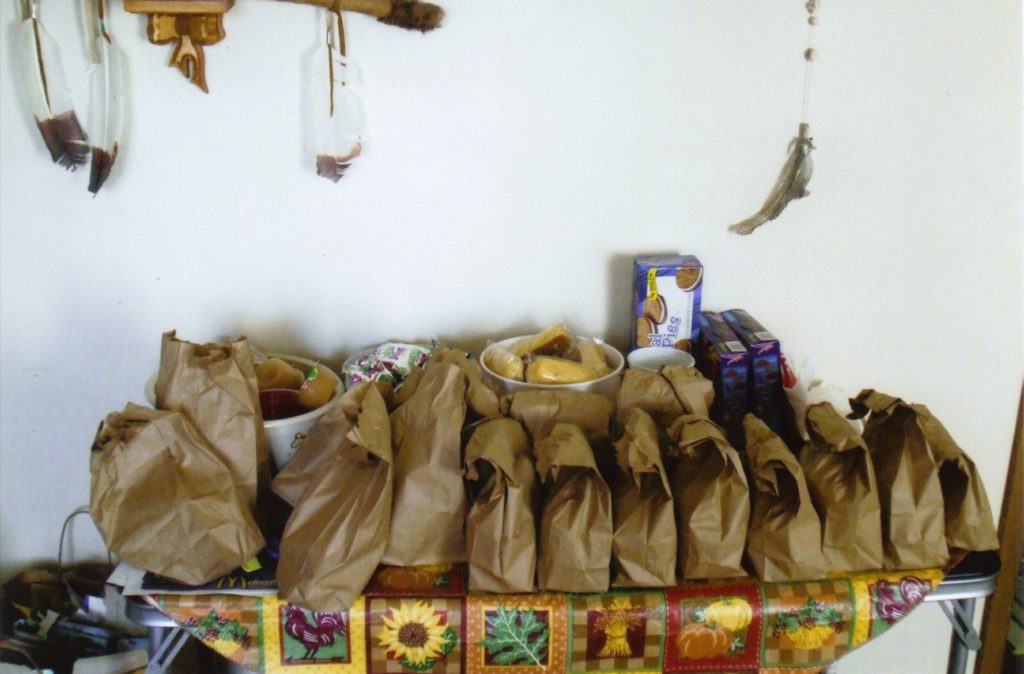 Sister-bags are lined up for the children

The sisters give out what are now known as ‘sister-bags,’ brown bags with a drink, a pudding, a spoon, a peanut butter and jelly sandwich, fruit, and an ice pop inside. (This was the sisters’ response to learning that many children have breakfast and lunch at school, but often don’t have much food at home.) In addition to handing out the snack bags, the sisters also read with the children, tutor them, and let them play with their cats.

Sister-bags are lined up for the children

Sister Mary Ann strives to be a source of physical, intellectual, and spiritual nourishment that kids might not get elsewhere. While she provides food, a safe haven, and reading practice, she also seeks to give children hope for a better future. She encourages the children to do well in school so that they can eventually attend college, find lucrative jobs, and kick the trend of alcoholism for good. 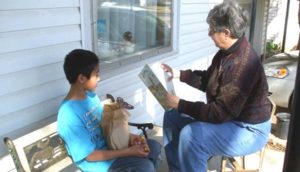