Meet the Sister Who, at 76, Has Embraced a New Ministry 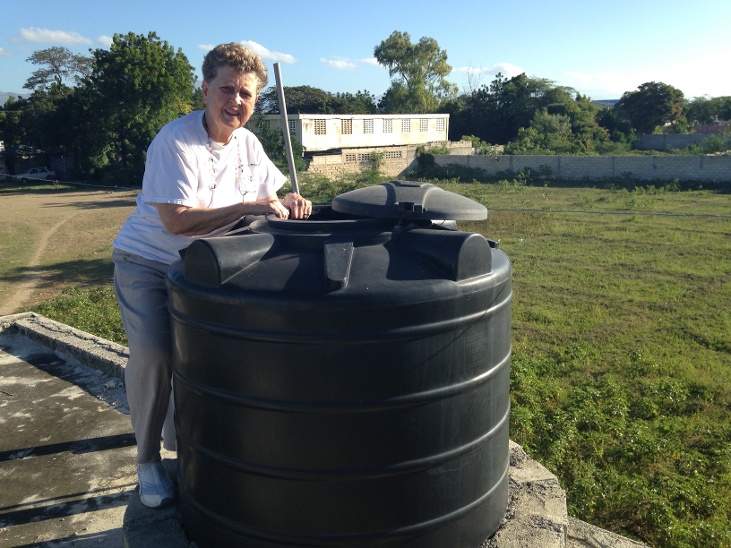 A few months ago, Sister Mary Headley had no plans to go to Haiti. She had just gone in 2015, and she was looking forward to a quiet holiday season at home. When her friend Dianne Moore of the Sisters of Charity of Saint Elizabeth called to ask her to come down, Sister Mary Headley politely responded that she would consider it.

“I just prayed and prayed so hard about it,” Sister Mary says.

Then, she went. For three weeks in November, Sister Mary Headley went down to Haiti to deliver over-the-counter medication, teach women how to filter clean water, deliver rice and beans to schoolchildren, and assemble Christmas stockings. Her biggest mission, though, was simply to accompany Sister Dianne and everyone she met in Haiti.

It’s all part of a new spirituality that Sister Mary has espoused since she retired from her fifty-five-year nursing career.

“I’ve had opportunities in which I was so full of fire and passion,” Sister says. Indeed, her track record is impressive. After serving as a hospice nurse for forty-two years, Sister Mary co-founded the nonprofit Rainbow Home of Berks County in Wernersville, PA and then served as a consultant for Christa House, a hospice founded to give poor AIDS patients shelter and companionship in their final days. (Afterward, she resumed nursing.) She now serves at Part of the Solution (POTS) soup kitchen, holds two Clinical Pastoral Education certifications (one Lutheran and one Catholic), serves as a eucharistic minister and volunteer at Calvary Hospital where she once was head nurse, and helps sisters with transportation to appointments and other needs.

Describing life as a “prayer journey” that requires us each to be with our God and with the silence in our hearts, Sister says that nowadays she’d “rather just be.”

“Just companioning someone allows me to draw from my wisdom of my own years in active ministry,” Sister Mary says. “I come closer to God through it.” 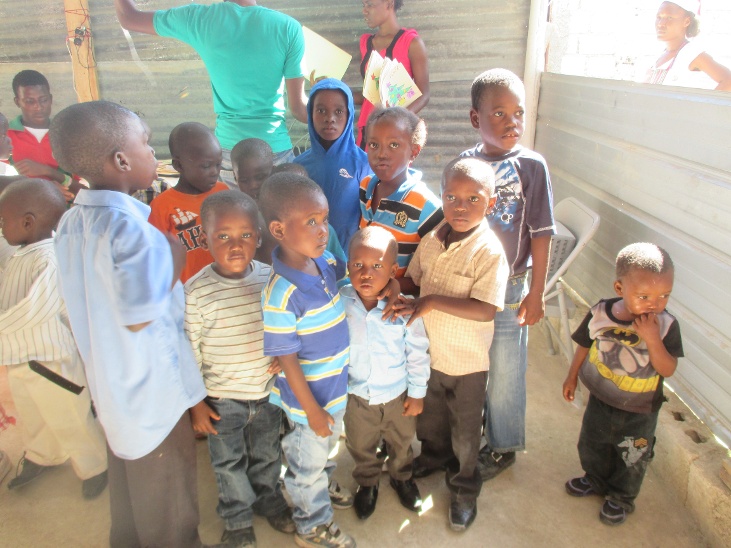 Still, as Sister Mary’s example shows, companioning is far from resignation. When she was invited to Haiti for the second time in two years, she packed her bags (“I had the invitation; what else did I need?” she says).

Such ministries are filled with challenges: after Hurricane Matthew, the people in Haiti are in desperate need of food, social services, infrastructure. At Calvary Hospital, Sister Mary ministers to patients who are in hospice, several had been fellow Dominican Sisters of Hope.

Yet, she continues to follow God’s call and maintain hope while doing so.

“It’s the Holy Thursday of discipleship. It’s the Good Friday of suffering and dying. It’s the Saturday of waiting,” Sister Mary says. “And then Easter Sunday there are Alleluias! It’s a wonderful, rich Paschal mystery that we have in life. And Hope is such an essential part of it all.”

As for where she’s going next, Sister’s goal is to focus on her spirituality and let God lead the way. Sister Mary has found special enlightenment in the words of Richard Rohr’s book Falling Upward: A Spirituality for the Two Halves of Life.

Expanding on a poem by Thomas Merton, Rohr writes:

In the second half of spiritual life, you are not making choices as much as you are being guided, taught and led— which leads to ‘choiceless choices.’ These are things you…absolutely must do because they are your destiny and your deepest desire.

Sister Mary says that her decision to go to Haiti was a “choiceless choice.”

“That’s what I’m about right now,” Sister Mary says. “I just want to keep walking and see where this leads.”