6 Myths about Family Separation at the Border 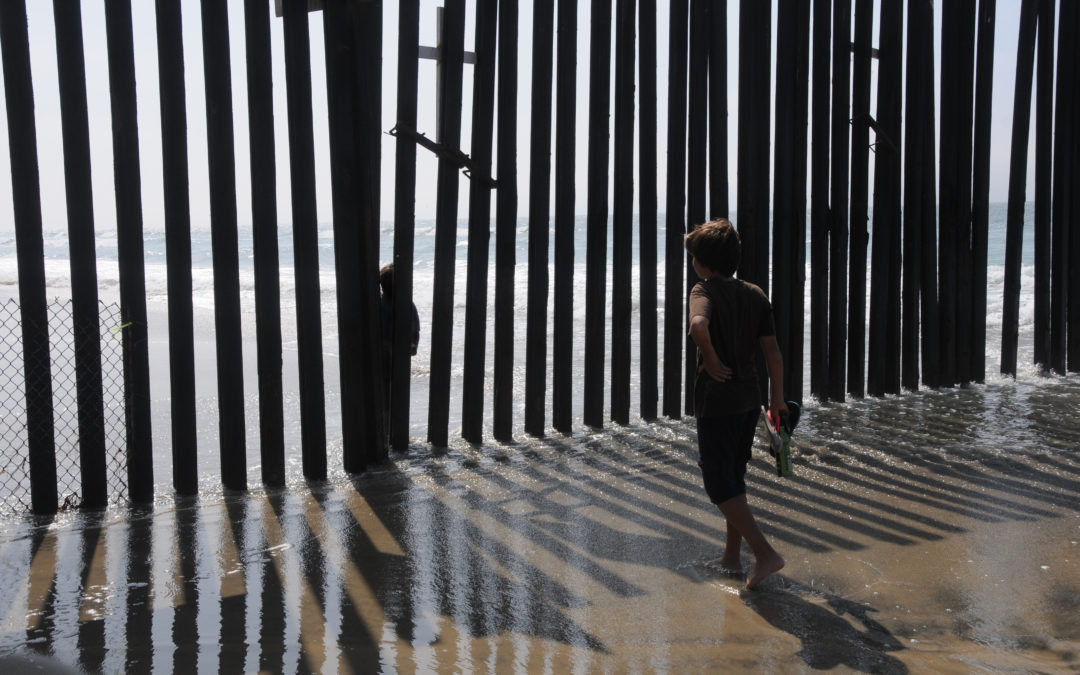 As the conversation around the separation of families at the border has escalated, we have been disturbed by a number of myths being propelled through public discourse.

As preachers of Truth, we would like to dispel some of these, both as they pertain to us and to greater American society. At the time of writing this, it was announced that President Trump signed executive order on keeping families together. Yet, because the “zero tolerance policy” will continue, we feel that these facts are still worth circulating and discussing here. Below, find six lies about family separation at the U.S. border, and the corresponding truth.

Presenting oneself to an agent to seek asylum is legal. Asylum seekers and refugees are not undocumented/illegal immigrants.

For those who seek to come legally, our badly broken immigration laws often prevent them from doing so. Sister Pat Jelly has watched as immigrants in her own community in New Jersey have been cheated, lied to, and robbed while trying to obtain legal status. At one point, after being honest employees with us for a number of years, a few of our own employees fled the country with their families as they were not able to receive legal status and were afraid of repercussions.

As Sister Pat says, “These people are not criminals. They simply want life. The real tragedy is our mixed-up immigration laws that do not enable people to get legal papers.”

Since 2011, we Dominican Sisters have taken a corporate stance that our present immigration law is badly broken and in need of reform: it ignores the human situation of separated families and the oppressive living conditions that force people to migrate.

We support a compassionate and comprehensive immigration law that:

But we’re not here to complain; rather, we seek solutions. Since 2011, we have actively

These parents just want a better life for their kids. And, when it’s not impossible to attain one legally, or when they’ve tried legal avenues but have been taken advantage of and robbed, what options are they left with?

Sister Debbie Blow has ministered in Nicaragua for over twenty years and has witnessed the devastation of poverty on families and communities. She was shocked when, while visiting from Nicaragua, a sister looked at garages next to homes on a street in the U.S. and remarked, “Your cars in America live better than our people.”

But poverty is just the beginning of the litany of issues that drives children to leave their homes and seek better lives in America. The vast majority of people in Central America are confronted with a lack of food, a lack of education, a serious lack of healthcare, plus violence, unrest, and drug cartels, to boot.

This state of despair is challenging to confront, but it must be confronted all the same. And a solution might require us to focus our gaze outside our own borders. The first step to beginning to consider this problem, Sister Debbie says, is to consider the source of it, and to ask how we might help in a long-term way.

“I’m not saying we necessarily keep all of these children, but I think it starts with an attitude,” she said. “This is an international crisis that requires a long-range plan to address the root causes of such situations and the present refugee crisis.” That’s why she has helped with community development, food access, building schools, building homes, creating medical centers, and more in Nicaragua for twenty years, and that’s why North Country Mission of Hope seeks to employ Nicaraguans from within local communities.

3. Obama Did the Same Thing

Prior to the “zero tolerance policy,” parents and children were held together pending asylum hearings and were also deported together, if the hearing did not grant asylum. Although detention centers still leave a lot to be desired, there was not separation under the Obama administration. When minors were held in custody, it was because they crossed the border unaccompanied, without adults. Comparing these two situations is not accurate.

4. We Don’t Care about Americans/We Care More about Foreigners

Since 1883, we’ve ministered to Americans in the United States. Currently, with the exception of one ministry in Nicaragua and one in Haiti, all 140 of our sisters minister in the United States and Puerto Rico. We have always maintained that we can do the most good in the communities in which we already live. However, we are mindful that our founder, Saint Dominic, was himself a Spaniard who immigrated to France and then Italy. Saint Catherine of Siena was Italian. Our ministries are almost entirely domestic, but our Order is proudly global.

5. We Don’t Care about the Integrity of the Family

We care deeply about families, which is why we have devoted our lives to ministering to them. From educating children to caring for aging parents and relatives to creating centers for moms and women battling cancer, we consistently seek to bolster family life with access to education, healthcare, meaningful work, language learning tools, spiritual guidance, community, and all necessary resources.

And, we’re not alone. The Catholic bishops and even Pope Francis have unanimously come out in support of keeping families together, calling new asylum-limiting rules “immoral” and rhetorically comparing the crackdown to abortion by saying it is a “a right-to-life” issue.

6. We Can’t Do Anything to Help

We can all take action. We sisters are proud to have signed a petition by religious leaders on the immorality of treatment of families at the border. Here are more steps that we have taken and we encourage you to take, too:

Suggested Text:  “I am [Name] from [CITY/TOWN], and as a person of faith [and Catholic sister], I urge the president to stop taking children from their parents, immediately. The administration’s policy of forcibly separating parents from their children is immoral. These families are entitled to the respect and dignity that is their God-given right. I value the sanctity of the family and firmly believe that the president should end this immoral practice immediately. He has the power to do it. Our faith demands it. And our national values require it. We are better than this.”

Connect with to your Senators and Representative(s).

A sample script:
“I’m your constituent from [CITY/TOWN], and [as a person of faith, and Catholic sister], I urge you to support policies that protect and unite immigrant and refugee families. The administration is detaining and prosecuting parents, and forcibly separating them from their children. I value the sanctity of the family and believe Congress should act to bring families together, not keep them apart. The president could end this immoral immediately. Unfortunately that seems unlikely. I call on you to do everything in your power to stop family separation. Congress should increase oversight over the Department of Homeland Security and urge them to end unjust policies and cut Congress should cut funding for harmful immigration enforcement that separates families.”

Show your support for keeping families together and treating them humanely.